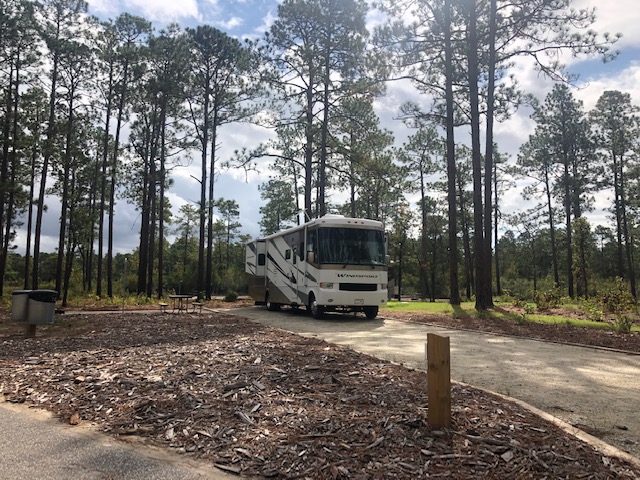 Jones Lake State Park, one of the oldest state parks in North Carolina first established in 1939, recently underwent some renovations and additions. The local park located in Elizabethtown held a ribbon cutting on Thursday, October 31, at 11 a.m. to celebrate their new additions made possible by the 2016 Connect NC Bond.

“We are celebrating our new campgrounds we have just opened at the Park,” Josh Copenhaver with the North Carolina Division of Parks and Recreation announced. 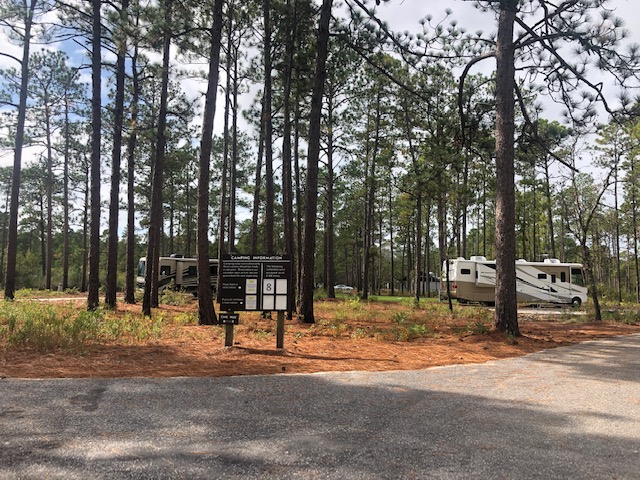 The State Park considered by some to be a hidden treasure in Bladen County now has six (6) new full hook-up RV campsites with electricity, water and sewer on each site. One of the new RV campsites is also handicap accessible.

There are 14 renovated tent and trailer campsites. Each campsite will have a tent pad, and a gravel drive. Each has a picnic table, firepit and lantern hanger. One of the renovated campsites is also handicap accessible with specialized grills and picnic table. 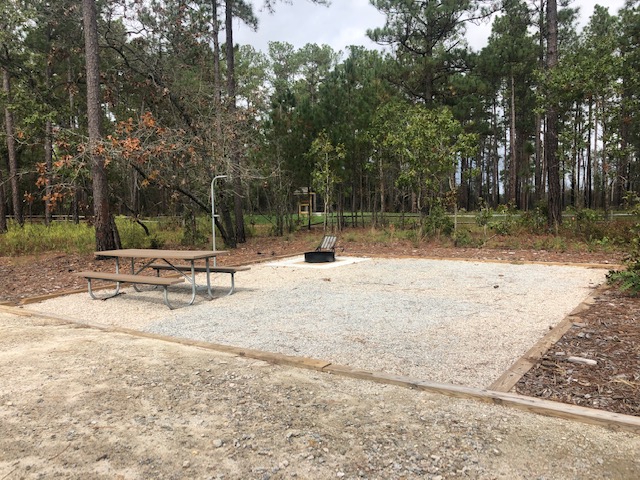 The Park also has a new shower house, with paved parking and is ADA compliant.

Before the improvements the park only had one campsite with electric and water access,  20 tent camp sites, and the bathhouse was built in the 1950’s and was not ADA compliant, according to Park Superintendent Shane Freeman.

The Connect NC Bond was introduced by former NC Governor Pat McCrory and NC voters overwhelmingly passed the bond in the March of 2016 election. The bond package was about $2 billion and was earmarked be used to facilitate projects at state parks, the University of North Carolina system, public safety, and the North Carolina Community College system. Jones Lake received $651,750  for their campground improvements, according to the State park Bond Project report.

Jones Lake State Park is comprised of 2,208 acres, which include Jones Lake at 224 acres and Salters Lake at 315 acres. Both Jones and Salters lakes are Carolina Bays, according to their website. 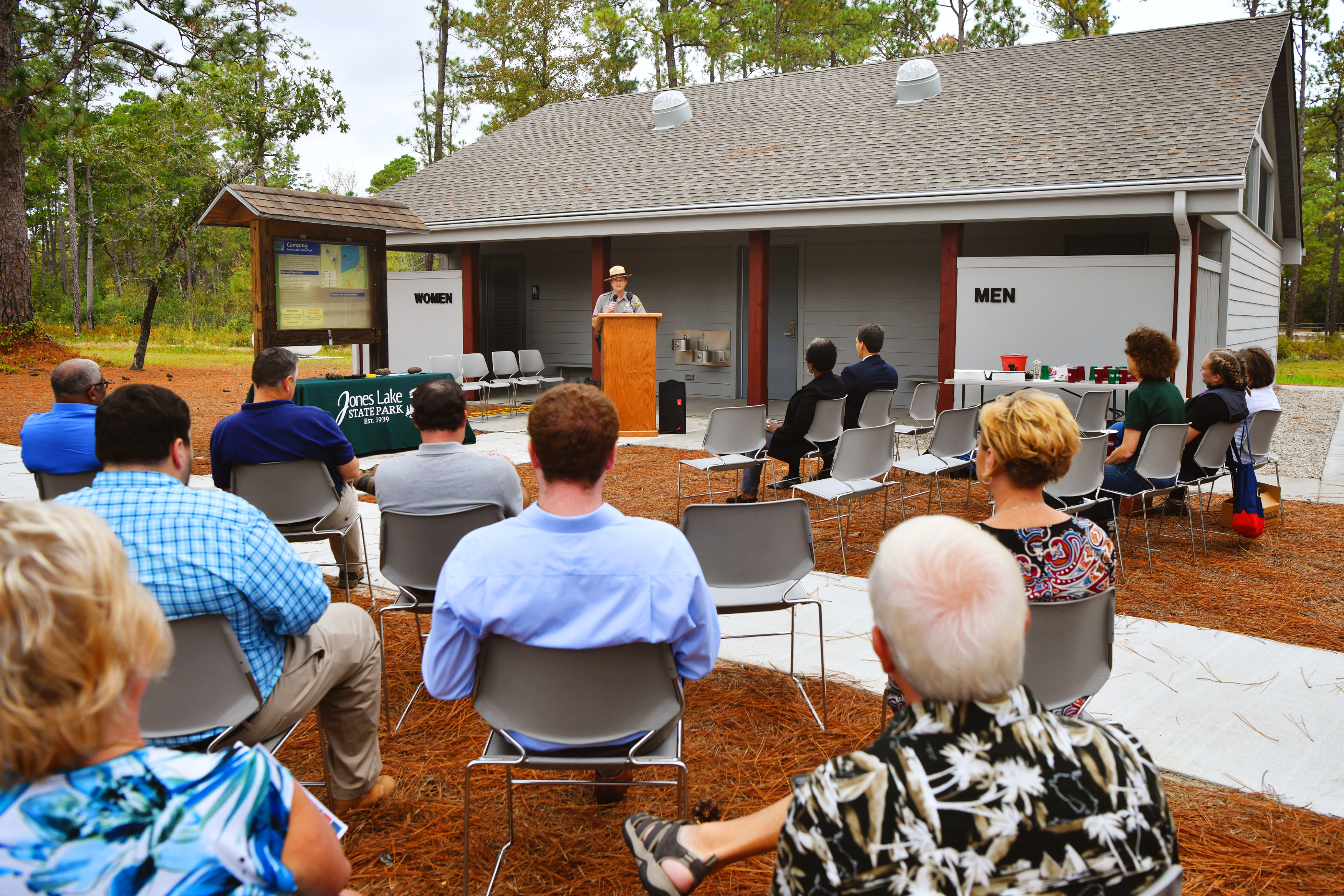 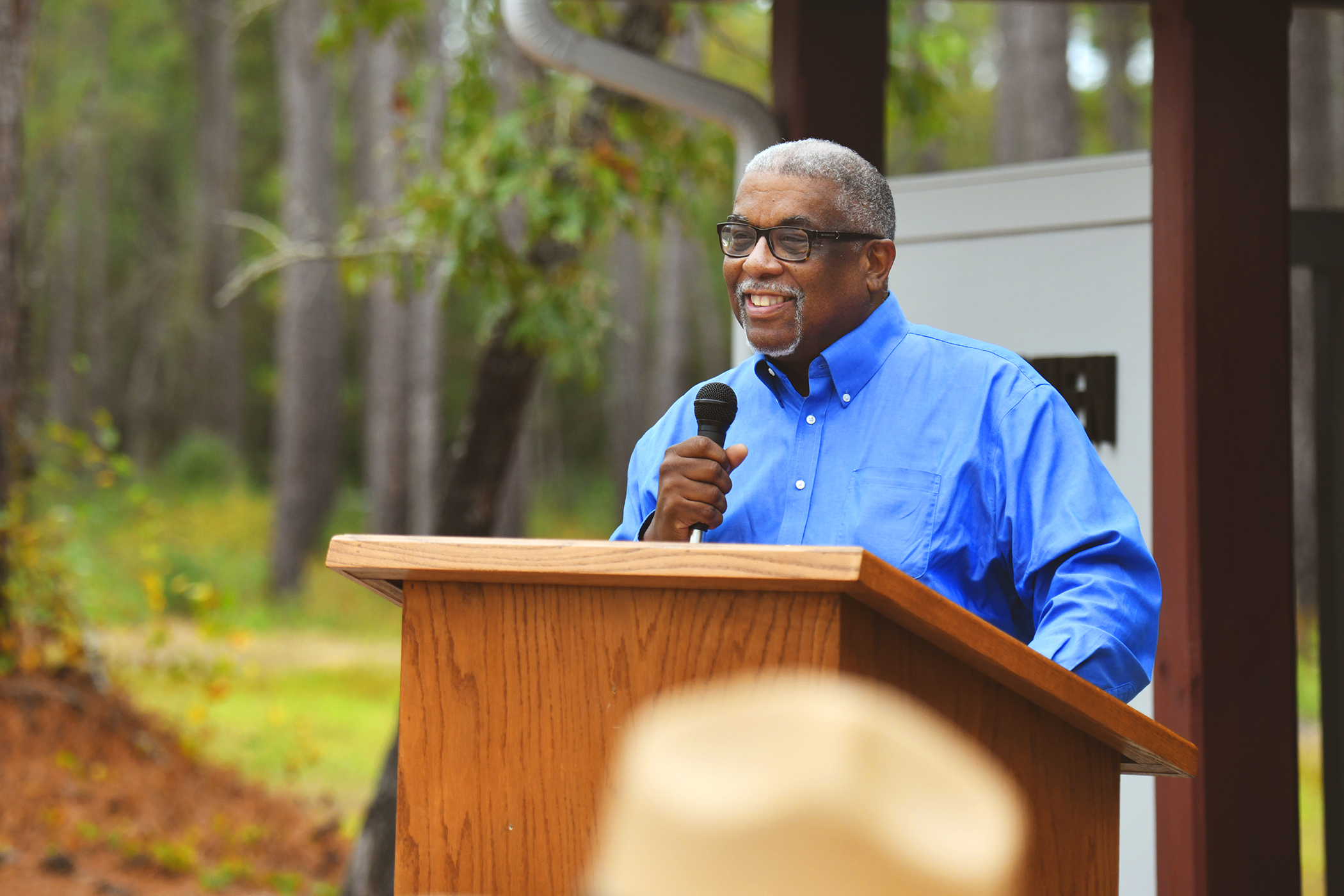 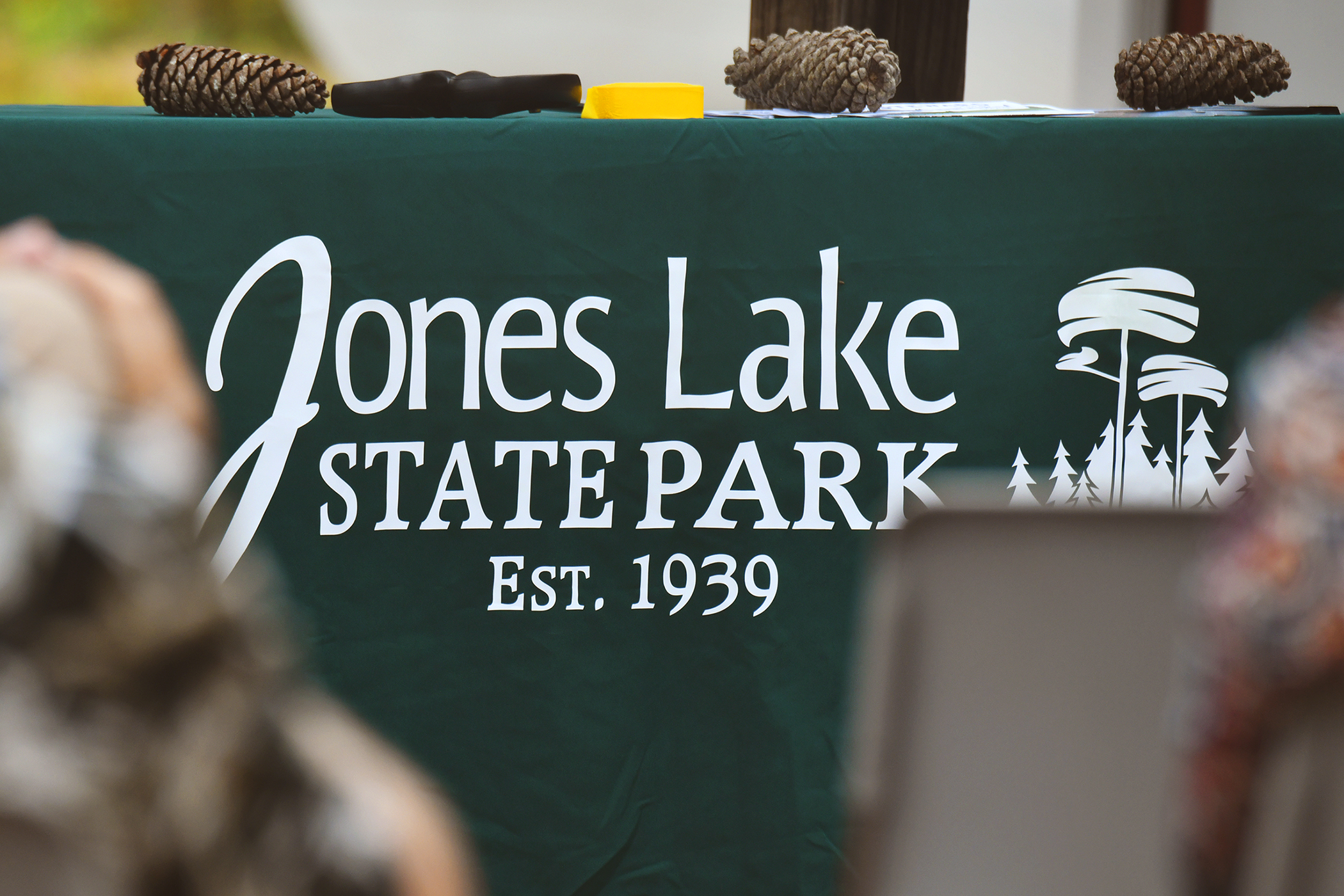 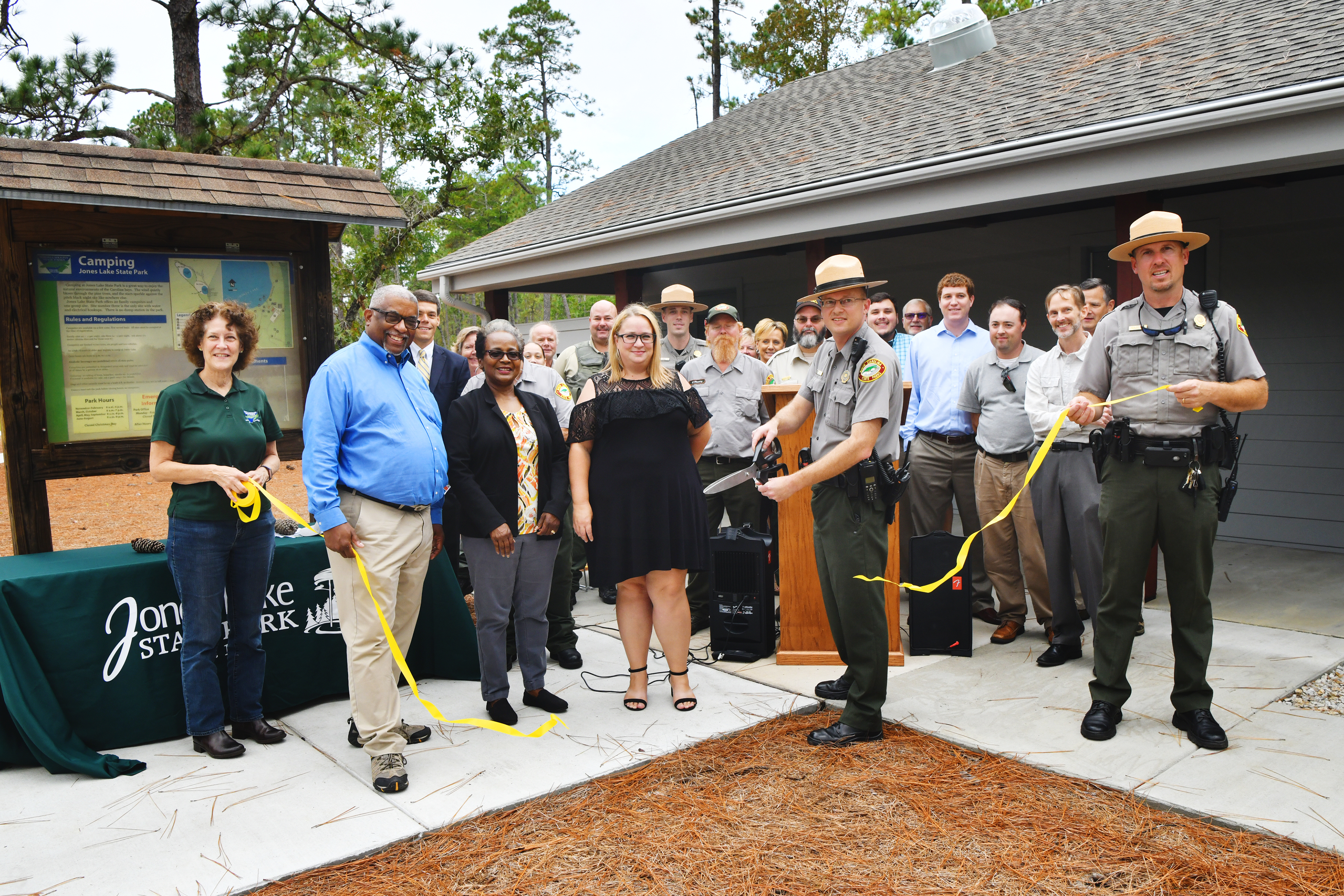