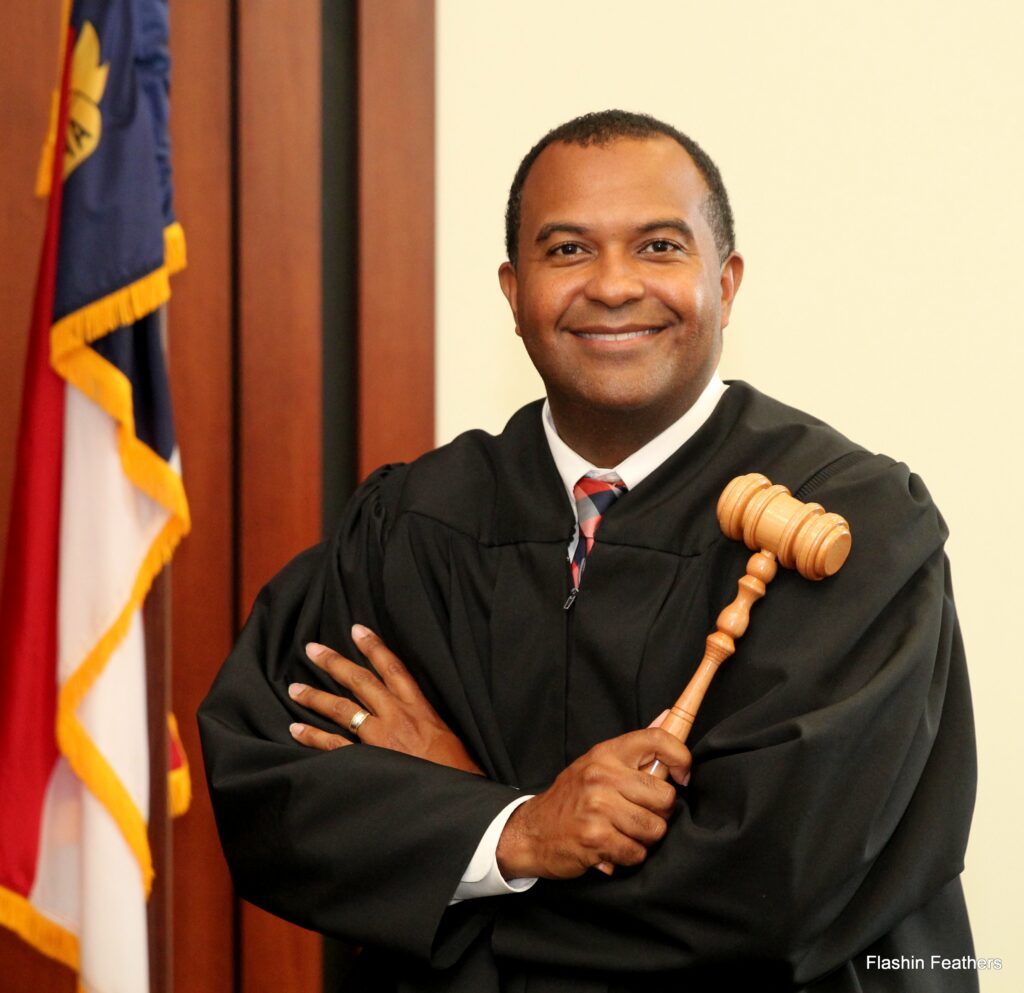 Judge Fred Gore ended his tenure in Bladen, Brunswick, and Columbus Counties as District Court Judge last week. He left his position with the district courts to serve with the North Carolina Court of Appeals.

Judge Gore posted on his social media account, “To say that I have been blessed is an understatement! As a young attorney, I dreamed of working hard and becoming a judge and making a difference. God blessed me with the opportunity to serve the citizens of my home district, where I grew up as a little boy! To leave the area and have the chance to come home and make a difference as a District Judge was humbling and deeply gratifying.”

He added, “I have worked hard every day to dispense justice fairly and impartially in a manner that treated people how I would want to be treated. I have worked with amazing people along the way and some have become like family, and for that I’m very grateful. As I shared with everyone in the courtroom, please know that the 13th Judicial District is not losing me you are just sharing me with all the trial courts across the state as I take my oath of office to the NC Court of Appeals!”

He came from simple beginnings in Supply, NC.

In November of 2014, he was elected to serve Brunswick, Bladen and Columbus Counties as District Court Judge. Fred, his wife Shannon, and twin sons call Whiteville, NC home, where they enjoy the love of the outdoors, according to http://judgefredgore.com/about-judge-gore/.