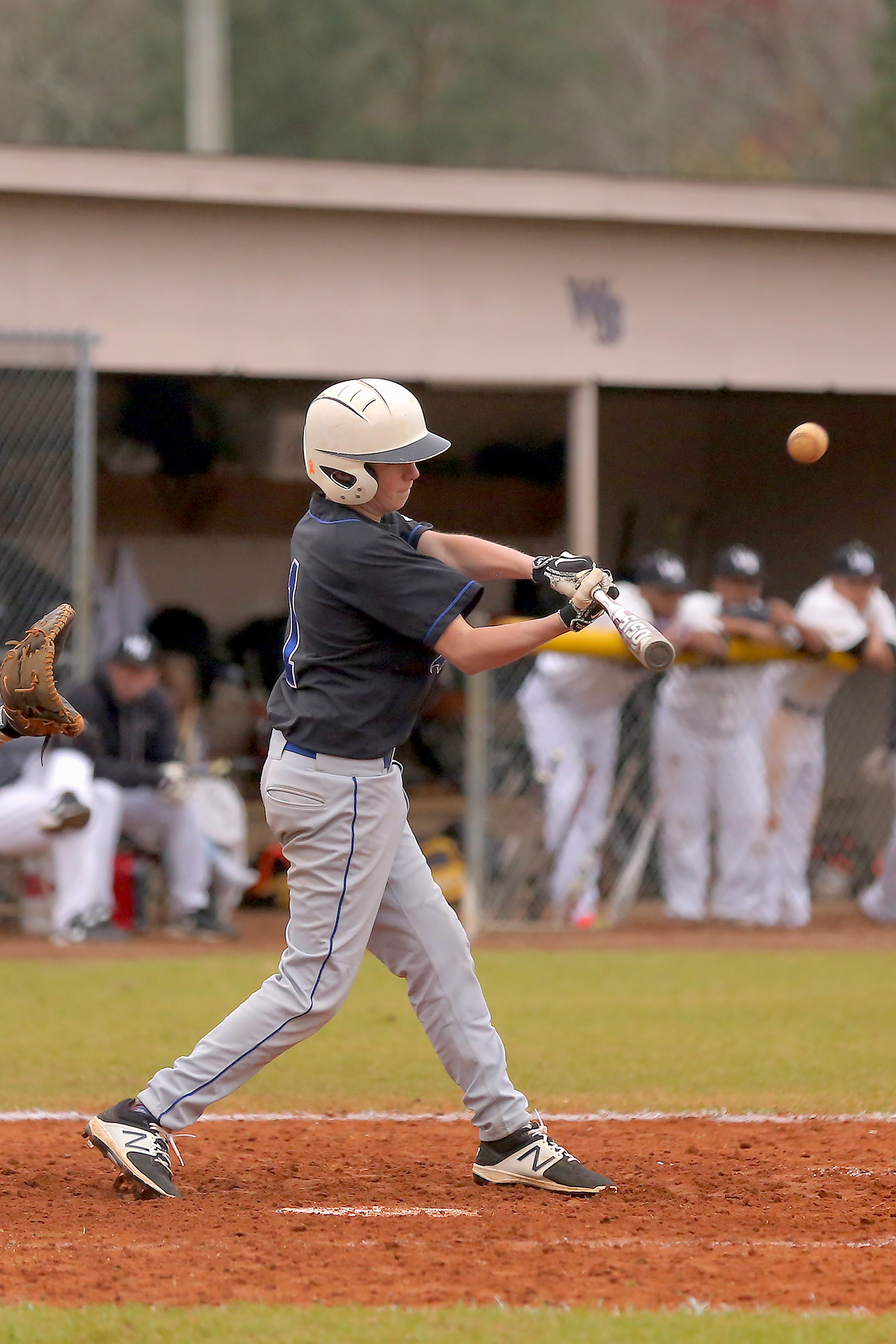 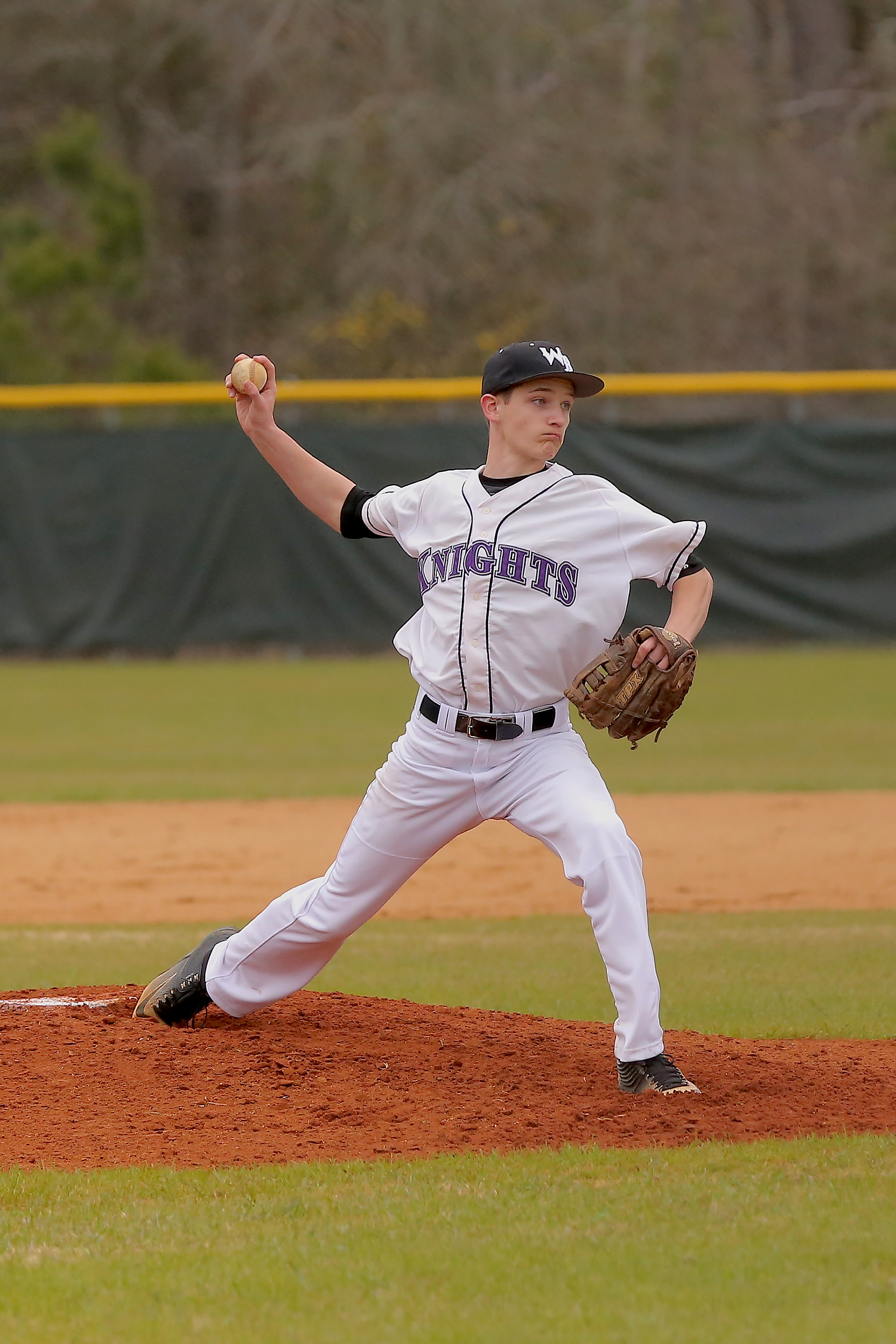 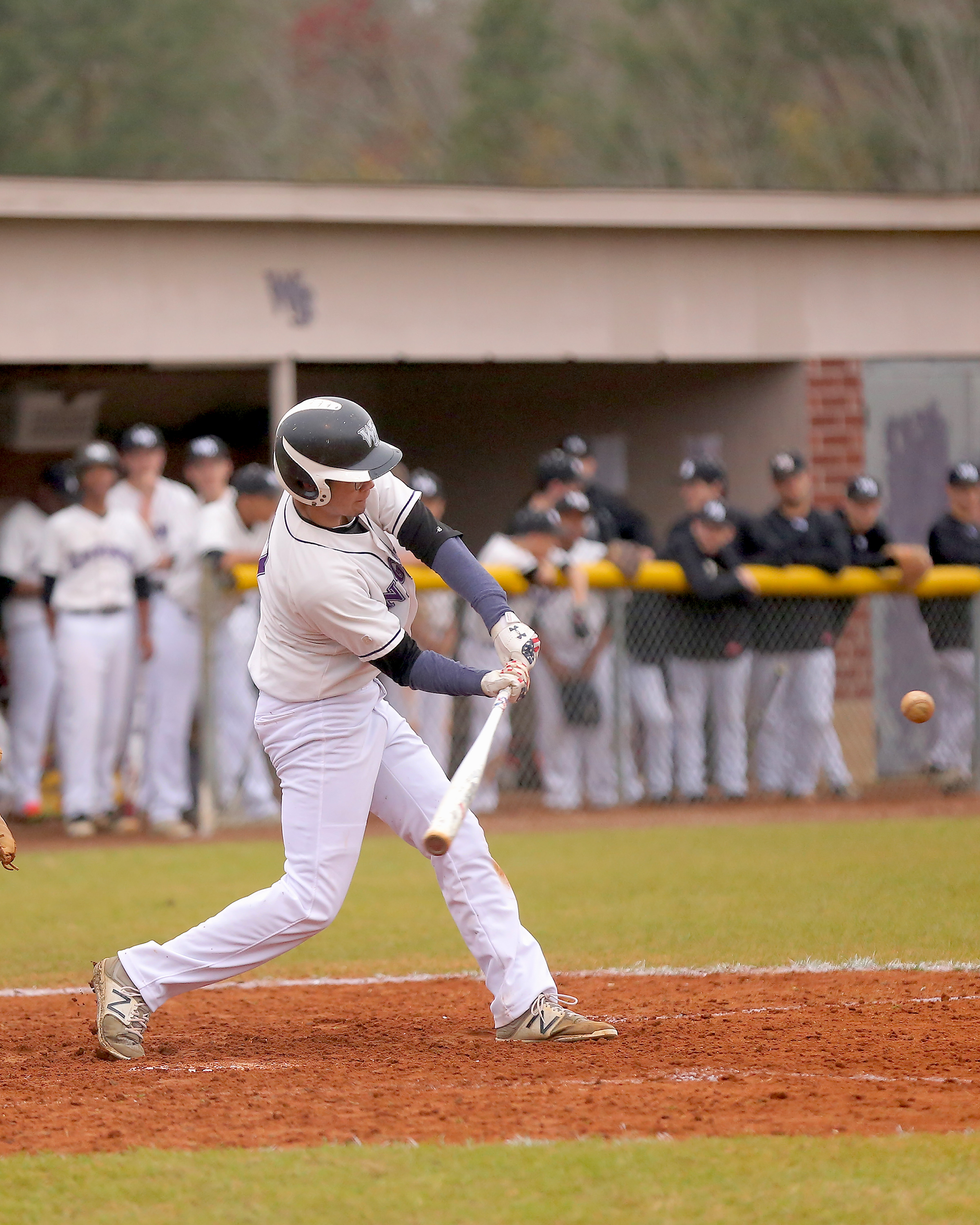 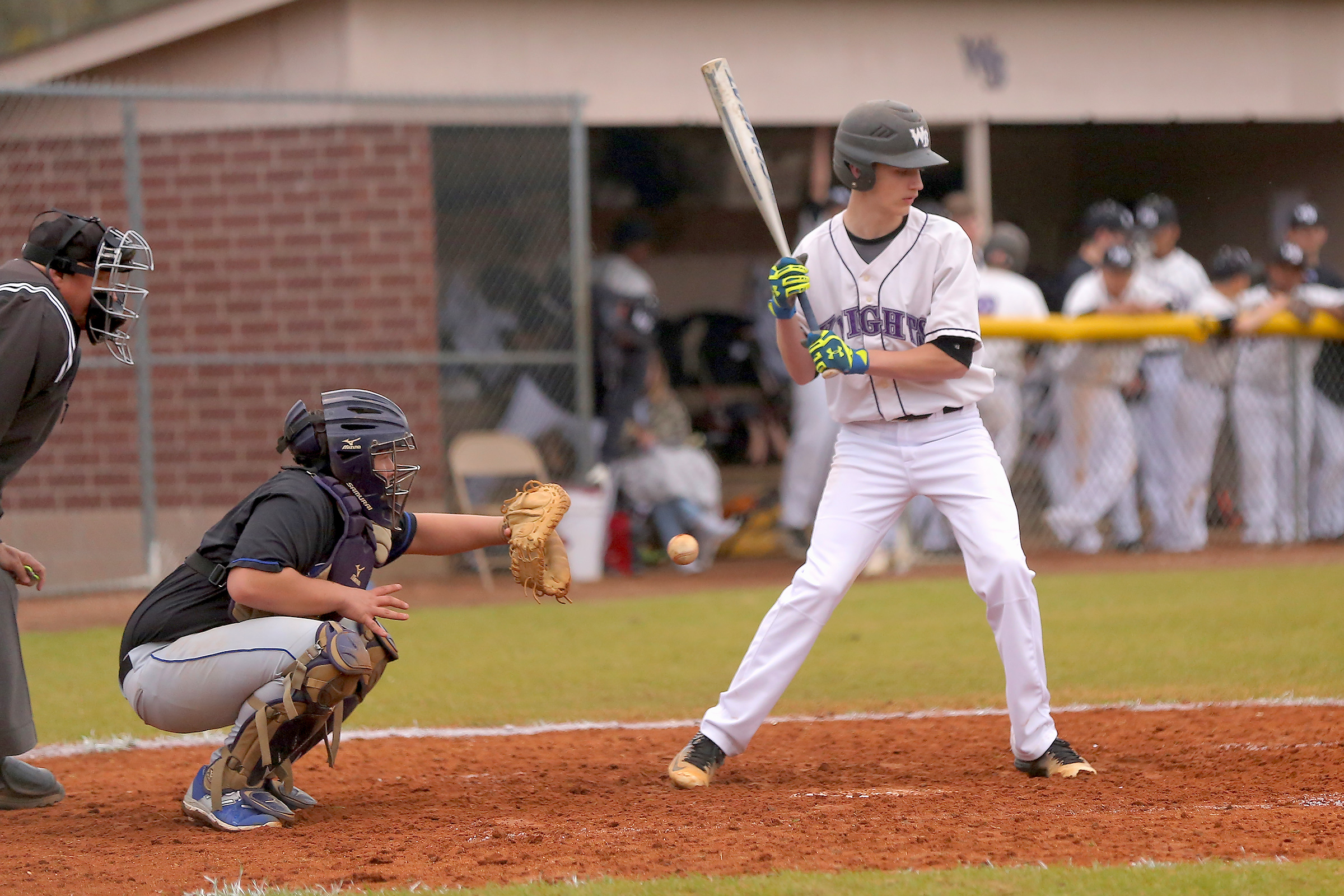 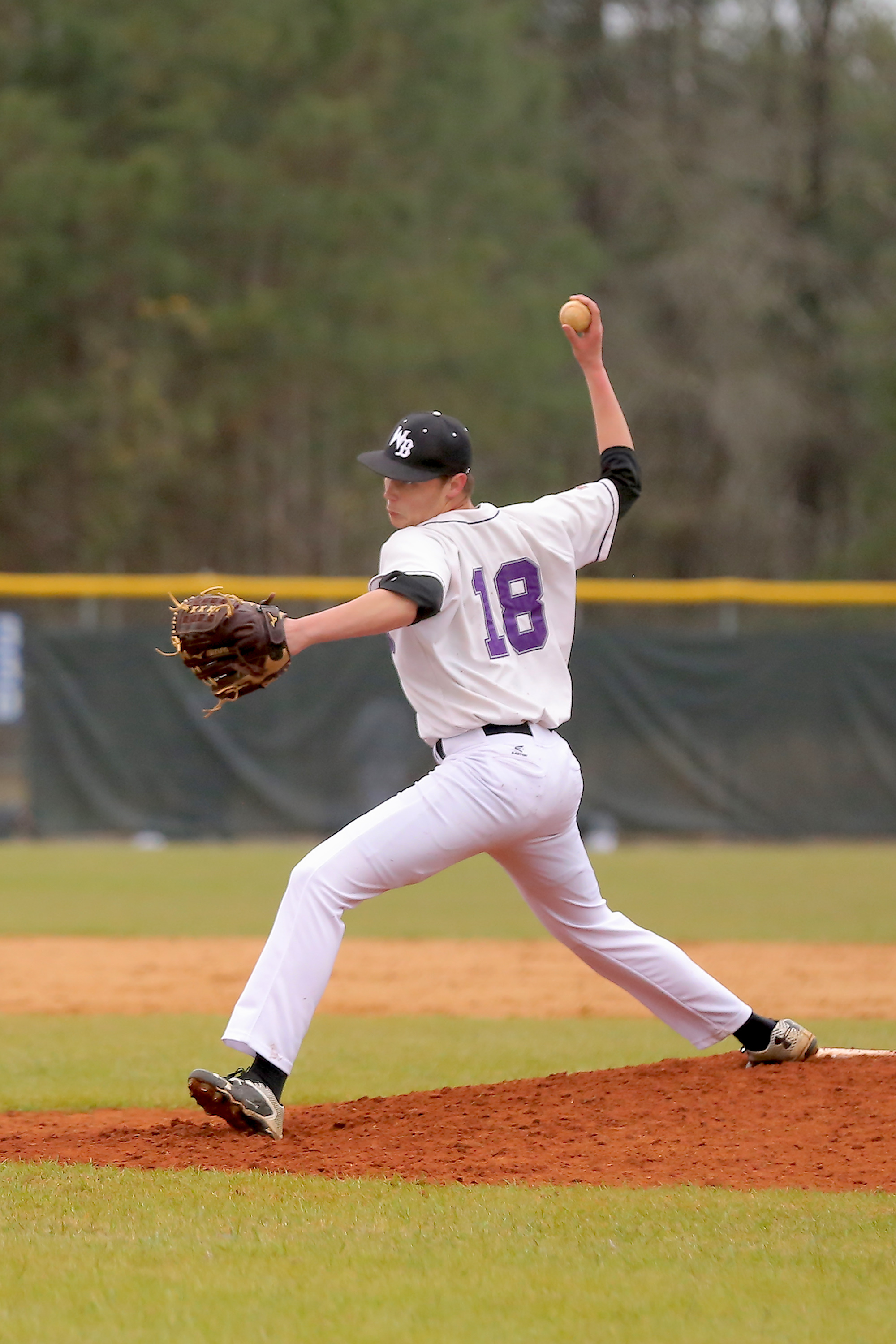 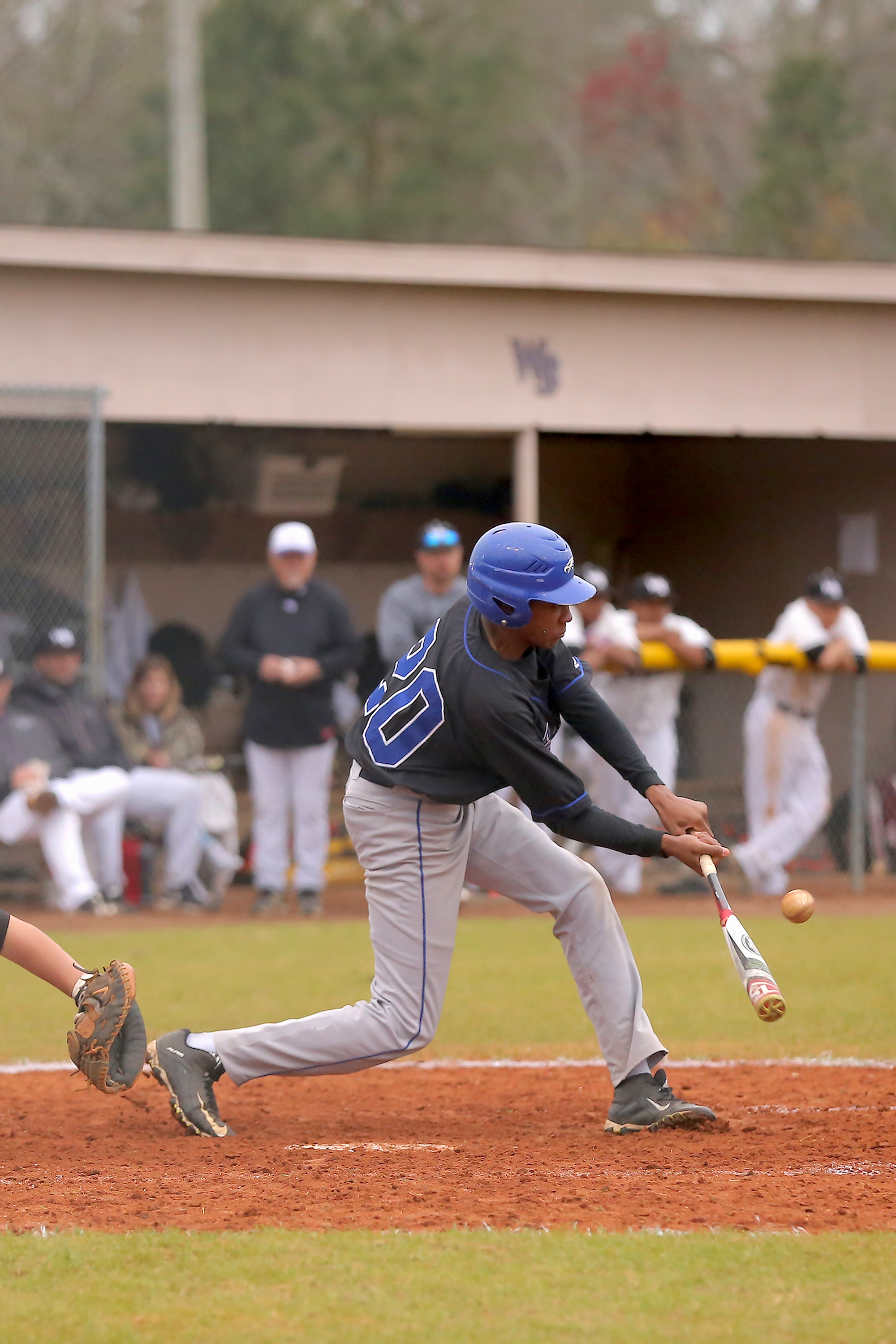 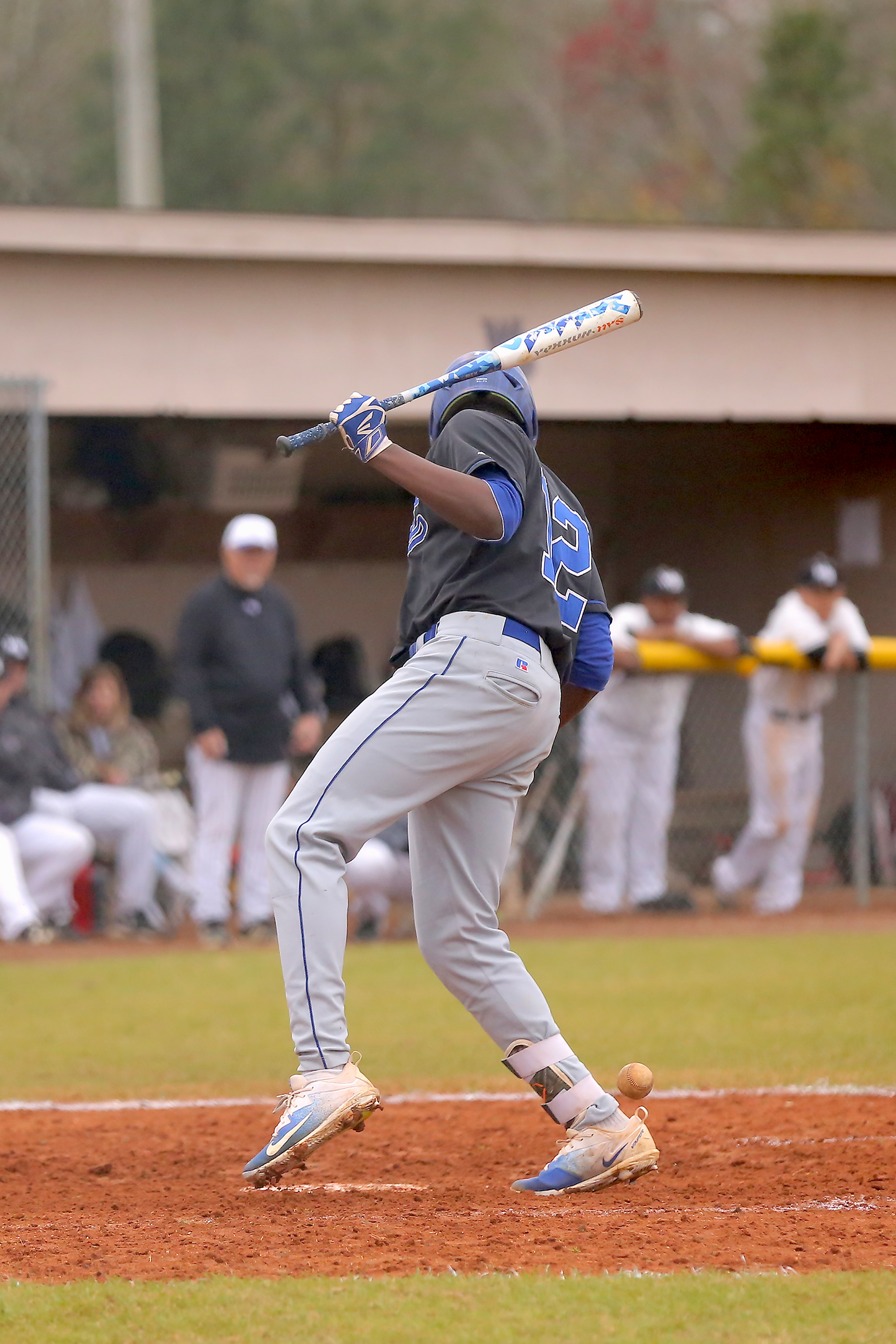 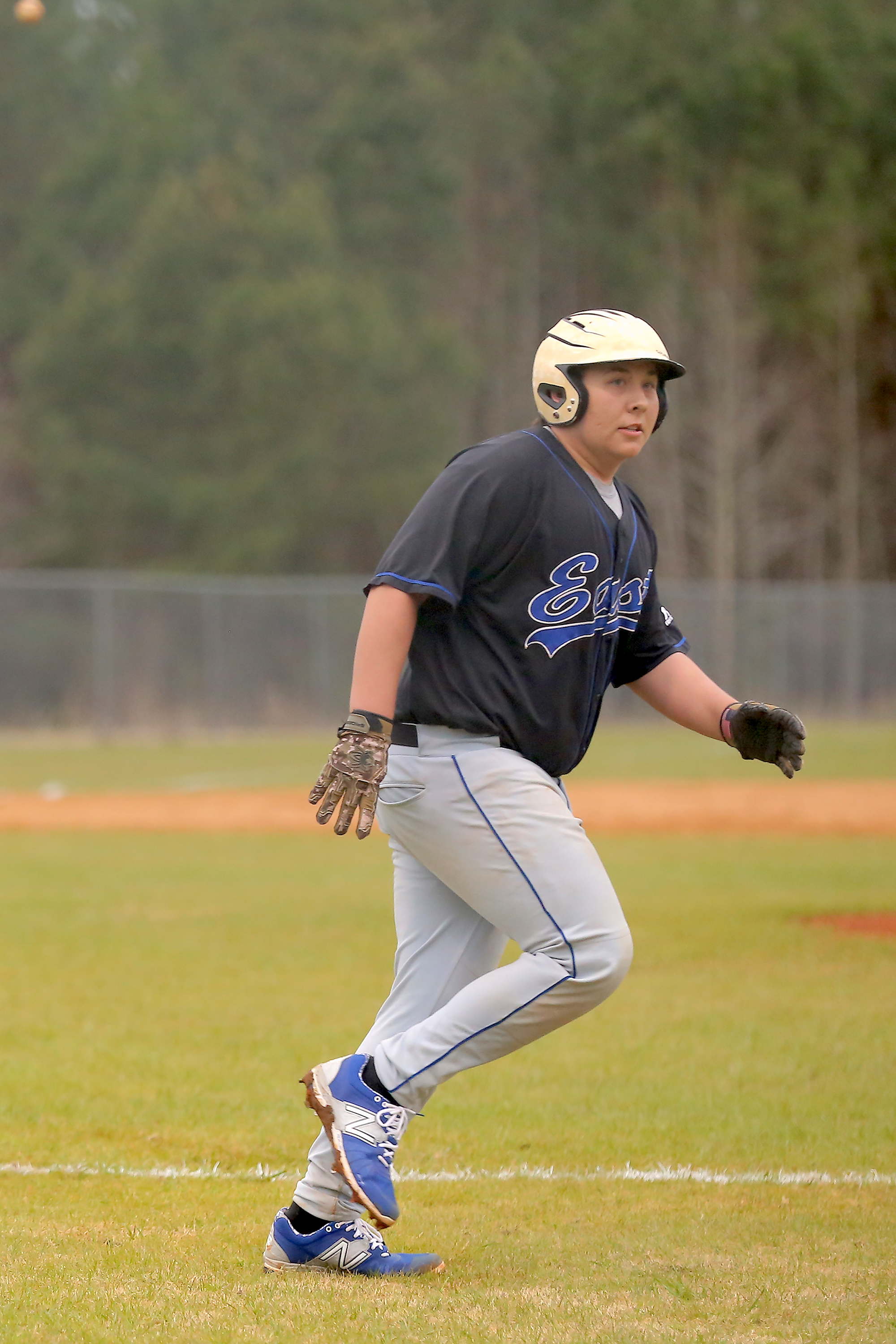 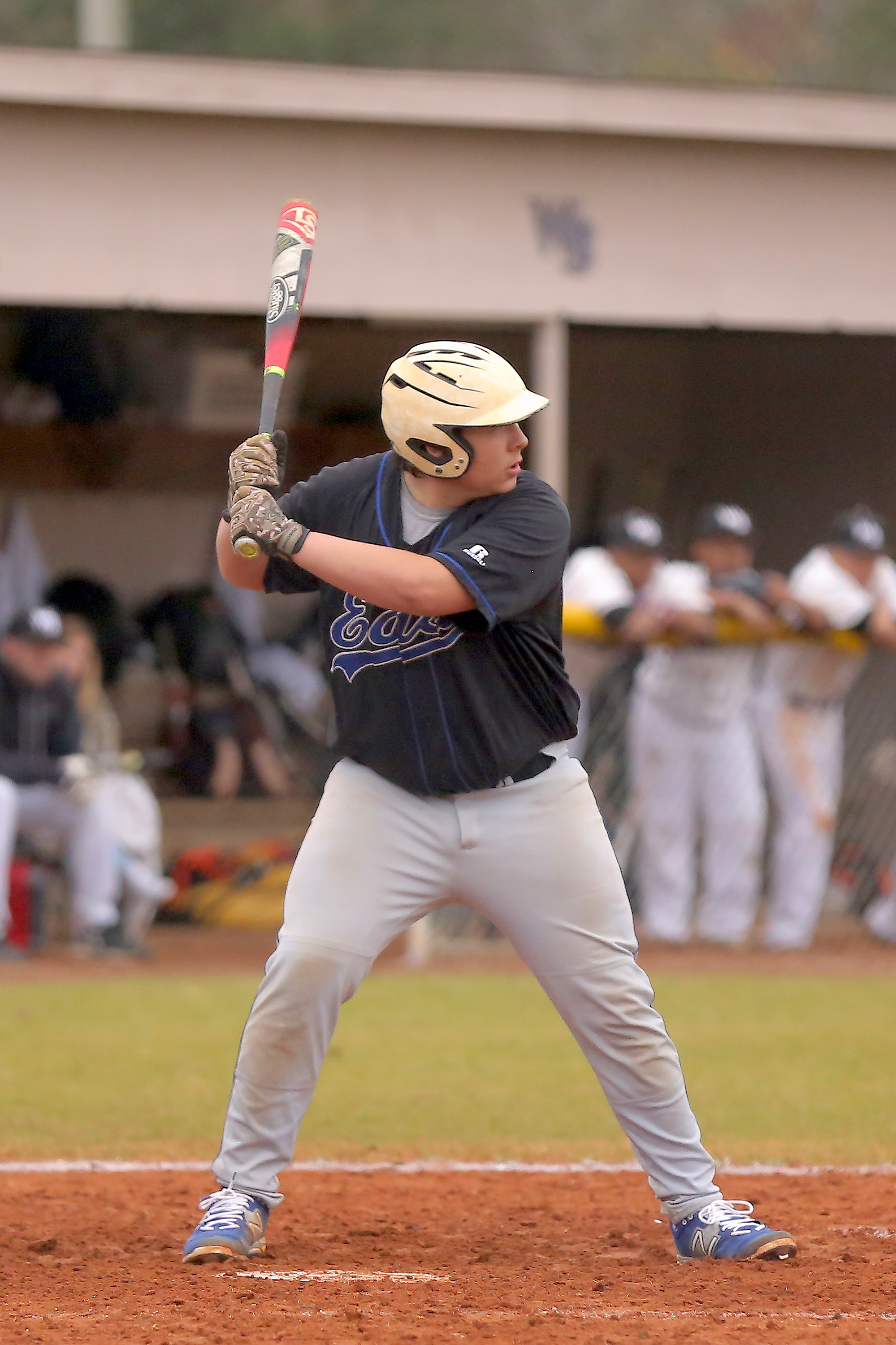 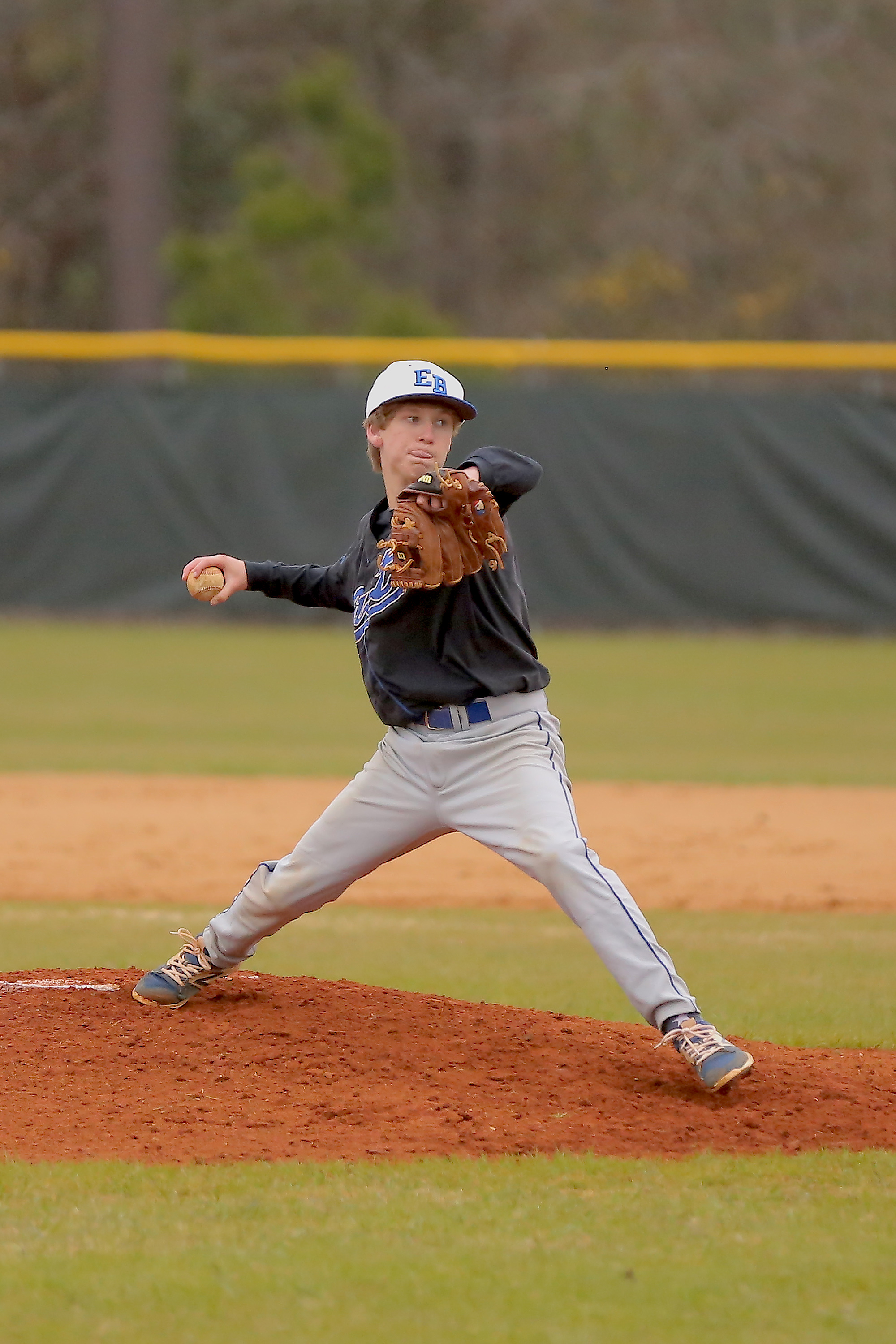 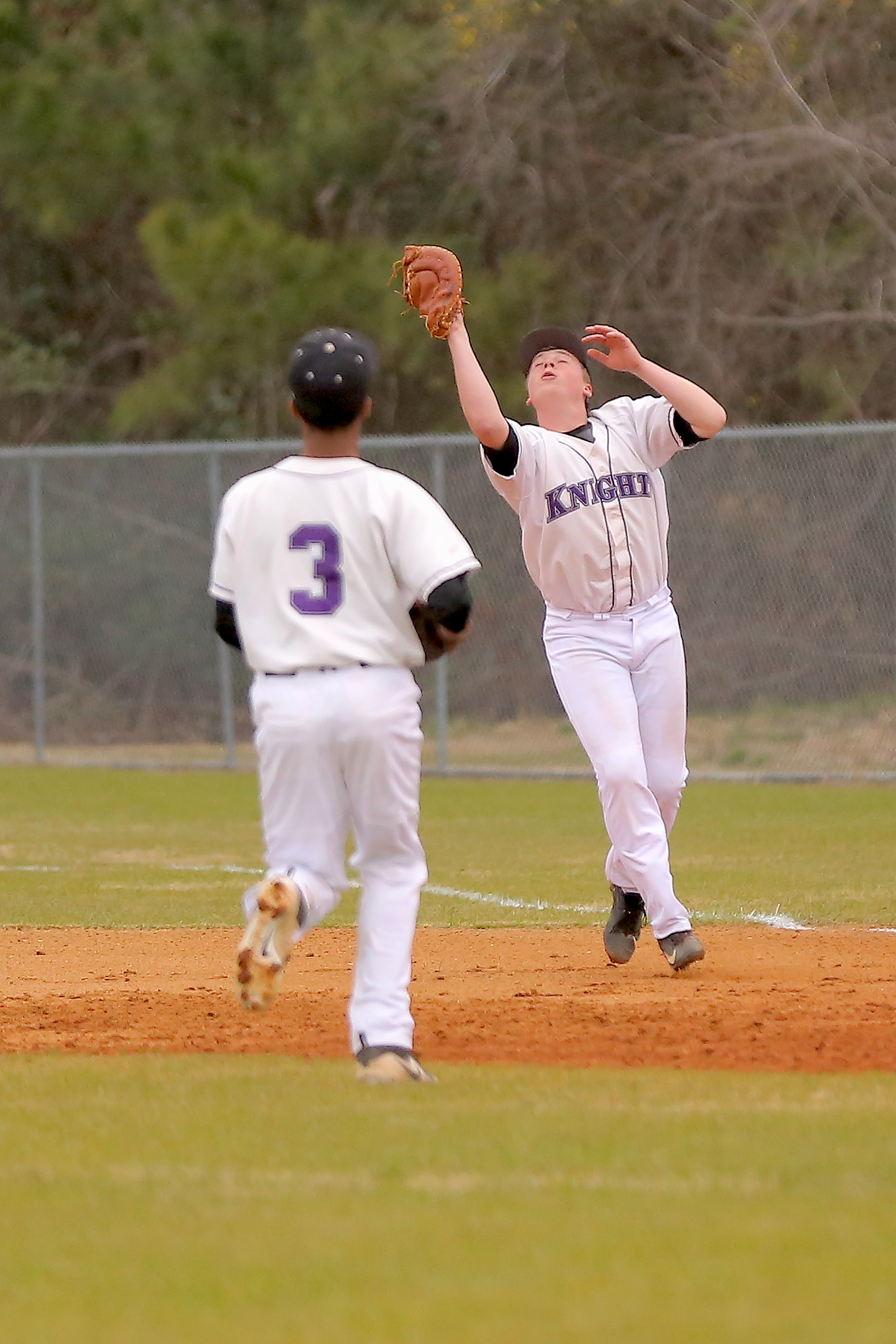 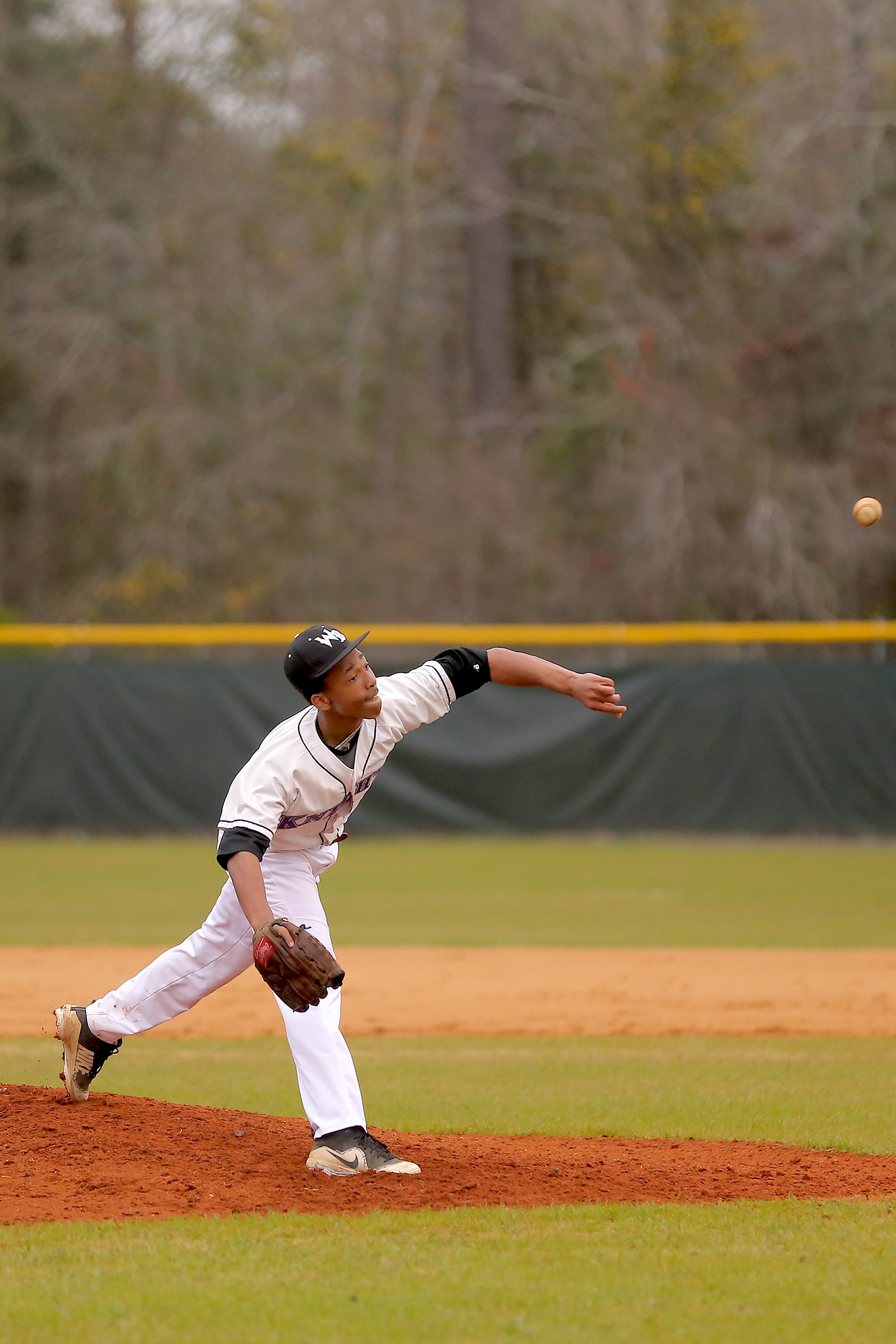 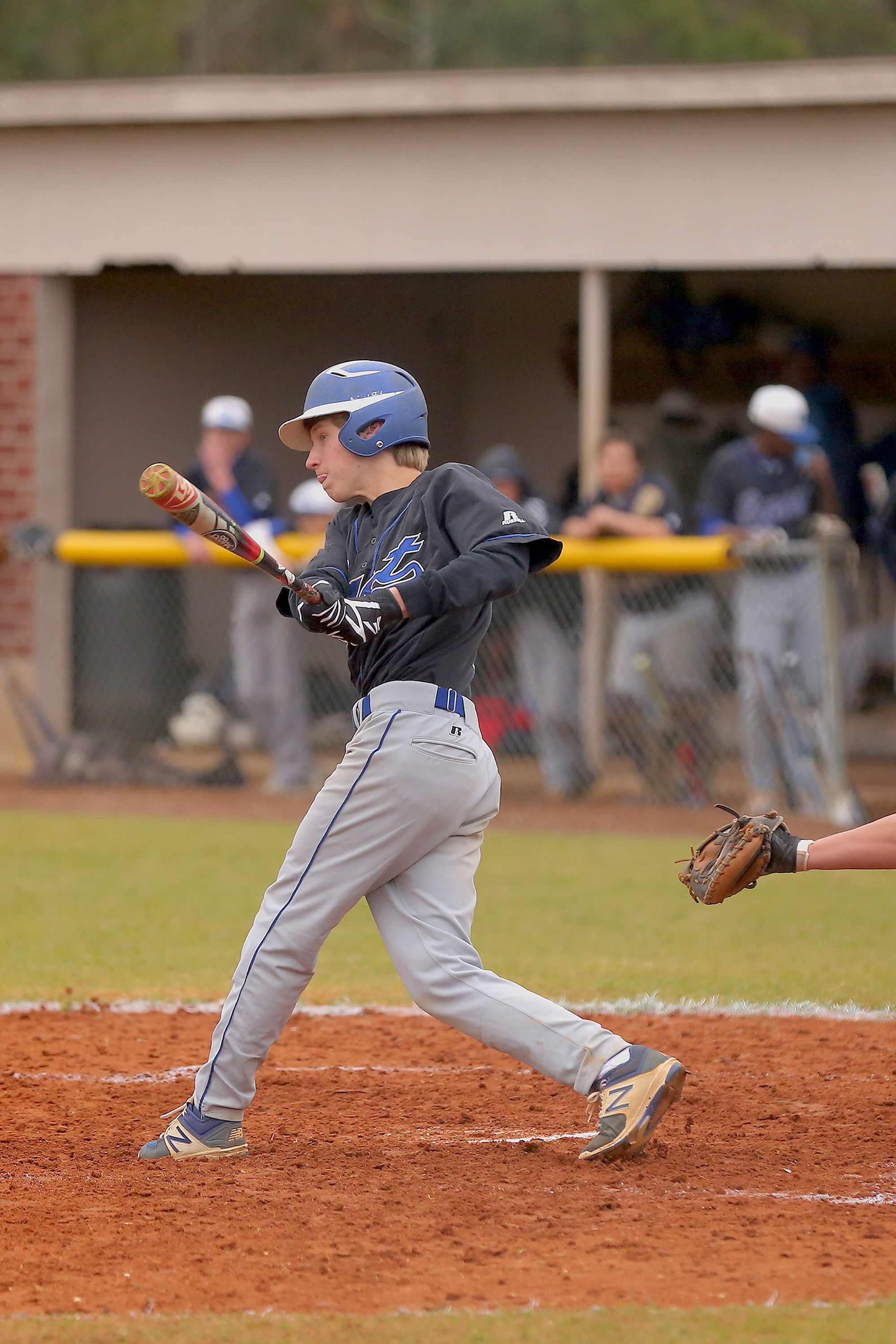 The Eagles grabbed a 2-0 first inning lead as Jay McKoy led off with a single and darted home when freshman Zach Meares belted a single. Freshman Brady Hollingsworth knocked in Meares with a single.

East Bladen padded the lead to 3-0 in the second. Jay McKoy belted a single, stole second and eventually scored.

The Knights trimmed the lead to 3-1 in the third inning. Sophmore Lucas Williams cracked a lead-off single, and Shawn Oxendine was hit by a pitch. After junior Jeremy Pait drew a walk, freshman Kendall Johnson’s fielder’s choice plated Williams.

Freshman Freddie Wooten crushed a triple that drove in Evans and Meares. Hollingsworth walked before Xavier McKoy drove in Wooten with a single. Garrett Melvin laced a single that scored Hollingsworth.

Priest slammed a double that scored Xavier McKoy, and Tyler Hill capped the rally with a single that scored Melvin and Priest for an 11-1 lead.

Oxendine reached base on an error in the West Bladen fifth, and Jeremy Pait and Johnson laced singles that scored Oxendine with the final Knight run.

Meares batted a perfect 2-2 with a double, 3 runs scored and 2 runs batted in to lead the Eagle hitters. Priest finished 2-3 at the plate with a double and a run scored. Jay McKoy batted 2-3 with 3 runs scored. Wooten hammered the 2-run triple and scored a run.

Jeremy Pait, Johnson and Williams collected one hit each for the Knights. Johnson drove in 2 runs, and Oxendine and Williams scored one run each.

Freshman Sam West started on the mound for the Knights and was relieved by freshman Cameron Flowers.

East Bladen’s jayvees improved to 6-1 with the victory and will host Whiteville Wednesday. West Bladen will travel to Fairmont.