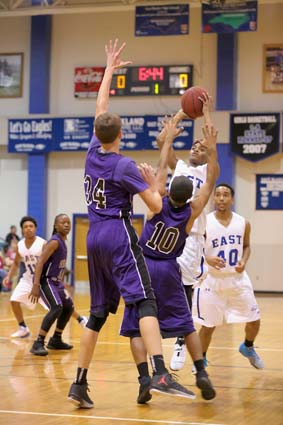 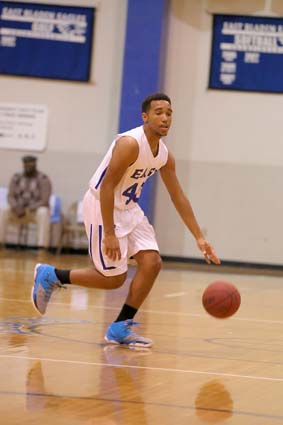 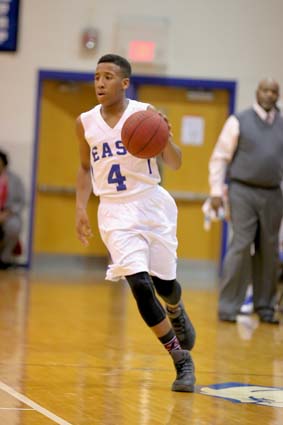 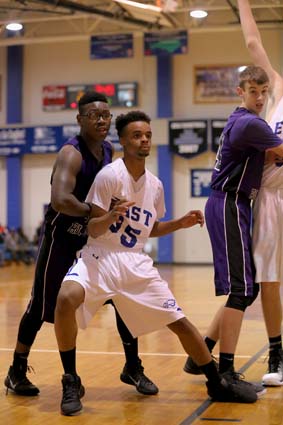 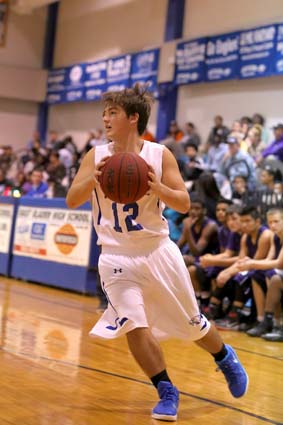 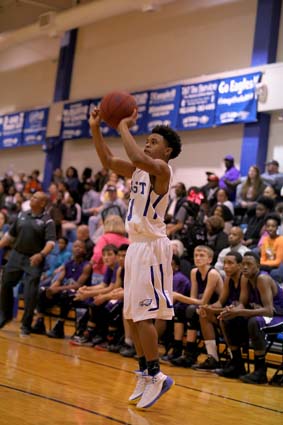 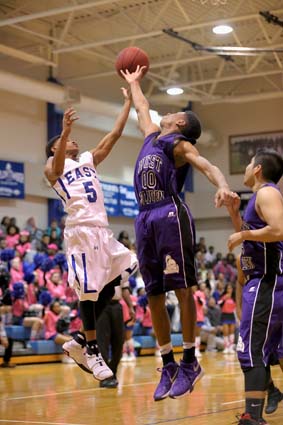 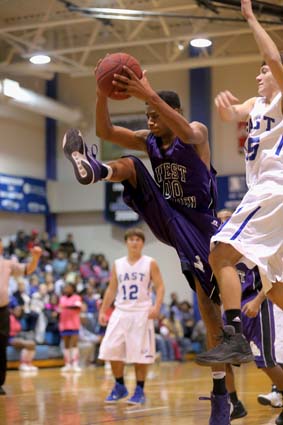 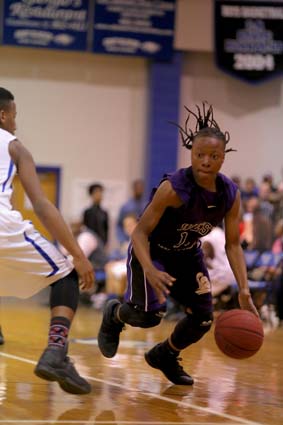 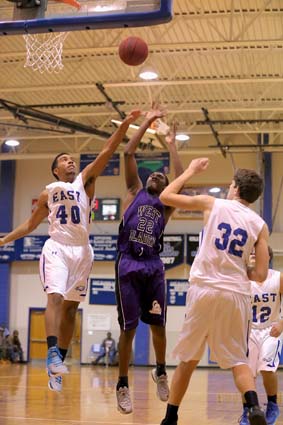 Boykin, a freshman, fired in 10 of his game-high 22 points in the final quarter, while Washington, a sophmore, scored all 8 of his points in the fourth period.

The Eagles led 27-18 at the third quarter break, but Boykin buried a 3-point shot with 3:23 left in the game to pull the Knights to within 31-29. Washington popped in a 15-footer from the baseline to tie the game, but Bryan Bowen answered with 2 free throws that put East back on top 33-31.

Freshman Tra’shawn Ballard beat the Eagle press for a lay-up that tied the game at 33-33. Anthony Wooten’s follow shot edged East back ahead 35-33, but Washington nailed a 3-point shot from the left wing that put West in front to stay at 36-35 with 1:45 on the clock.

West Bladen’s Jaheim Lesane made a free throw with 1:17 remaining, and Boykin knocked down 2 more foul shots for a 39-35 Knight lead at the 1:02 mark.

Baskets by Davis, Wooten and center Robbie Cooley staked the Eagles to an early 6-4 lead. Boykin threw in a basket and 2 foul shots for West in the period.

Bowen, Melvin and Majuan McKoy tallied a basket and a free throw each for East Bladen in the third period as the Eagles padded their lead to 27-18. Boykin bombed in another 3-pointer and made 2 free throws for West in the quarter.