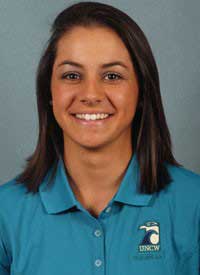 According to the Carolinas Golf Association Kayla Thompson of Clarkton is the 8th best woman golfer in North Carolina. Kayla, an upcoming senior at UNCW, will be playing her final college year of golf. She secured her ranking by her outstanding record of tournaments played. This summer she has played the following tournaments and had excellent results. Kayla was second in the 40th Carolinas Women’s Four Ball Championship in May. In June she tied for second place in the 91st Carolina’s Woman’s Amateur Championship. Also in June she placed 23rd in the 2017 Women’s Eastern Amateur Championship. In July she was a semi-finalist in the 19th Champion’s Women’s Match Play Championship.

Published in Local News and Sports