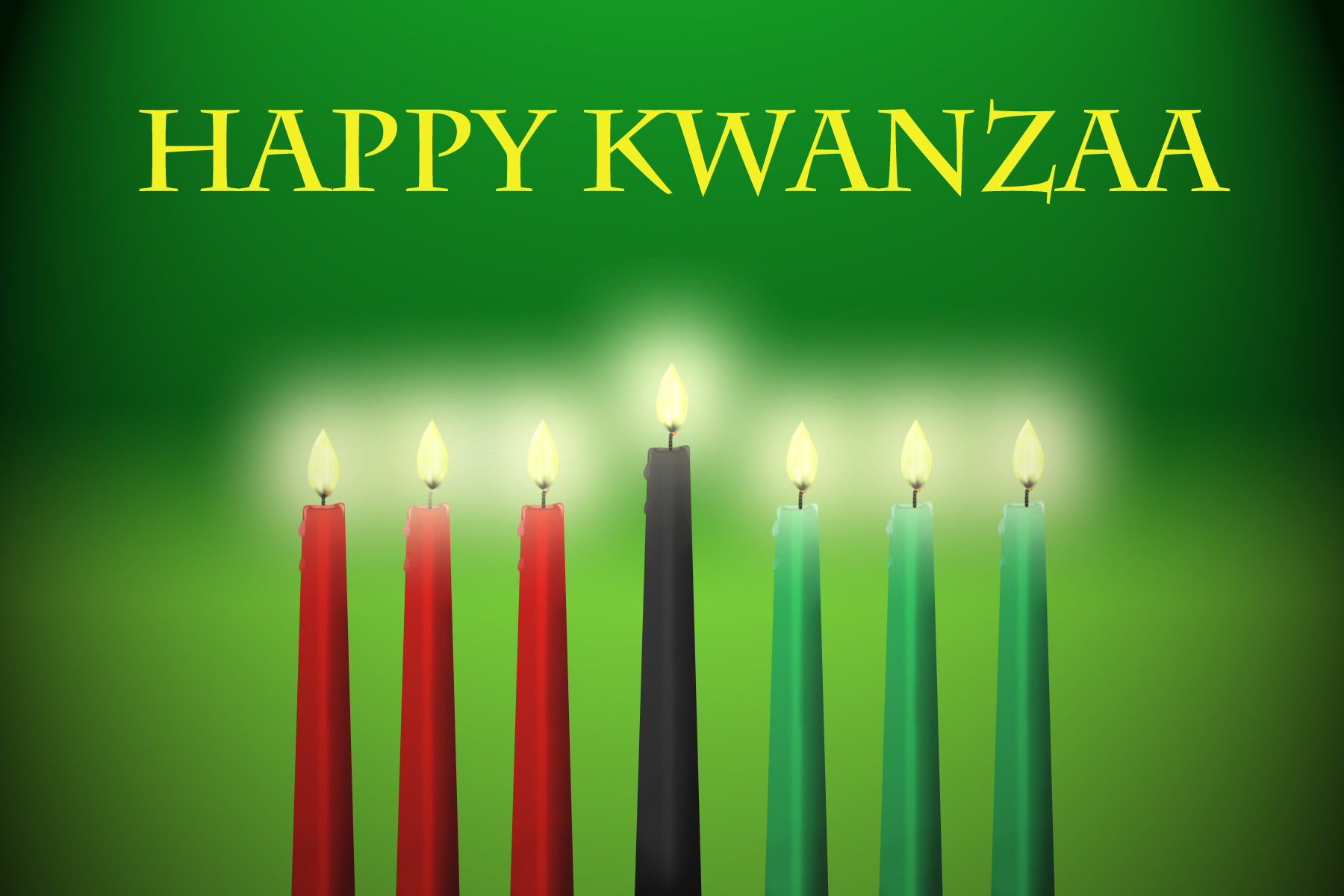 Happy Kwanzaa. Kwanzaa is a seven-day holiday, which celebrates family and Africa-American heritage. It is celebrated by many from Dec. 26-Jan. 1. (U.S. Air Force graphic/Senior Airman Damon Kasberg)

Kwanzaa is a seven-day holiday, which celebrates family and Africa-American heritage. It is celebrated by many from Dec. 26-Jan. 1.

Kwanzaa is not a religious holiday, but a time for Africa-American’s reflect and celebrate. Kwanzaa was started in 1966 by Dr. Maulana Karenga to celebrate and honor African culture and to also inspire African-Americans. The seven-day holiday is mainly celebrated in the United States according history.com.

There are approximately 18 million people who celebrate Kwanzaa. Kwanzaa comes from the Swahili phrase Matunda ya Kwanzaa  meaning “Frist fruits of the harvest”

Kwanzaa celebrations often include African dances, drums, storytelling and poetry. A big feast is held on December 31st during Kwanzaa.

There are seven principles of Kwanzaa called Nguzo Saba:

Umoja (unity) to maintain unity in the family and community

Kujichagulia (self-determination) to be responsible for the community and to speak for oneself.

Ujima (collective work and responsibility) to build and maintain a community.

Ujamaa (cooperative economics) to help build and maintain our own businesses.

Nia (purpose) to build and develop goals to benefit the people of the community.

Kuumba (creativity) to make the community more beautiful and beneficial for the future generation.

Imani (faith) to believe in our people, parents, teachers and leaders.

Mazao: fruits, nuts and vegetables.  The historical foundation of Kwanzaa.  This is to remind the people of the harvest fruits that nourished the people of Africa.

Mkeka: Mat, symbols of Kwanzaa are arranged on the Mkeka which is made of straw or African cloth.

Vibunzi: Ear of Corn, represents fertility symbolizes that reproduction of futures families. One piece of corn is placed on the mkeka for each child.

Mishumoa Saba: The seven candles that represent the seven principles of Kwanzaa.

Kinara: The candle holder that holds the Kwanzaa candles. The candles symbolizes stalks of corn that branch off to form new stalks (the family).

Zawadi: gifts Gifts are given on the last day of Kwanzaa, January 1st. It is encouraged to give gifts that encourage growth, self-determination, achievement and success.