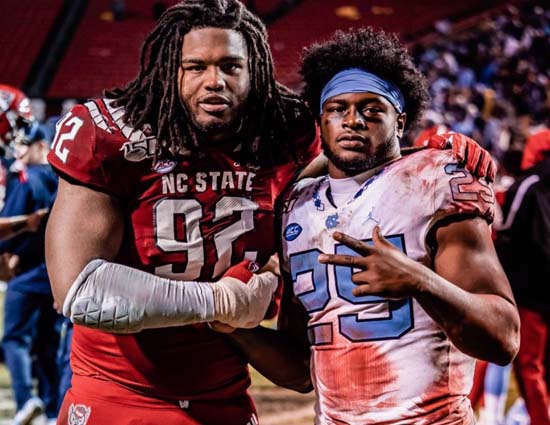 After the Wolfpack’s final game of the season Saturday, Murchison was photographed with North Carolina’s Javonte Williams, who played against Murchison in high school when Williams was at Wallace-Rose Hill.