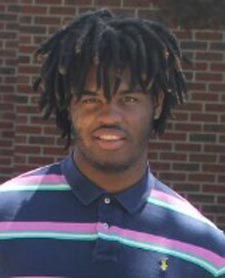 DALLAS, Texas – East Bladen grad and current North Carolina State standout Larrell Murchison has been named to the preseason watch list for the 2019 Outland Trophy that is given annually to the nation’s top interior lineman.

The Outland Trophy is one of college football’s most prestigious awards and has been presented annually since 1946. The award is presented by the National Foundation for Infectious Diseases.

Murchison started every game for the Wolfpack in 2018 and made 34 tackles, 4 sacks, 8 tackles for loss, 2 pass break-ups and one interception.

The Elizabethtown native’s performance earned the team’s Cary Brewbaker Award that is given to the Wolfpack’s top defensive lineman and also won the Alpha Wolf Rising Award that honors the team’s most improved player.