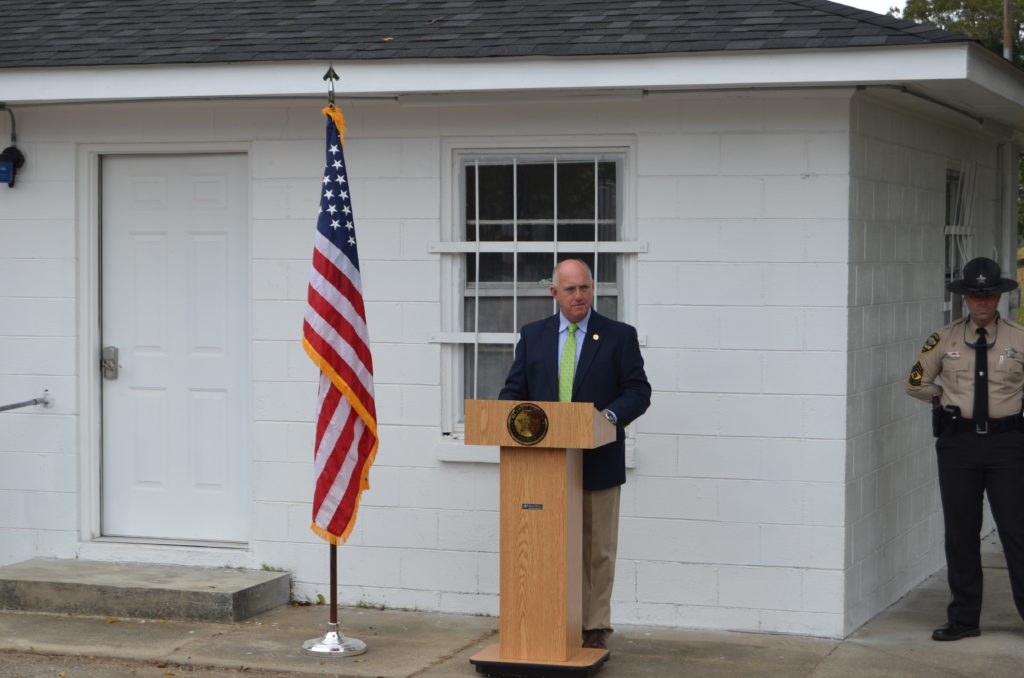 The vision of having a law enforcement annex in Kelly was an idea of the citizens in Kelly.  “We reached out to Jeff Huff of Centerville Baptist Church and found out that they might be willing to allow us to use the building for a law enforcement annex.  After hearing back from Jeff that the church was in favor of allowing us to use the building, we began putting together our resources to renovate the building along with Centerville Baptist Church”, said Sheriff McVicker.

Inmates and staff from the Bladen County Jail and Sheriff’s Office were used to paint, replace flooring, window casings and clean up around the building.

“We are very fortunate for the law enforcement relationship that we have here in Bladen County and our Troopers look forward to utilizing this facility when in the Kelly area”, said Captain Chris Morton, Troop B Commander  of the  State Highway Patrol out of  Fayetteville.