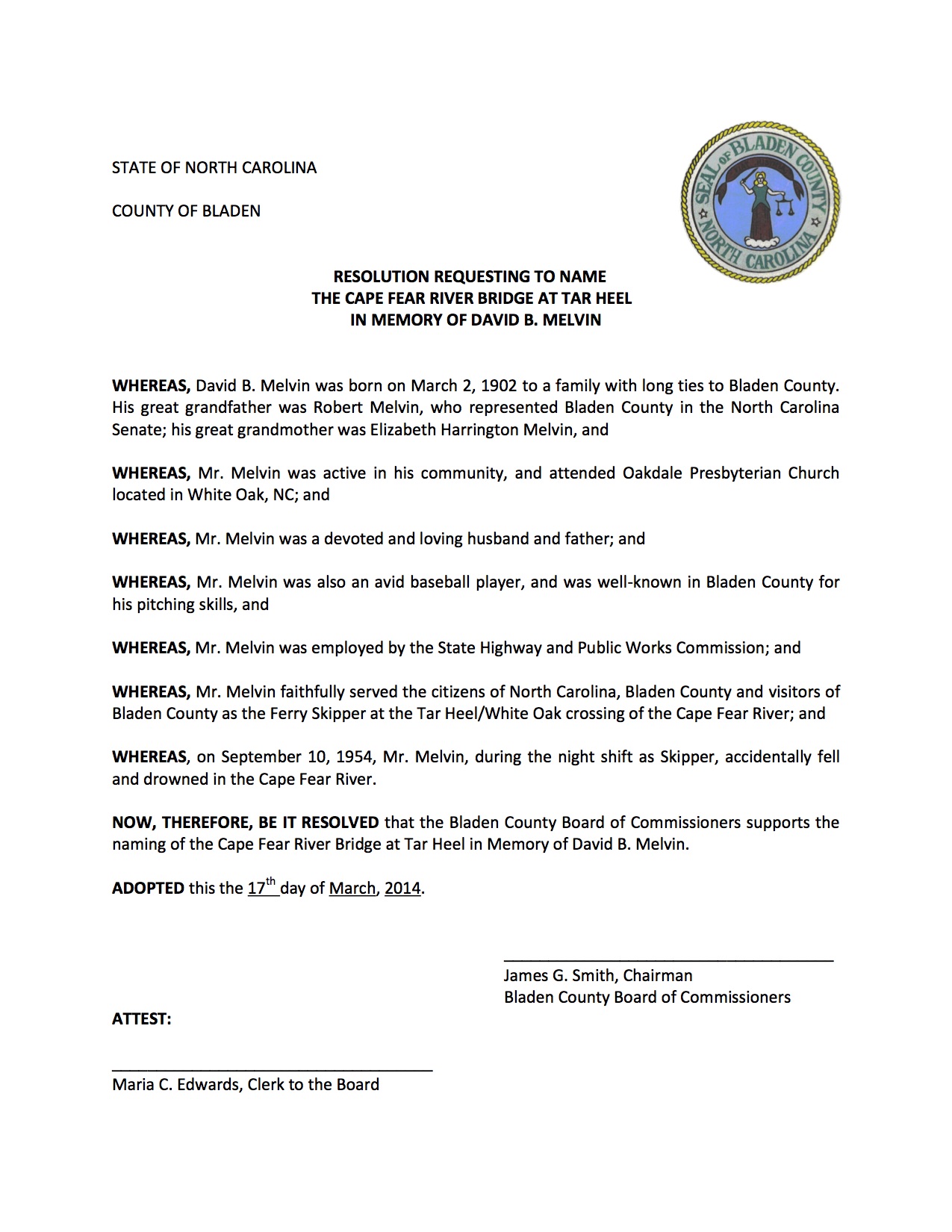 A bill filed in the NC General Assembly to name the newly constructed Cape Fear River Bridge at Tar Heel in honor of former Ferry Skipper David B. Melvin is making its way through the legislature.

Tar Heel Mayor Roy Dew said, “I think its a good thing. I can remember the ferry from when I was kid.”

The Bladen County Board of Commissioners adopted a resolution requesting the naming of the bridge at a meeting on March 17, 2014. According to the resolution, Melvin was a ferry skipper in September 1954 when he was operating a ferry at night and fell into the Cape Fear River and drowned.

According to the resolution, Melvin was also an avid baseball player and active in his community.

If approved, the bill appropriates $1,000 for signage that will display Melvin’s name.

A bill was filed in the North Carolina House on Thursday and is sponsored by Reps. William Brisson and Ken Waddell.

Brisson said that he received the resolution from the Bladen County Commissioners about three years ago. He said the bill was not a dead bill but was slowly working its way through the system. Brisson said he recently received a second request from Harmony Hall Village, Inc.

“Senator Rabon and I have been working with the Department of Transportation on it,” said Brisson.

Brisson said after receiving the request from Harmony Hall, he and Senator Rabon felt like it was appropriate to move forward with the original request they received to name the bridge for Melvin.

Melvin was known in the Tar Heel community for being a hard worker and Brisson said it is his understanding that Melvin would often stay late at his job on the ferry, making everyone that needed to cross the river had done so.

“He knew who was going back and forth and he would wait on them. We felt he ought to have the priority,” said Brisson.

If the measure passes, it will become effective on July 1, 2016.