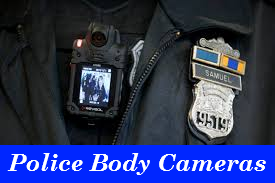 The General Assembly will soon be getting a look at a bill that could place severe restrictions on who can have access to police body camera and dashboard camera footage.

The legislation proposed by Reps. Faircloth and McNeill clearly states that body-camera footage is not public record. This runs in stark contrast to NC General Statute 132-1 which defines among other things, sound and film recordings or other tapes created during the transaction of business as public record.

The proposed bill instead grants the head of the law enforcement agency the right to determine who gets to view the footage and what portions of the footage, if any, can be released.

Rep. William Brisson, who represents Bladen County, said the bill is currently in the Judiciary Committee and he has not seen it yet. He said that the addition of body cameras is a good tool for law enforcement and will help with investigations.

“Everybody is moving to body cameras. I think its a realization it’s going to have to happen in order to protect people,” said Brisson.

He also added, “I don’t see a problem with it (body camera footage) being public record.” Brisson clarified his stance saying that the footage most likely should not be released until any investigations are completed.

“The trial lawyers probably don’t want it (to be public record), but the public does,” said Brisson.

He said he has spoken with many sheriff’s deputies and local police departments about the public perception versus the reality of law enforcement.

“All they (law enforcement officers) are trying to do is enforce the laws,” said Brisson.

He said the body cameras would become one more tool to help them to accomplish that task.

Other issues that also need to be settled regarding the use of body cameras by police are an individual’s right to privacy and where and how long footage from cameras must be stored.