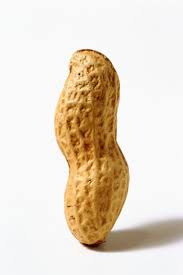 Lelmer Bryan of Dublin has been the grand marshal for the 24th annual Dublin Peanut Festival Parade.  The parade will begin at 10 a.m. Saturday, September 17.

Bryan was born on December 16, 1922, in Bladenboro.  He was number four in a family of thirteen children born to Albert and Carrie Bryan.

He served in World War II in the Navy as a Seaman 1st Class.  He was a Gunner on the ship and was in the Pacific Theater, American Theater, and in the Asiatic Pacific campaign.  He served on the most famous WWII ship- the USS Chelab.

He was medaled and was honorably discharged in April 1946.

In February 1953, he married Hilda Garner Bryan and their marriage lasted for 61 years until her death in April 2014.  They had two children, Freda B. White and the late Carl Bryan.  He now has four granddaughters, three great-grandsons, and one great-granddaughter.

His occupation in life was as a Pipe Fitter and as a farmer.