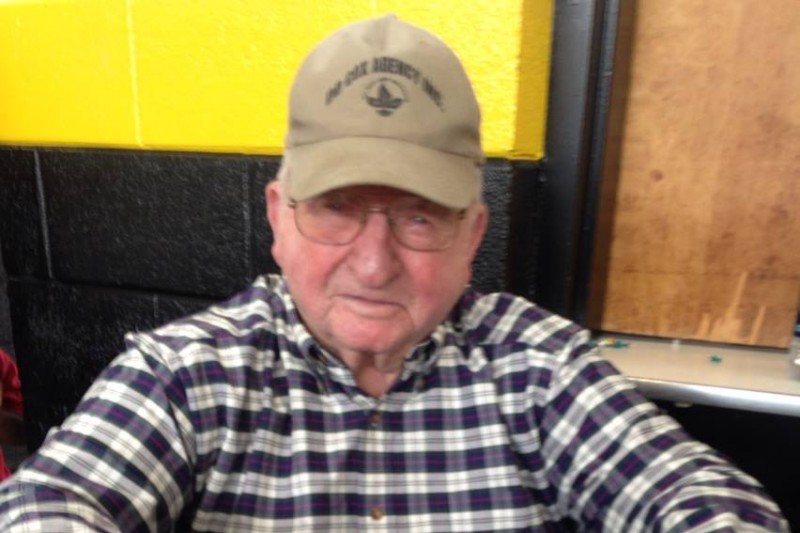 As we pause this weekend to remember our fallen heroes, there is one veteran in Bladen County who needs our help.

Freda White has begun a Go Fund Me account for her grandfather, Lelmer C. Bryan, to help him raise funds to repair the roof on his home. According to White’s post, Bryan is the oldest living World War II veteran in Bladen County.

Bryan is a veteran of the US Navy as a Seaman First Class, according to White’s post.

White wrote, “He built his home in the late 80’s by himself and never added central heating and air, he heats by a floor plug in electric heater in the winter and cools by a fan/ wall unit during the hot summer months.  All of the work on his home has always been done by him, but he is not able to get on the roof/work on his home.”

Bryan needs repairs to the the facia boards and the home needs to be reroofed after an ice storm in 2015 caused a tree to fall on the roof. Bryan had to pay to have the tree removed and after paying the deductible on his homeowner’s insurance White wrote that after his deductible, Bryan received $600 which paid for the removal of the tree and repairs to his wheel chair ramp.

White writes that all of the quotes to repair Bryan’s home are $7,000 and higher.

To contribute to the Go Fund Me account and to learn more about Bryan’s plight, click here.