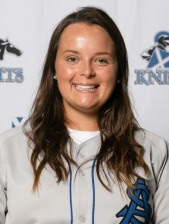 Dawson started 34 games, drove in 12 runs and scored 12 runs while posting a team leading .429 slugging percentage. She also led the team in doubles and was second on the team in hits and batting average.

Dawson singled on Senior Day against Appalachian Athletic Conference leader Truett-McConnell to spoil a no-hit bid in the seventh inning.

In a 10-2 win over Allen, Dawson batted a perfect 3-3, scored twice and drove in a run. The Garland native batted 2-4 with a run batted in and a run scored in a double-header against Columbia. She also slugged a double against Milligan, TN.

St. Andrews completed the season with a 13-31 overall mark and 6-20 conference record.