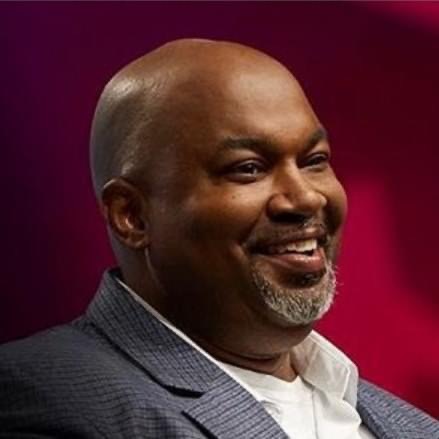 However in a split vote the State Board of Education approved the new standards although thousands of signatures were collected against the the standards. The new standards direct educators to include diverse perspectives in history lessons. All N.C. Schools are scheduled to begin implementing the new standards in the fall of 2021.

After the vote, Lt. Gov. Robinson committed to fighting for education and giving the people a voice to address bias, inappropriate materials and indoctrination they experience in the public school system. In a press release on his social media account Monday, he announced the creation of  a new task force titled “Fairness and Accountability in the Classroom for Teachers and Students” (F.A.C.T.S.) to give students, teachers and parents a “voice to speak out about cases of bias, inappropriate material, or indoctrination they see or experience in public schools.”

Lt. Gov. Robinson said the task force advisory board will be comprised of a wide variety of people in the education field.

In the press release, Robinson states, “It [the task force] will seek to compile and assess legitimate reports from across the state, assist those who need help navigating the bureaucratic process surrounding education, and provide a platform to disseminate information regarding indoctrination in public schools.”

A press conference to discuss the task force is scheduled for Tuesday, March 16 at 2 p.m., on the front steps of Hawkins Hartness House at 310 N. Blount Street in Raleigh. 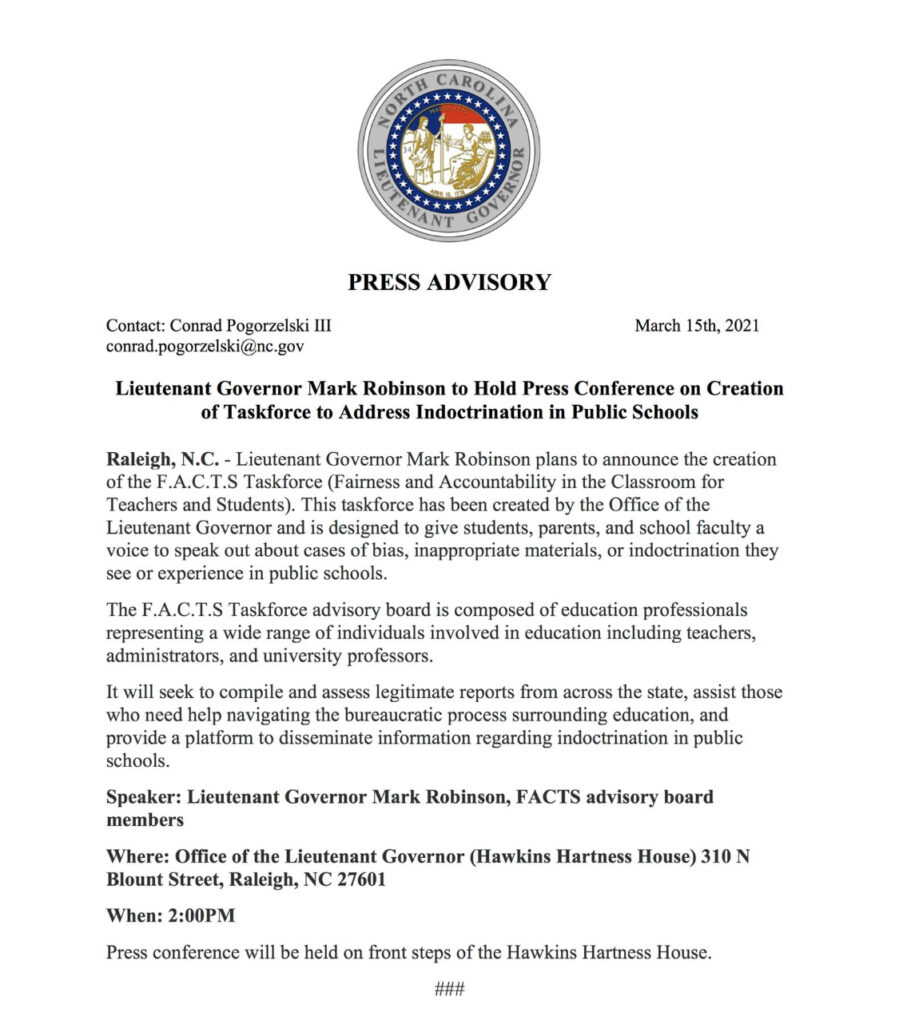