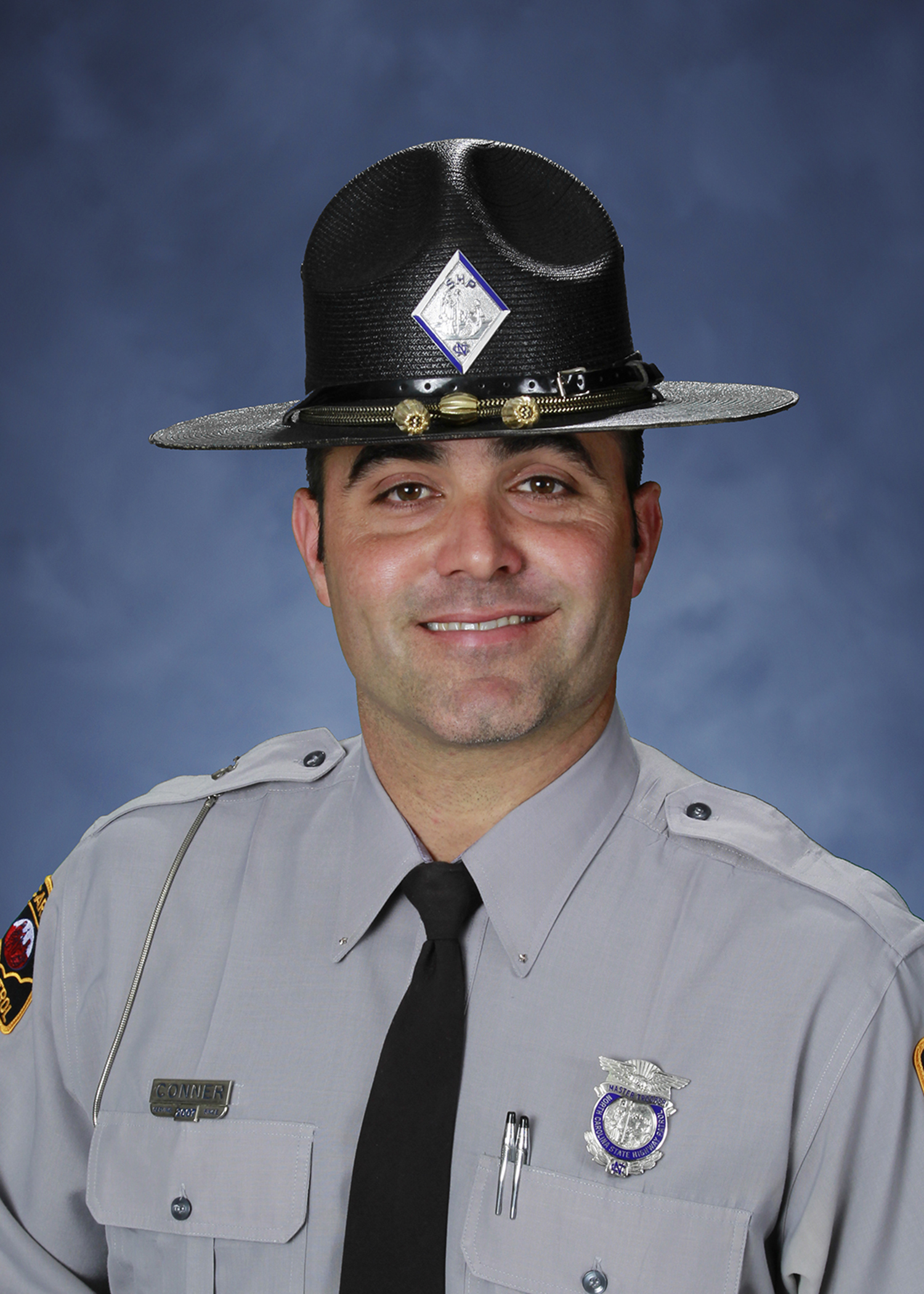 A show featuring hunting enthusiasts dedicated an episode this month to one of Bladen County’s beloved, fallen heroes, Master Trooper Kevin K. Conner, B-551. In 2011, Trooper Conner attended a hunting camp in South Texas with the filmmakers to help fight the states wild hog overpopulation issue.

Carnivore TV is a hunting show on the Pursuit Channel which features hunting and fishing television programs.

In the dedicated video Trooper Conner is seen smiling and giving testimony of what it is like to be a Trooper while explaining the 2011 hunt. Later in the film someone is videoed at his memorial saying, “He lived a life of sacrifice and service…. Be proud of his legacy.” Many people in Bladen County will tell you, “We are proud of Trooper Conner’s legacy.”

Trooper Conner’s end of watch was on October 17, 2018 after he was shot during a routine traffic stop.

Published on: October 17, 2018 – Fallen North Carolina Highway Patrol Trooper Kevin Conner was recognized by hometown, colleagues with a procession from Elizabethtown, Bladenboro and Whiteville. Large crowds attended on every road in honor of Fallen Trooper Kevin Conner, B551 on 10/17/2018.

Camp Clearwater at White Lake burned candles for Trooper Conner in carved pumpkins this past weekend. He was remembered as a true friend and a dedicated family man as well as a hero.

Also, there are plans underway to name a bridge in honor of Trooper Conner.