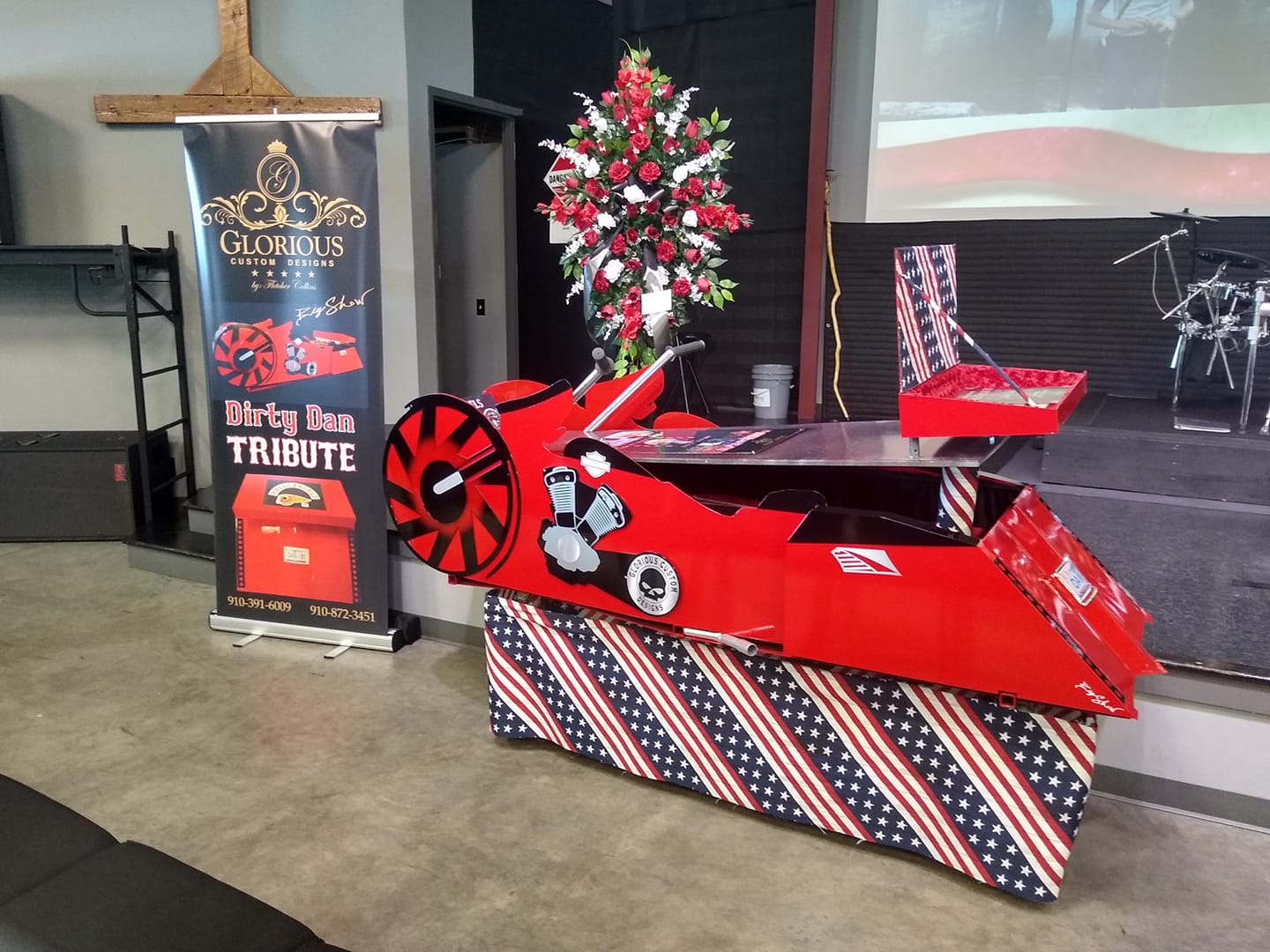 Club member Joseph Smith stated, “Our Brother Dan Silcose passed away on August 13th from complications from Covid-19. Dan has been involved in the Motorcycle club community for over 30 years and has had a great impact on many lives. He was loved by so many great people and would help anyone he could out of a jam. Dan was a great father, brother and friend.”

Collins explained he spoke with Silcose recently about how he would like the opportunity to make a casket design for a motorcycle club member to carry them out in the same way they wanted to live their lives. Collins said, “I didn’t know I would be doing it for him.”

“Silcose was a Veteran of the United States Army and he was always very good to me,” Collins stated.

Collins has created meaningful casket designs since 2013. One of his most famous creations was for the superstar basketball player, Kobe Bryant.