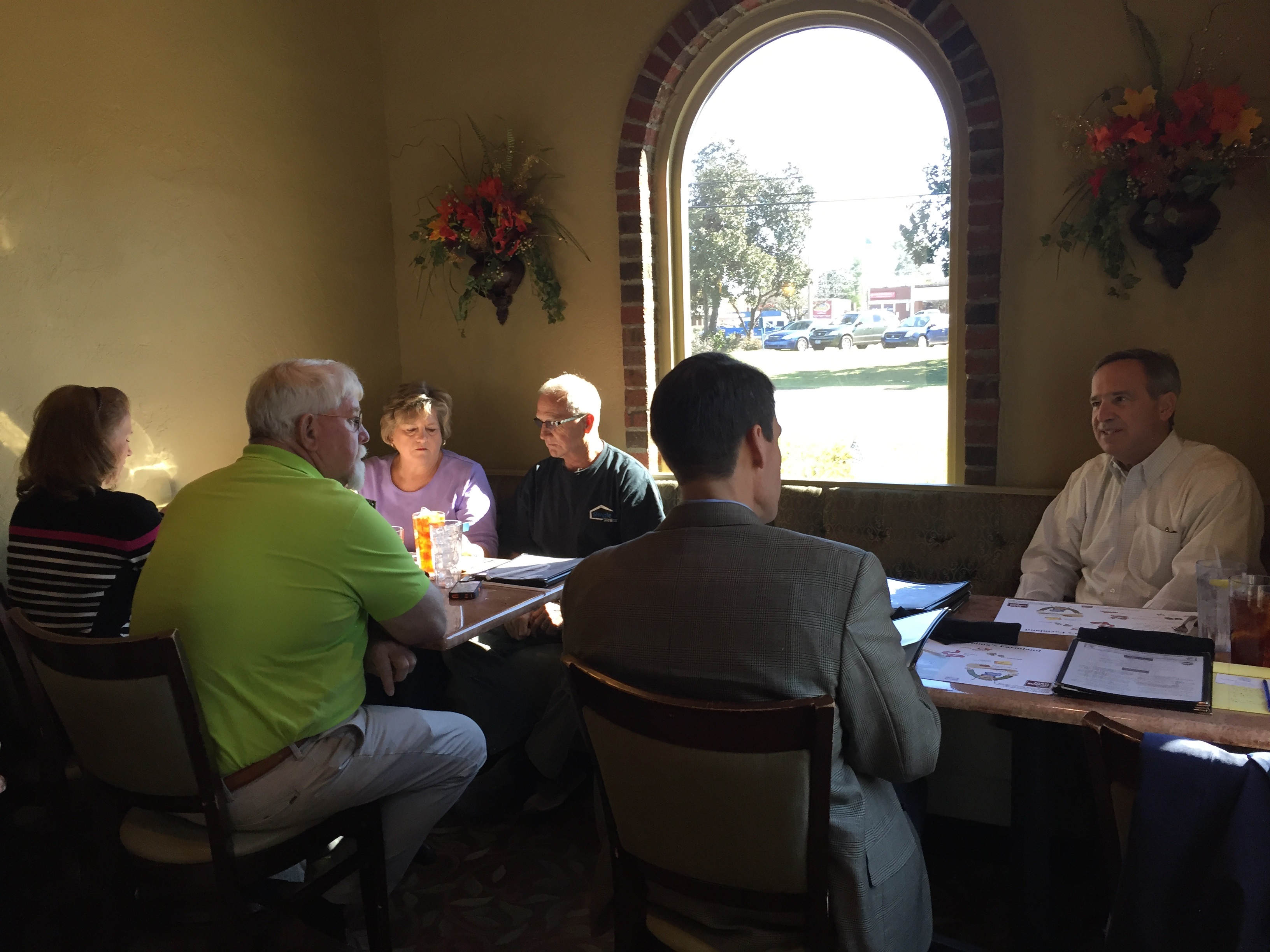 Benford told those gathered that the federal government and state officials are mulling the possibility of performing a seismic survey off the coast of North Carolina in preparation for the possibility of drilling for oil and natural gas deposits off the Outer Banks.

Benford said Gov. Pat McCrory is supportive of studying the possibility of drilling off the coast of North Carolina.

Benford said the first step in the process is to complete a seismic study to determine if there are enough gas and oil deposits to justify the expense of drilling.  The last seismic survey was performed more than 30 years ago, according to Benford.  He added at the time the original survey was performed the technology was rudimentary in comparison to today’s technology.

Benford explained a seismic survey involves the use of sound waves to explore the sea floor. The area proposed for the study is located about 50 miles offshore.

Bladen County Commissioner Chairman Charles Ray Peterson asked Benford who would be responsible for paying for a seismic survey if one is performed.

Benford explained that there are private companies that perform the seismic survey at their own expense in the hopes of being able to sell the resulting data gathered to oil companies.

“This hasn’t been done in over 30 years. The technology is much better,” said Benford.

When asked what the original survey showed, Benford said it showed deposits off the Outer Banks.

Benford explained that revenue sharing includes sharing a percentage of the royalties paid by the oil companies to the federal government. He said President Obama is opposed to any revenue sharing.

He told the group that environmental groups are opposed to the idea of seismic surveys claiming that it disorients and harms marine life. Benford said that seismic survey does no such thing.

“They have been quite effective,” said Benford.

He also told those gathered that only two counties in the state have adopted resolutions in support of offshore oil exploration. They are Carteret and Brunswick counties.

Benford also noted that numerous tourism boards are opposed to the project as well.

He also said that offshore drilling could potentially create 20,000 to 35,000 jobs in North Carolina.

White Lake Town Clerk Brenda Clark asked about whether or not any oil refineries would be built as a result of the drilling efforts, Benford replied that citizens do not want processing plants on the coast.  He said that instead the oil would most likely be loaded onto ships and transported to existing refineries in Texas and Louisiana.

Benford said that to combat negative media and negative advertising by environmental groups that are opposed to offshore drilling, Benford said he is meeting with local officials to explain what the study actually entails.

When asked what would happen once the seismic study is completed, Benford said the permitting process for offshore drilling is lengthy and it could potentially be 12 or 13 years before any actual drilling could begin.

“I don’t have a problem with the survey at this point,” said Peterson.

Benford said the North Carolina Energy Forum is not opposed to alternative forms of energy, either.