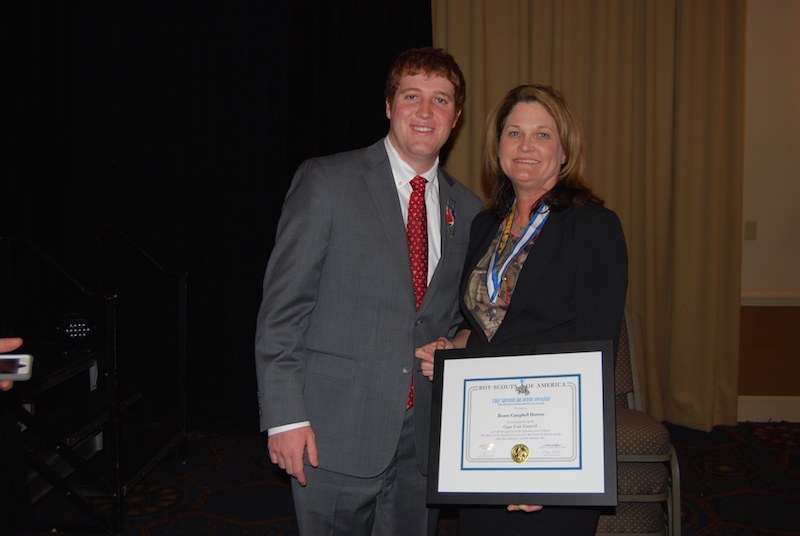 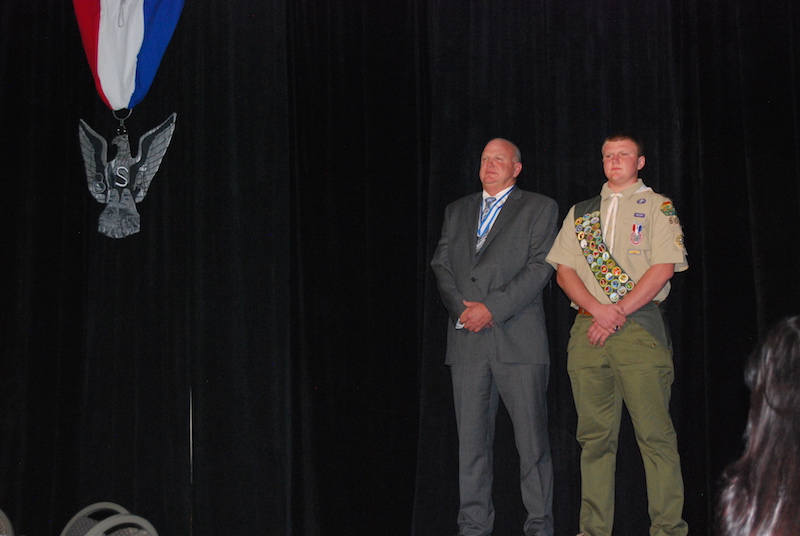 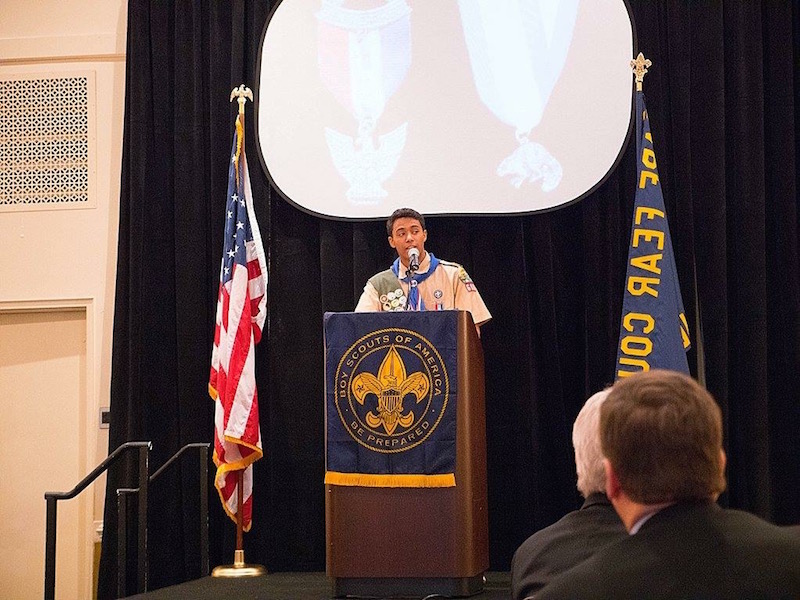 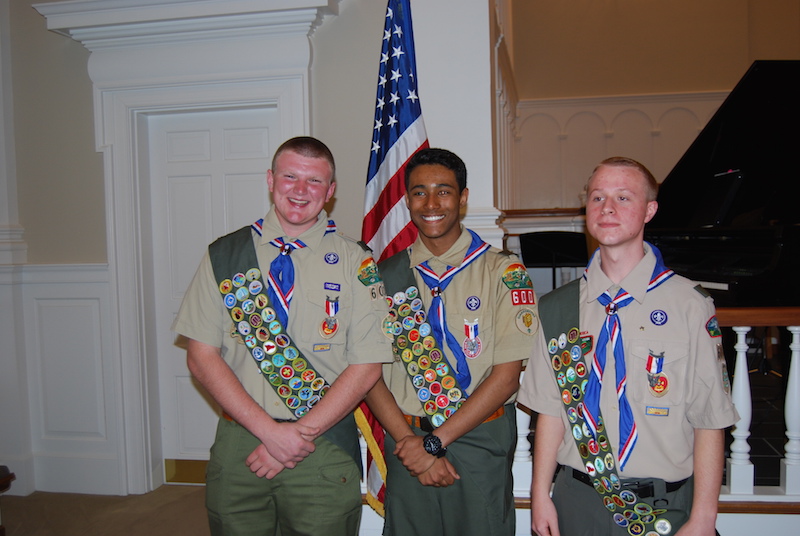 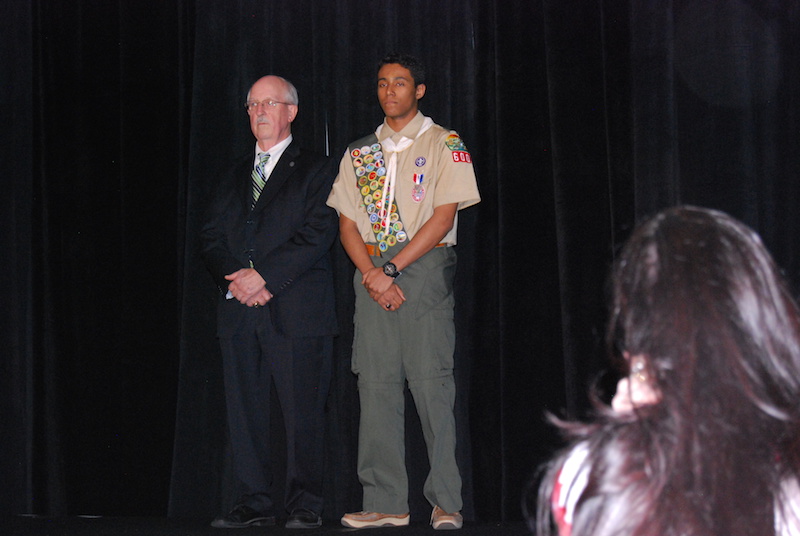 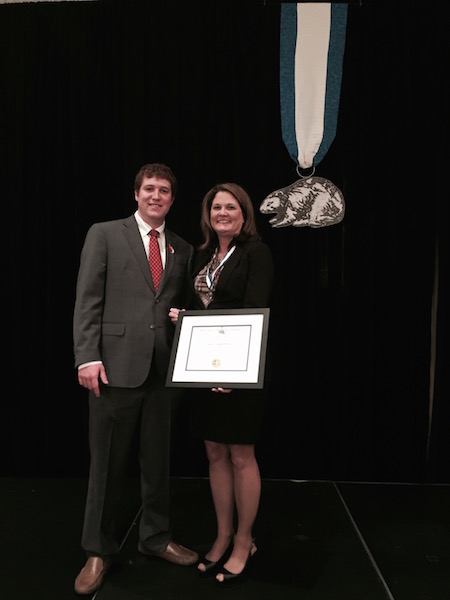 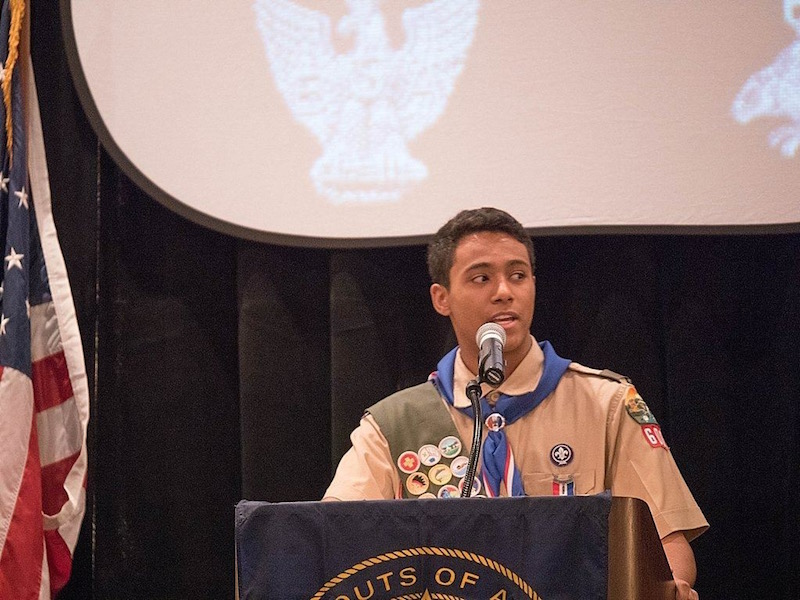 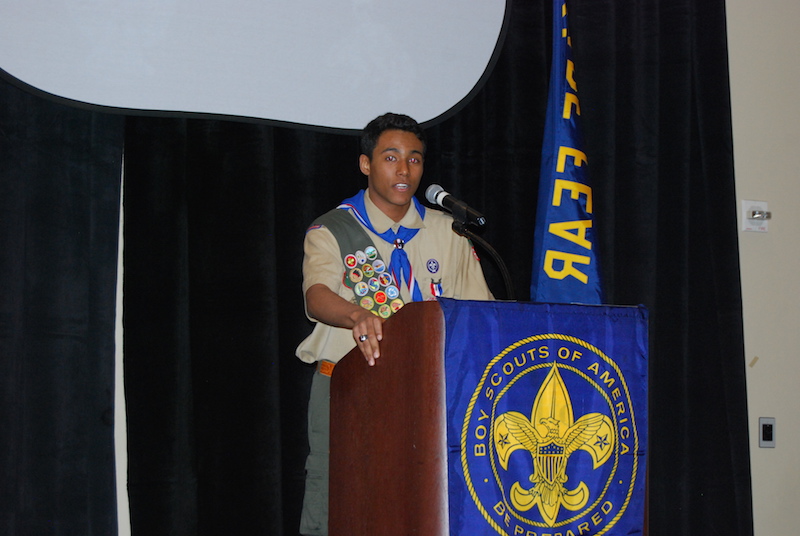 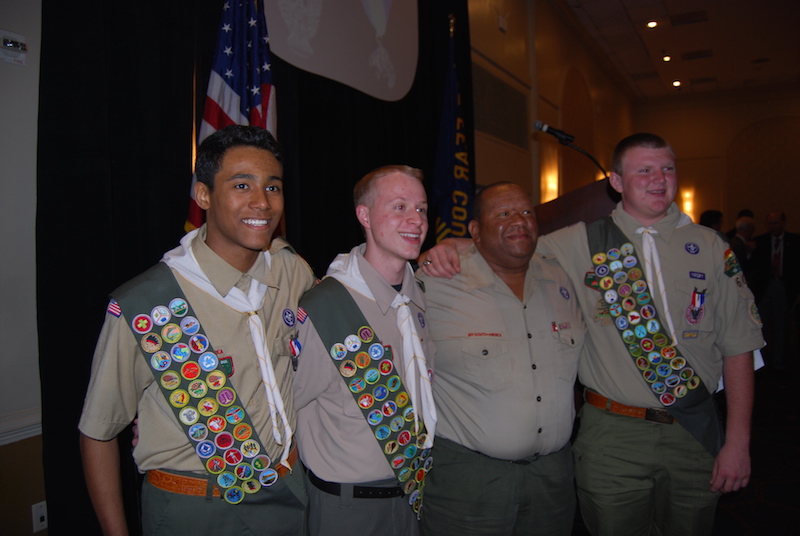 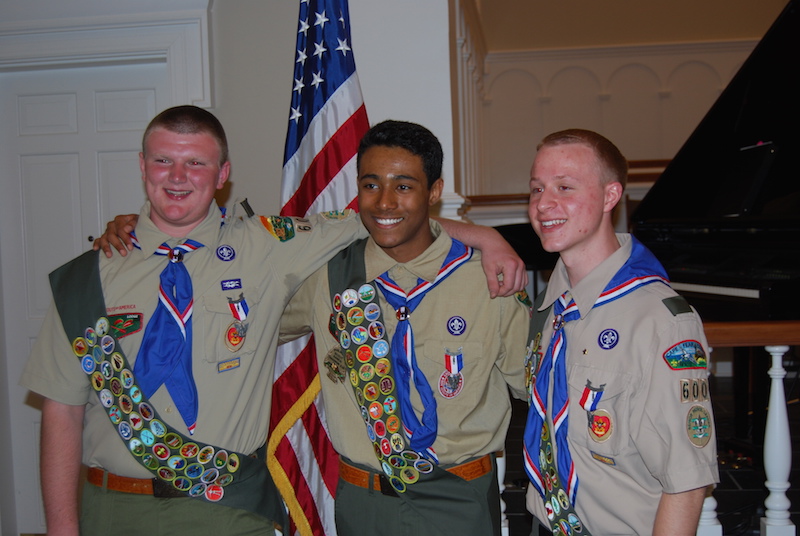 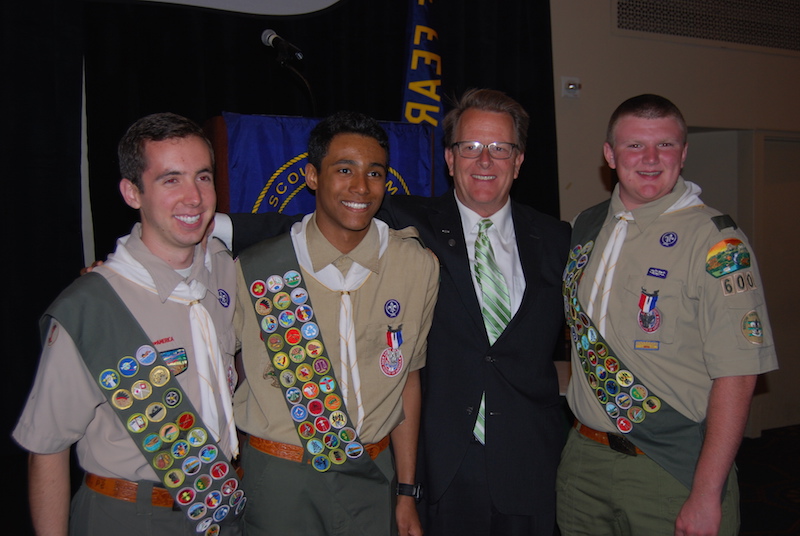 Jackson Burney addressed the group that gathered for the Wilmington Eagle Scout banquet. Burney was chosen as the class spokesperson for the 100th year anniversary Eagle Scout Banquet. His speech focused on the history of scouting in America and the first Eagle Scout in the United States, according to Little.

Those earning the rank of Eagle Scout were not the only ones honored. Two Bladen County folks also received the Silver Beaver Award.

“The Silver Beaver is awarded to persons that have made exemplary contributions to scouting over the past years,” said Little.

Honored with the Silver Beaver Award were Renee Horton. She was joined at the event by her son Woody Horton. The award was presented to them during the Eagle Scout Banquet.

Just prior to the banquet in Wilmington, the Elizabethtown Baptist Church held an Eagle Scout Court of Honor during which Alsup, Burney, and Shepherd received their Eagle Scout Awards, said Little.

Also in attendance at the Eagle Scout Banquet was Dewey Leach who serves as Council Commissioner on the Cape Fear Council Executive Board.