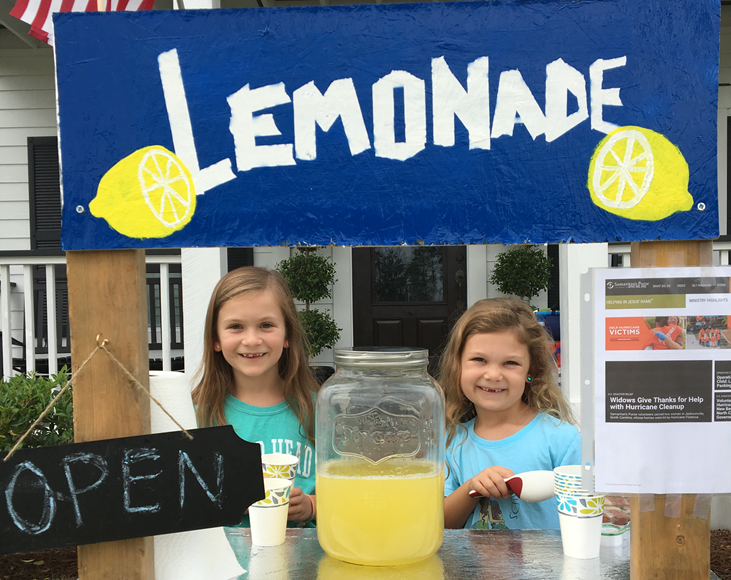 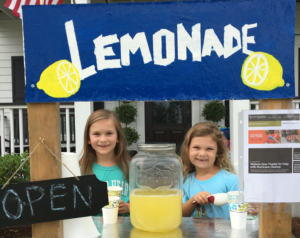 Leland — Stevie and Scout Chambers, 3rd and 1st grade students at Charter Day School respectively, used their entrepreneurial skills to raise hurricane relief money via an enterprising lemonade stand. The lemonade stand was located in the Brunswick Forest community of Leland and raised a whopping $386.23 in donations for the Samaritan’s Purse charity. The lemonade stand operated over two days during mornings and afternoons.

April Chambers, the mother of Stevie and Scout, believes some credit for her daughter’s charity can be attributed to their school – Charter Day School. She commented, “We love Charter Day School because it emphasizes good citizenship and character education along with academics. We know Scout and Stevie are being taught valuable lessons that will help them throughout their lives.”

Charter Day School is one of four public charter schools managed by The Roger Bacon Academy, Inc. founded in 1999 by education pioneer Baker Mitchell. The other schools include Douglass Academy in Wilmington, Columbus Charter School in Whiteville, and South Brunswick Charter School in Southport with a combined enrollment of over 2,100 students in K-8. All four are tuition-free, charter schools that welcome all students, regardless of income, ability, or address.  To learn more or enroll online, please visit EnrollRBA.com