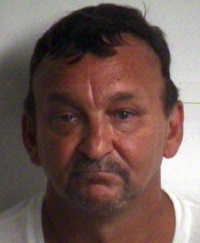 Oxendine, of Lumberton, was sentenced to a minimum of 120 months and a maximum of 153 months, according to a news release from the District Attorney’s office.

After the assault, evidence was collected and a composite sketch of the attacker was released, but the investigation went cold, the District Attorney’s office says.

A DNA profile was collected from the woman’s clothing after the attack and entered into a nationwide database, according to the release.

Meanwhile, in 2012, Oxendine was convicted in Robeson County for felony breaking and entering. He was required to give a DNA sample because of his felony conviction. Oxendine’s DNA matched the DNA profile from the crime committed in Bladen County in 1996, according to the news release.

“Law enforcement officers involved in this case remained committed to seeking justice years after this horrific incident occurred,” District Attorney Jon David said. “The victim in this case was savagely attacked by a total stranger in the sanctity of her own home. For nearly 19 years the identity of the perpetrator remained a mystery until DNA solved this case.”