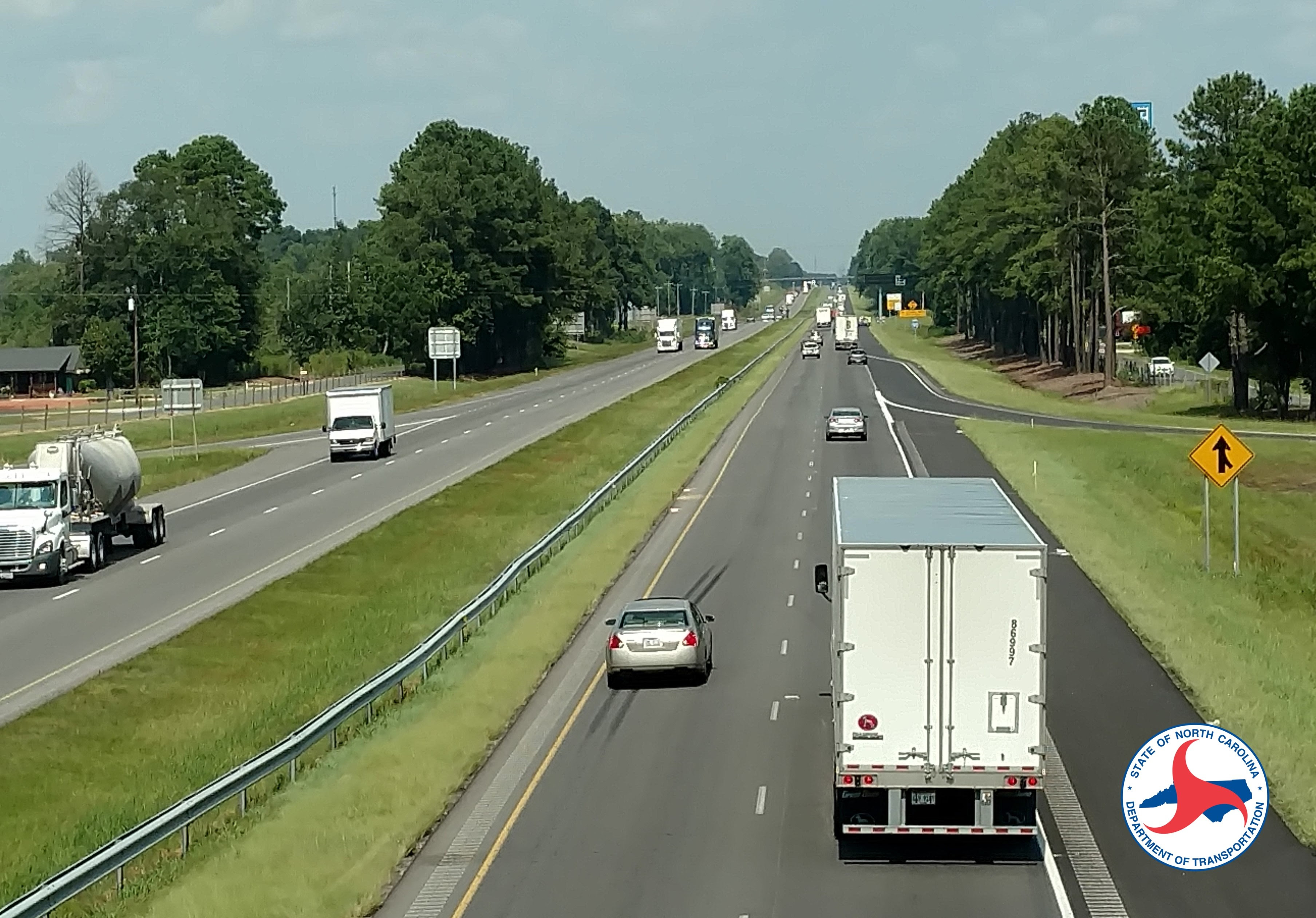 FAYETTEVILLE –The N.C. Department of Transportation will start construction later this year on widening and upgrading one of the oldest sections of Interstate 95, thanks to a federal grant.

The department last year received $147 million in federal dollars from the Infrastructure for Rebuilding America program. The  INFRA grant was earmarked for widening I-95, and upgrading sections of U.S. 70 to future Interstate 42 in eastern North Carolina. The grant also will pay for the installation of 300 miles of fiber optic cable along both highways to expand access to broadband and telecommunication access.

The grant allowed the department to accelerate plans to widen I-95 between exit 56 in Eastover and exit 71 outside Dunn – a 15-mile span in Cumberland and Harnett counties.The interstate will be widened from four lanes to eight lanes

The department in late August awarded the $404 million contract to S.T. Wooten Corp. of Wilson to reconstruct this segment of I-95. The rest of the money for the contract will come from highway trust funds.

Nearly every interchange and bridge must be rebuilt to accommodate the wider highway, and meet modern design standards for higher overpasses, wider paved shoulders and longer ramps to enter the freeway. This section of the interstate was built about 60 years ago.

“This is a massive improvement project, and one that is sorely needed,” said Grady Hunt, who represents the Fayetteville area for the N.C. Board of Transportation. “Modernizing the East Coast’s main highway is an important, long-term goal for our state.”

This is a design-build contract, which is an alternative approach for construction. A design-build team combines the engineering, right-of-way and construction functions under one manager – a relationship that promotes design innovation and faster project delivery.

Most of the route does not have a final design yet. The contracting team will finalize the design and coordinate efforts to acquire additional right of way needed for the extra lanes and interchange improvements. The process for completing both will take about a year, although some initial grading around exits 70 and 71 will begin later this year. Construction of the entire project is expected to take about four years to complete.

Although the shoulders will be narrowed for construction, four travel lanes will be maintained during the life of the project. That will mean there will be only brief overnight closures, for example, when bridge girders are set into place over the interstate. In many cases, the existing interchanges or overpasses will remain open to traffic while the new structures are built around the old ones they will replace.

Here are some other project highlights: