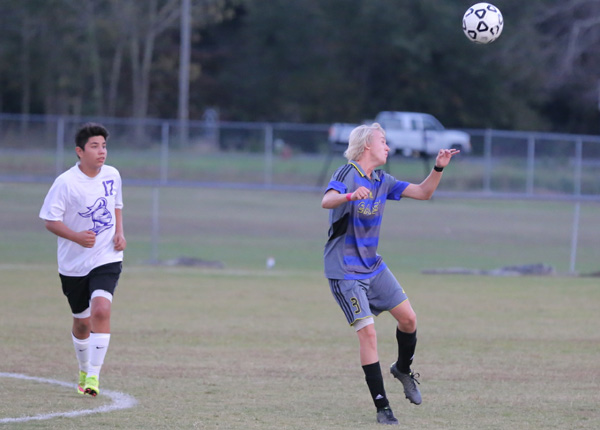 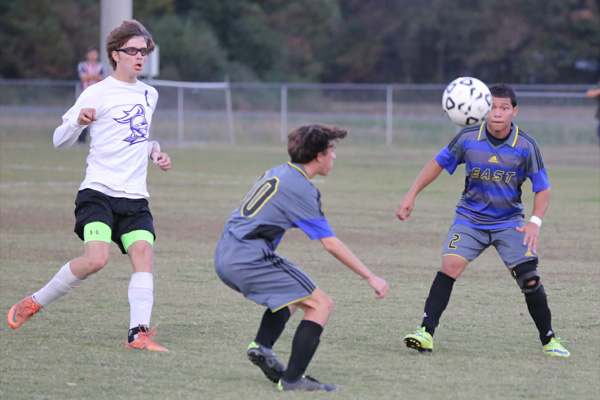 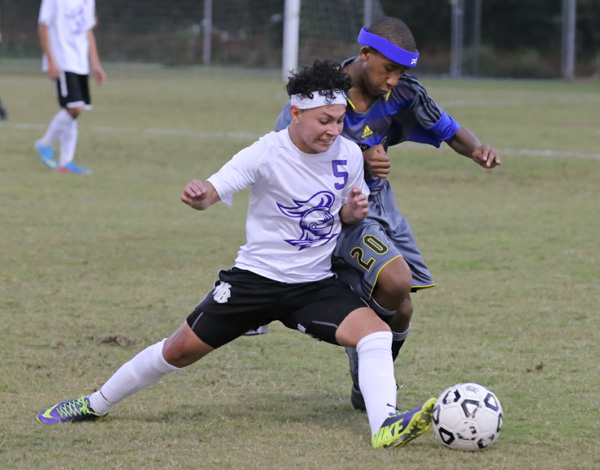 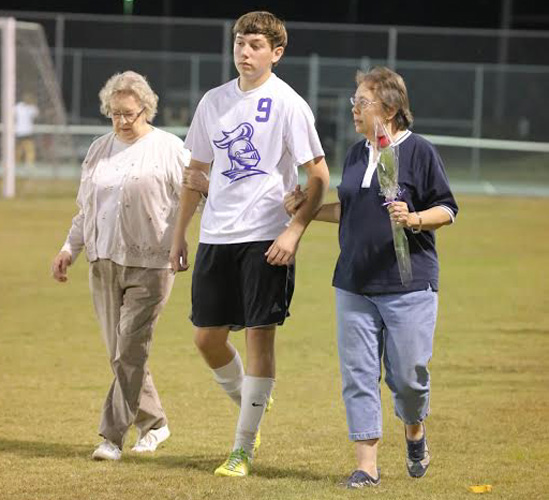 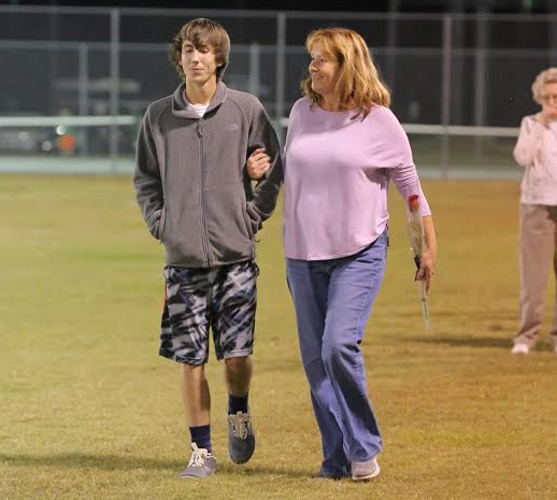 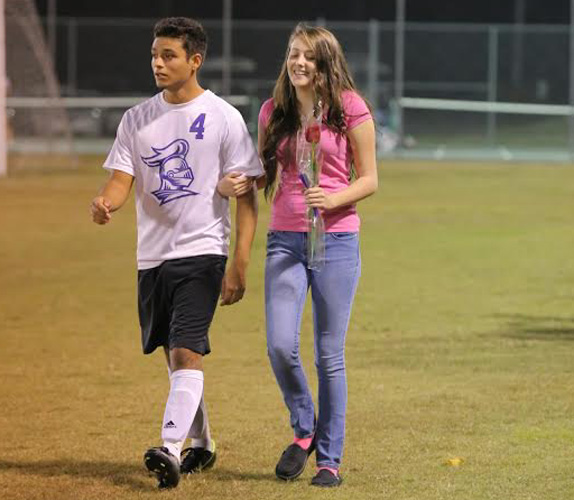 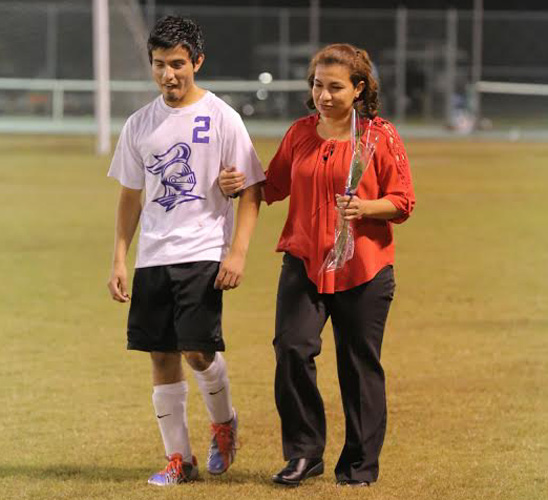 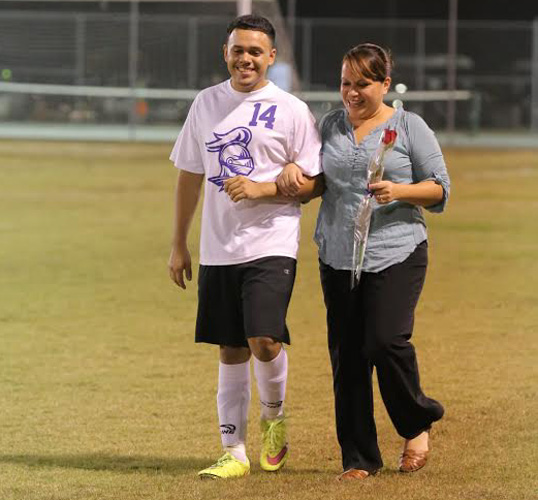 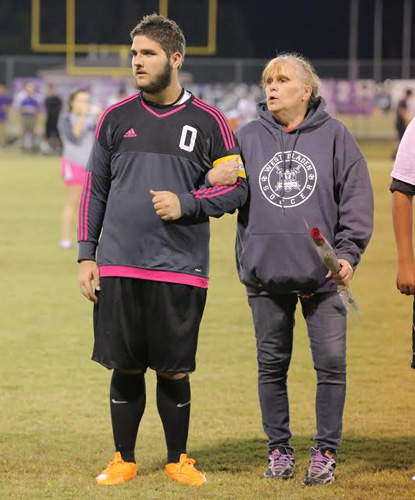 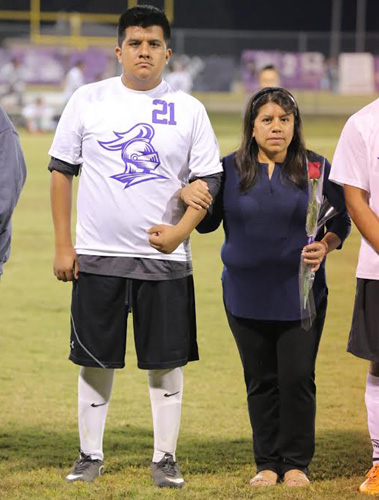 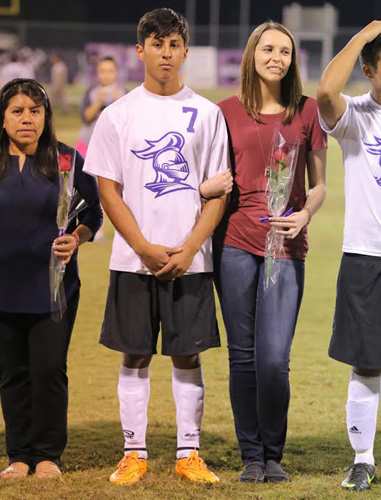 The teams were in a scoreless deadlock for the game’s first 33 minutes. Knight freshman Emerson Escobar split a pair of Eagle defenders and fired in a shot from 24 yards out to put West up 1-0 seven minutes before halftime.

Nine minutes into the second half Eagle senior Alex Felder sent a pass to sophmore Josue Guvera on the right baseline. Guvera fed a pass back to freshman Greyson Heustess who banged a shot past the goalie for the tying goal.

Nine minutes later East sophmore Kevin Nunoz played a long pass to Felder who received the ball in a scrum then popped a pass up and over to Guvera who took the ball out the air and kicked it in for a 2-1 East Bladen lead with 22 minutes remaining to play.

With seven minutes on the clock, Heustess was fouled in the box, and Felder drilled in the penalty kick for a 3-1 East lead.

With one minute left, Felder sent a pass ahead from midfield to Guvera on the right side at the top of the 18 yard line. Guvera cut past a defender , went left around the charging goalie and shuffled the ball into the left side of the goal.

Guvera led the Eagles with 2 goals and an assist. Felder finished with a goal and an assist, and Heustess had the other Eagle goal.

Escobar accounted for the only West goal.

East Bladen will now await the posting of the NCHSAA play-off pairings Saturday to see if they receive a berth.