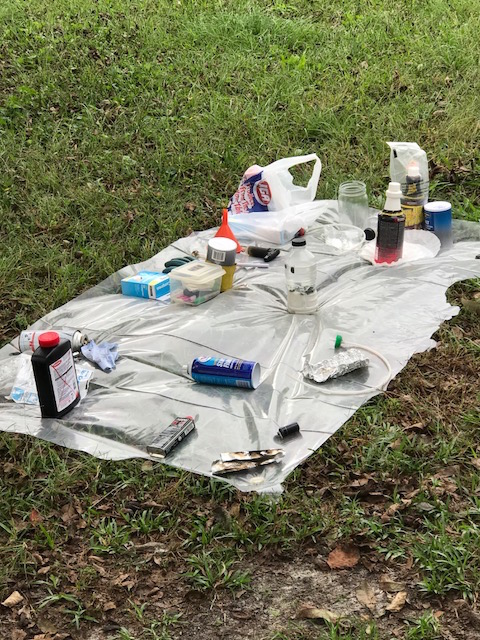 Methamphetamines are starting to make their way into Bladen County, according to local law enforcement agencies.

“Now, a lot of them are going to meth,” said Chief Deputy Guyton.

He described the battle to put an end to drug abuse. “It’s like you putting out brush fires. You get one out and another one pops up,” said Chief Deputy Guyton.

The issue is similar to economics. As long as there is a demand, someone will try to meet the demand with their own supply, said Chief Deputy Guyton.

He said currently, the main drugs the Narcotics Unit is seeing remains heroin and opioids but methodphetamine is beginning to work its way into the county.

He said a disturbing trend his officers are finding is suboxone strips. These strips, when properly used, can provide relief for severe and chronic pain. Many individuals who are addicted to opioids will try to get high using these strips.

The website recoveryfirst.org  reports that many addicts will dissolve the suboxone strips and then inject them in order to get high.

The Bladenboro Police Department is a small department with 6 officers including Chief Howell. He said the only resource his agency has is to try to attempt to make undercover purchases in order to stem the tide.

The trend is different in Elizabethtown. Sgt. Thompson, an investigator with the Elizabethtown Police Department, said he recently made an arrest and was surprised to find methamphetamine.

“I’ve seen it here and there,” said Sgt. Thompson.

He said the majority of the drug arrests with the Elizabethtown Police Department are for marijuana and cocaine. Sgt. Thompson said heroin is also becoming common due to the opioid problem.

“Like many of the other agencies, we’re dealing with the pill problem,” said Sgt. Thompson.

He added, that if more individuals are showing up with methamphetamines, someone in the area is manufacturing it.

“We have to try and determine who is making it,” said Sgt. Thompson.

As agencies work to try to get the items off the streets, Chief Deputy Guyton said the trend will change.

“We use New Hanover County and Brunswick County as a gauge,” said Chief Deputy Guyton.

He said the trends seen in New Hanover and Brunswick Counties will eventually make there way to Bladen County. The trend there right now, said Chief Deputy Guyton, is methamphetamine.

Also, if a person is using methamphetamines they will likely be more active than normal. Chief Deputy Guyton also said methamphetamine users tend to have rotten teeth and they will have soars or scars where they have scratched and clawed their skin. He said the methamphetamines makes them fell like their skin is itching there by causing them to scratch or dig at their skin until it bleeds.