Mexican National Charged for Voting by an Alien 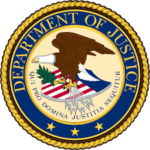 RALEIGH – Robert J. Higdon, Jr., United States Attorney for the Eastern District of North Carolina, announces that a Criminal Information has been filed charging Alma Ilzet Mar Escalante, age 36, of Mexico, with voting by an alien.

According to the charging document, Escalante registered to vote in North Carolina in 2012 and attested under the penalty of perjury that she was a citizen of the United States. As detailed in an affidavit supporting the Criminal Information, Escalante voted in the General Elections of 2012, 2014, and 2016, in Bladen County, North Carolina. Escalante was granted deferred action status in 2016 and her application to register as a lawful permanent resident in the United States is pending adjudication.

If convicted of voting by an alien, Escalante would face maximum penalties of twelve months imprisonment, a $100,000 fine, and a term of supervised release following any term of imprisonment.

The case is being investigated under the newly created framework of the Document and Benefit Fraud Task Force (DBFTF) in the Eastern District of North Carolina lead by Immigration and Customs Enforcement – Homeland Security Investigations, and assisted by Enforcement Removal Operations, and the Department of State – Diplomatic Security Service. The investigation as to voting fraud is ongoing.