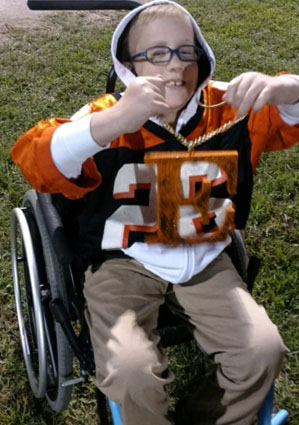 Clarkton took the opening kick-off and consumed most of the first quarter clock with a drive deep into Cougar territory that was eventually stopped on downs.

Elks raced 30 yards for a touchdown in the second quarter that put Elizabethtown ahead 6-0 at halftime.

In the third quarter, Darius Williamson stripped the ball from an attempted Blue Devil hand-off and galloped 35 yards for an Elizabethtown defensive touchdown that boosted the lead to 12-0.

Clarkton rallied as Nyquan Richardson popped free and scooted 45 yards for a touchdown that sliced the Cougar lead to 12-6.

Elks broke loose and sprinted 55 yards for a clinching Cougar touchdown in the fourth quarter. Jeffrey Jernigan carried into the end zone for the 2-point conversion and the final 20-6 margin.

“It was a pretty good defensive game,” said Elizabethtown Coach Rick Whitaker. “We scored a defensive touchdown and held them to one touchdown.”

The Cougars honored classmate Cody Clark during the game. Clark who is battling cancer was on the sidelines wearing a Cougar jersey.