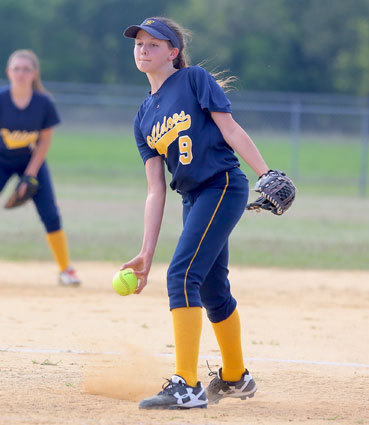 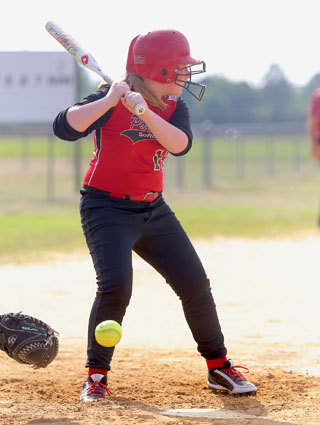 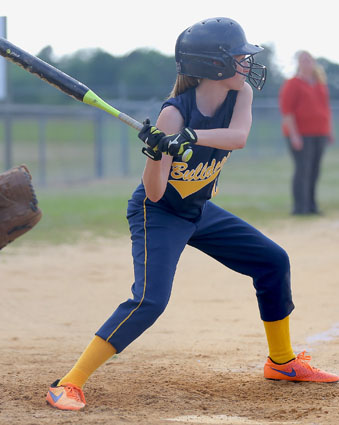 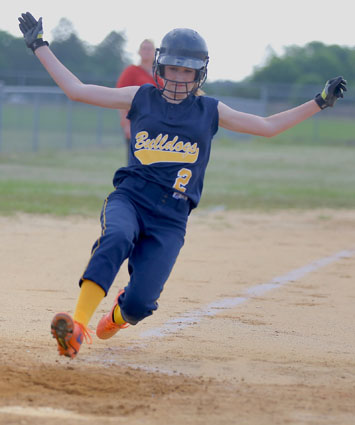 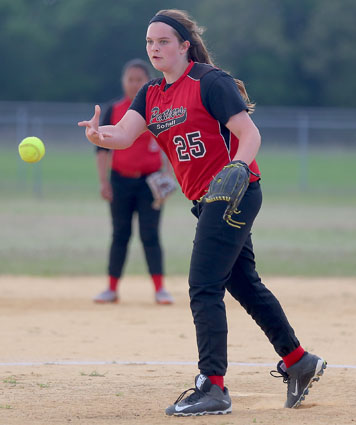 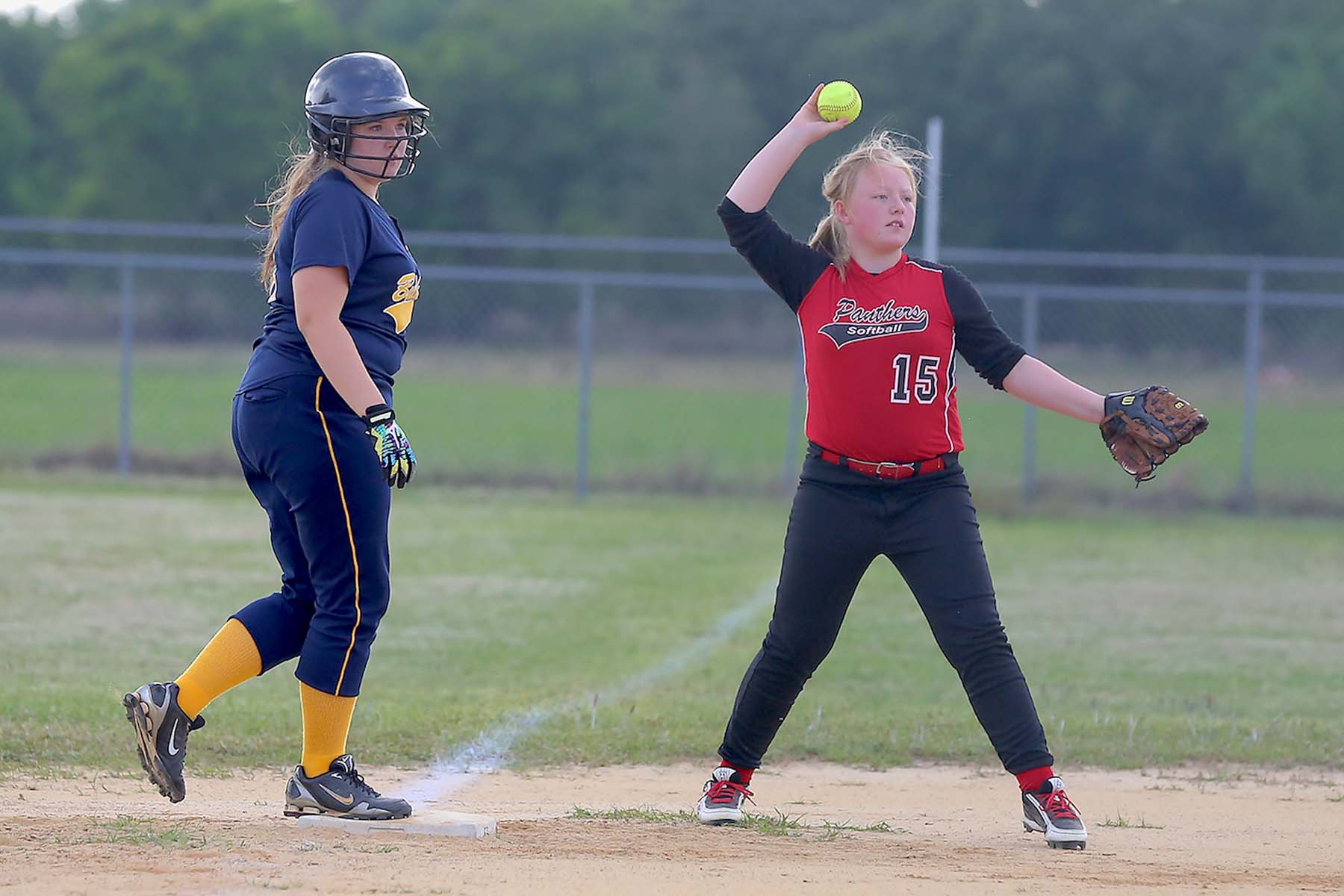 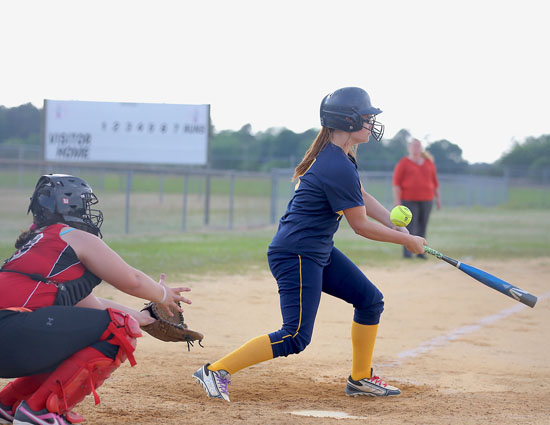 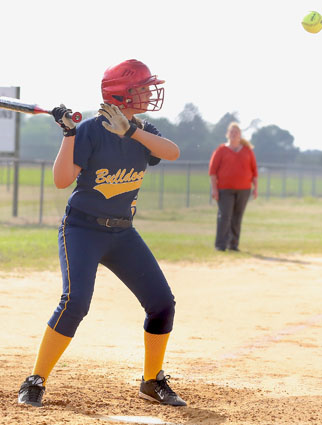 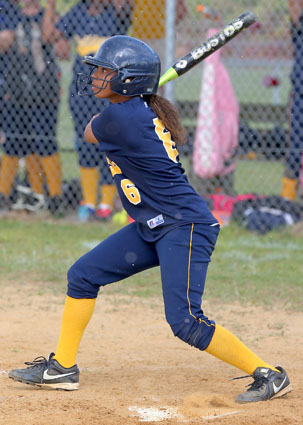 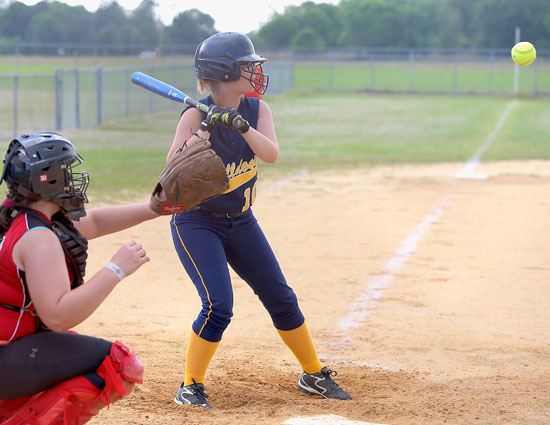 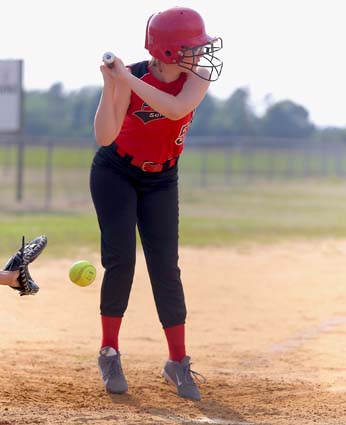 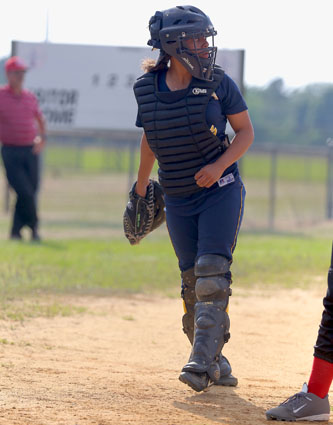 Natalie Ludlum led off the game with a walk, and Katilyn Willoughby smacked a single. Erica Storms smashed a double that plated Willoughby, before Singletary ripped her first home run past the rightfielder.

Jordan Benson slammed a double, and Willoughby hammered a 2-run triple. Storms knocked in Willoughby with another double. Benson belted a run-scoring single, and an error brought in the final 2 runs of the inning.

After walks to Willoughby and Storms, Singletary hammered a home run to left-centerfield that padded the lead to 17-2.

Benson started the Lady Bulldog third with a double. Later in the inning, Storms cracked a 2-run single, and Singletary drilled a 3-run homer to centerfield.

The Lady Panthers scored twice in the home third. Reaves lined a single down the leftfield line, and Kaylee Page and Brianna Hales drew walks.

Whitney Hall singled in a run for Bladenboro and scored a run. Pitcher Taylor West scored 3 runs, and Ludlum and Kaylex Wilcox scored 2 runs each. Lauren Taylor, Emma Smith and Summer Addington scored one run each.

Reaves, Labra and Reyes connected for one hit each for Tar Heel. Pait, Pharr, Reaves and Page scored one run each, and Reyes and Reaves had one rbi each.

West pitched the 3-inning 3-hitter and struck out two for Bladenboro.

The Lady Bulldogs improve to 2-3 in league play and will close out their season Tuesday at home against Elizabethtown. Tar Heel will travel to Clarkton School of Discovery Tuesday