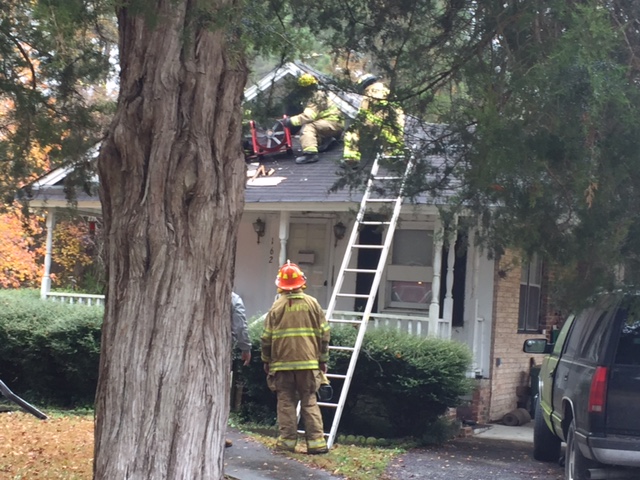 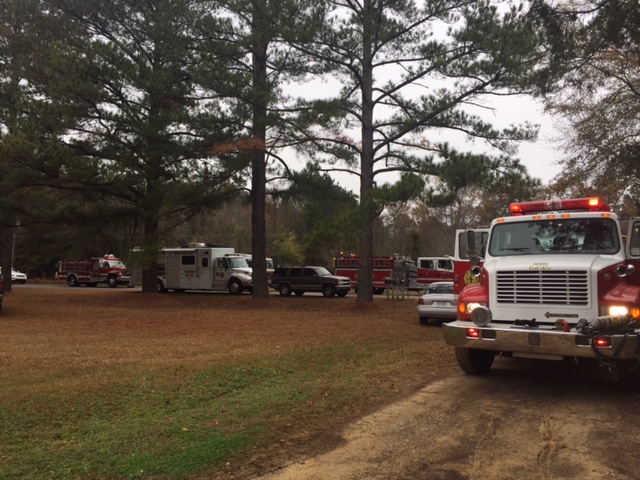 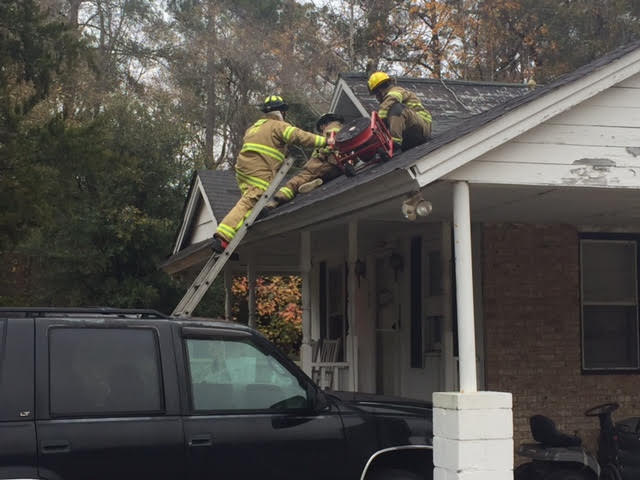 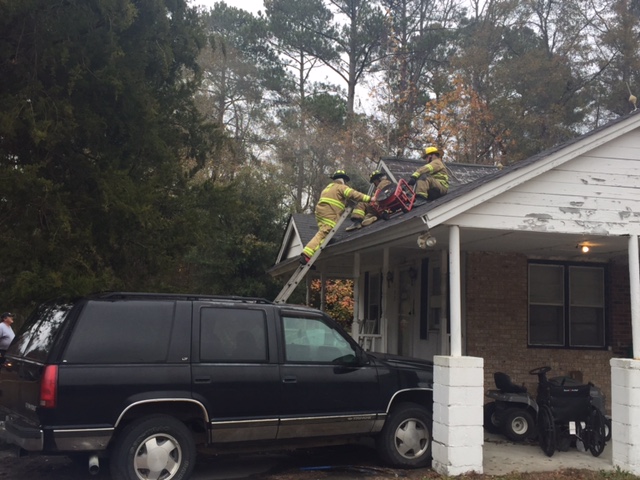 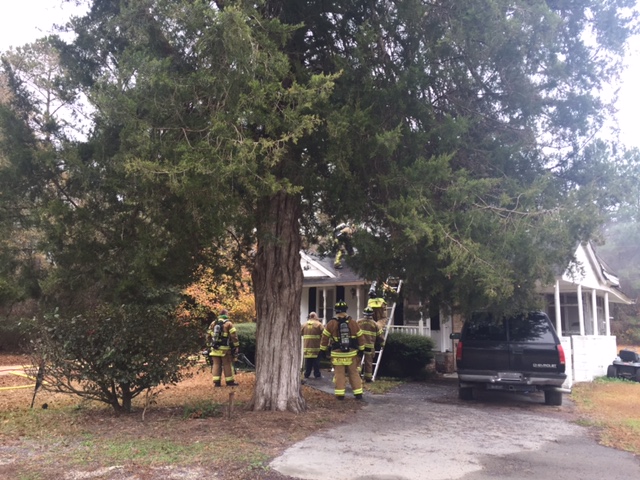 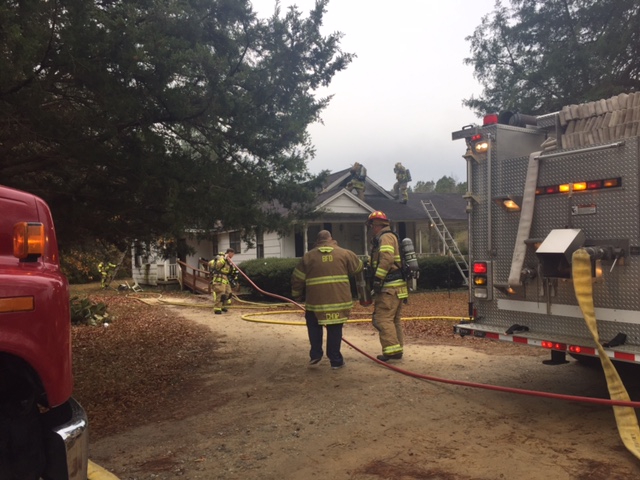 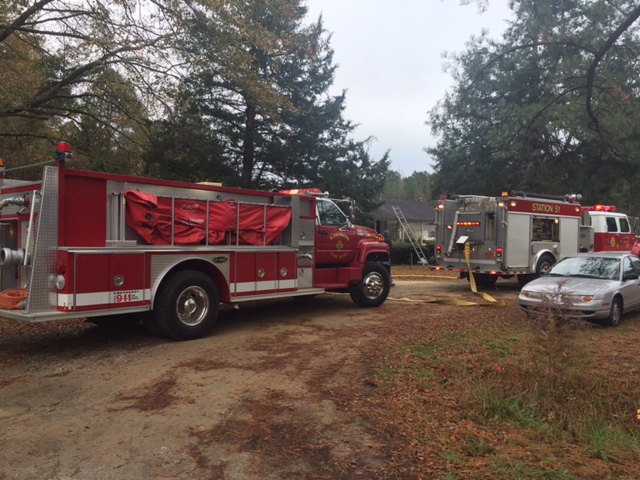 A fire on Bellamy Road near Bladenboro resulted in minor damage to the home and no injuries to the residents or firefighters.

According to officials on the scene, a wire beside the chimney burned and caused the insulation and ceiling to start burning. Jackie Coleman, with the Bladenboro Fire Department, said the fire was contained to the area around the chimney.

The home’s occupants, John Bellamy and Houston Brown, were home at the time of the fire, according to their nephew Corey Davis.

Davis said he had delivered a puppy to its new owner and decided to stop and check on his uncle who resides at 162 Bellamy Road. He said when he got out of his vehicle he smelled smoke.  Davis said he walked inside the house and saw fire coming from the ceiling. Davis said he and a cousin, who resides nearby, helped get Brown and Bellamy out of the house.