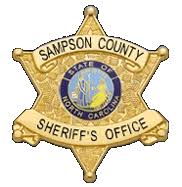 A woman who was reported missing in Sampson County was found deceased on Saturday.

According to the Sampson County Sheriff’s Office, Eileen Marie Carter, 41, of Garland was reported missing last week by her family. According to reports, Carter’s body was located in woods near the Ingold community. No further details are being released by investigators at this time.

Anyone with any information regarding Carter’s death is asked to call the Sampson County Sheriff’s Office at 910-592-4141.