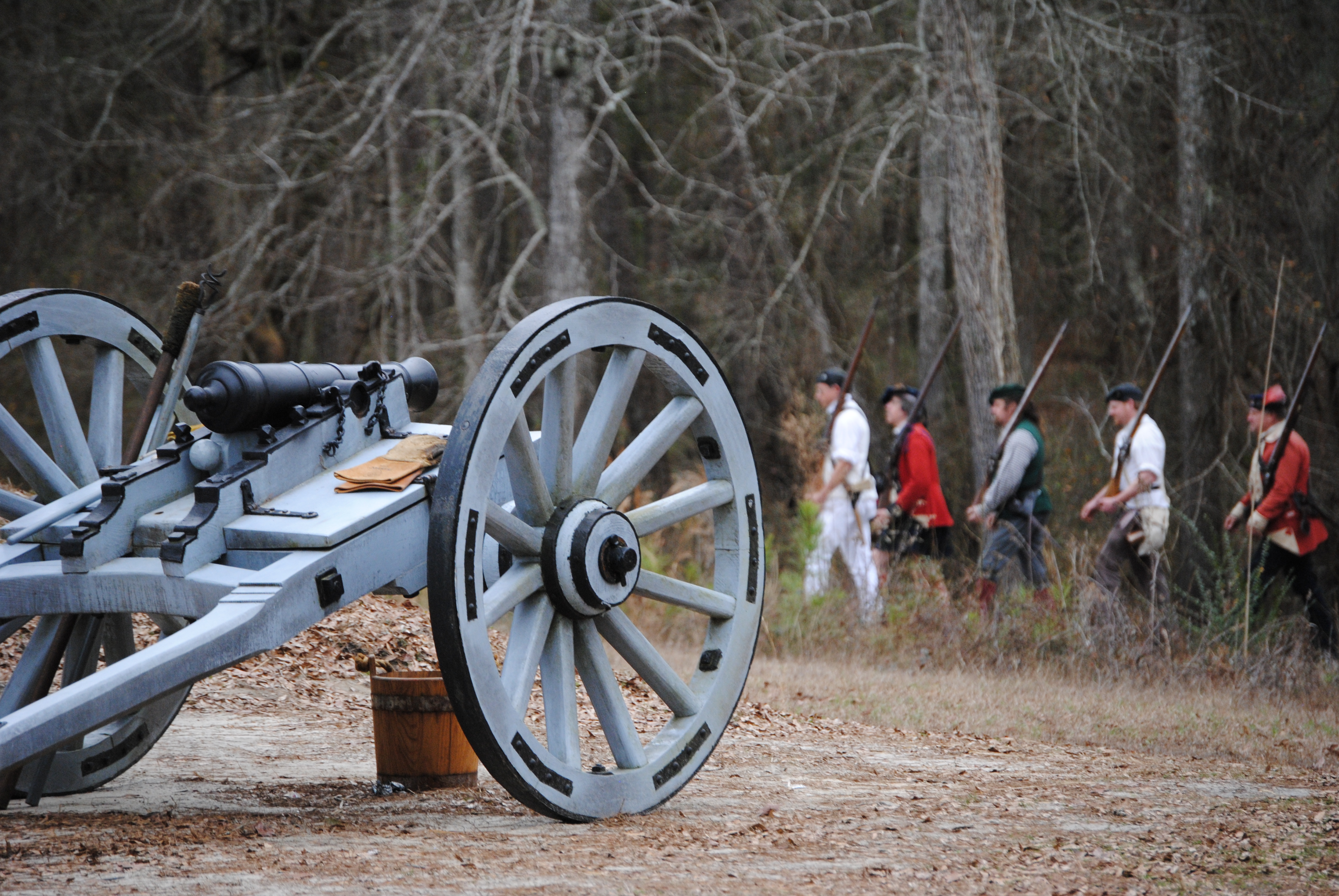 On Saturday and Sunday, February 23 – 24, 2019, from 10 am – 4 pm, Moores Creek National Battlefield, in collaboration with the Moores Creek Battleground Association, will be commemorating the 243rd Anniversary of the Battle of Moores Creek Bridge, one of the first Patriot victories of the American Revolution.

Over 150 Living Historians dressed in 18th Century clothing will fill the battlefield and demonstration area, spending the weekend demonstrating and educating the public on military and civilian life in 18th Century North Carolina. Patriot and Loyalist soldiers will be encamped in the battlefield as well as the opposite side of Moores Creek, giving a glimpse into what life was like for soldiers who fought during this battle. Demonstrations will include an interpretive demonstration of the battle with cannon and musket fire; musket and sword program; artisan demonstrations, including blacksmithing, woodworking, candlemaking, glass making; colonial foodways demonstrations; children’s toys and games; live music; educational programs, including 18th Century astronomy, surveying, militia drills, musket cartridge making, colonial medicine, and much more.

The weekend’s events will commence with a Wreath Laying Ceremony to honor those that fought, and for some, died, so that we may be free. This ceremony begins at the Visitor Center at 10 am and ends at the Grady Monument, where over 50 wreaths will be placed in honor of those brave soldiers.

Food will be for sale courtesy of the Atkinson Volunteer Fire Department. Local DAR and SAR groups, as well as other local organizations will be set up in Patriots Hall, providing information on how you can get involved in events such as this or to help you work on your ancestry. The event is FREE and OPEN to the public. For a full listing of event details, please stay connected to us on Facebook at http://www.facebook.com/moorescreeknpsor visit our website at www.nps.gov/mocr. Event information will be posted as it becomes available.