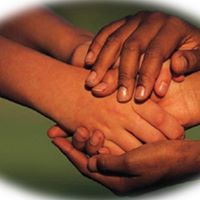 [RALEIGH, NC] —  On Tuesday, November 27th at 10:00am ET at BICENTENNIAL MALL, 1 E. JONES STREET, RALEIGH, NC the NC NAACP, Repairers of the Breach, The NC Poor People’s Campaign: A National Call for Moral Revival,  and coalition partners along with Rev. Drs. Spearman and  Barber will hold a press conference and Moral Day of Action.

After losing their supermajorities in the House and Senate on Election Day, extremist lawmakers are holding a “lame duck” session on November 27, the week after Thanksgiving, to pass a voter ID law while Republicans still have their veto-proof majority. This is undemocratic, and we reject another last minute attempt to use power gained illegally through voter suppression to suppress the right to vote of people of color, the poor, those living with disabilities, veterans, women and students. Voters have spoken loud and clear when they voted to break the GOP supermajorities in the House and Senate. “The current legislature was elected using unconstitutional maps that were gerrymandered based on race. Their monster voter suppression law was already struck down for targeting black voters ‘with almost surgical precision.’ The NC NAACP continues to challenge in court this usurper General Assembly’s authority to place constitutional amendments on the ballot at all,” said Rev. Dr. T. Anthony Spearman, NC NAACP State Conference President. “We are not a people who will shrink back! We have fought this unconstitutionally-elected legislature and won against them in the courts and in the court of public opinion.”

Any action taken in this special session should be aimed solely at alleviating the suffering of those still seeking a Just Recovery in the aftermath of Florence, our friends and neighbors and family members in the East who are fighting to overcome the devastation wrought by the storm. That is what is morally and legally authorized and should be our sole and only focus. The current GOP supermajority has absolutely no legitimacy when it comes to laws which affect people’s right to vote.

” The people in apartheid South Africa had a saying, ‘the dying mule kicks hardest!’ We have heard the call from the people of North Carolina who voted to break the veto-proof supermajority, and from the prophet Isaiah who warns, ‘woe unto those who make unjust laws.’ We will not remain silent while the dying mule of a usurper legislature attempts to legislate voting rights away from the people. When what they should be gathering to discuss is a Just Recovery for the thousands of people of color and poor and low income people fighting to survive in the aftermath of Hurricane Florence,” said Rev. Dr. William Barber II, President and Senior Lecturer, Repairers of the Breach.

All Roads Lead to Raleigh: A Moral Day of Action

Representatives from leading democracy advocacy groups from across the state