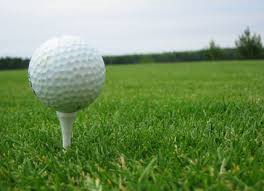 More Golf Terminology That You Might Not Have Been Aware Of

Army Golf: Going from the left side of the hole to the right, then back to the left again (left, right, left … get it?).

Barkie: Hitting a tree and still making a par.

Breakfast ball: An unofficial rule of golf that gives you a free mulligan on the first tee. For many golfers, it’s the most important meal of the day.

Coast-to-Coast Flight: A ball that is hit from one green-side bunker to a bunker on the opposite side of the putting green.

Chili-Dip: When you chunk a chip.

Chicken Stick: The one club in your bag that you can always rely on, your go-to safety club.

Chippie: Chipping in from around the green.

Chunk: Hitting the ground very hard thus taking a big honking divot out of the turf. Sometimes the divot, or the player’s club, goes further than the ball. Another way to say you hit a golf shot fat.