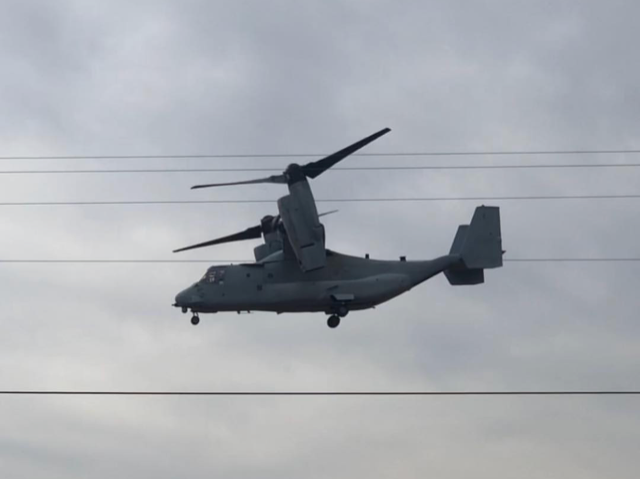 Bladen County was the host site for Marine Corp training on Tuesday evening and night. The Bladen County Emergency Services Training facility at White Lake and the airport in Elizabethtown were used during the training exercises.

Sergeant Gary Turlington with the Bladen County Sheriff’s Office announced the training. He said, “The second Marine division is conducting an exercise at our training facility to hone their skills.” 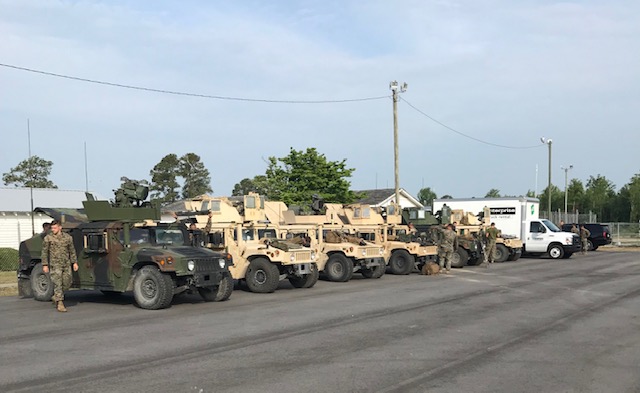 In this exercise, the Marine Expeditionary Training Unit from the 2nd Marine Division conducted a successful training event at the Bladen County Emergency Services Training Center with over 150 Marines and support personnel participating, according to Sergeant Gary Turlington.

“The use of this facility affords these soldiers and pilots an opportunity to train in more realistic conditions in an area that they are completely unfamiliar with. This is all in preparation of upcoming deployments and DOD (Department of Duty) assignments. The airspace was heavily used by a myriad of marine combat aircraft,” Sgt. Turlington said.

The training exercises took place at the White Lake Center and at the airport in Elizabethtown. “The air operations were supported by staged Marine support assets at the Elizabethtown Airport. An Osprey (MV-22) aircraft operated out of the landing zone at the Training Center,” Turlington explained.

“This is yet another example of the significant and productive utility if this training center,” Sgt. Turlington added in reference to the Bladen County Emergency Training Center.