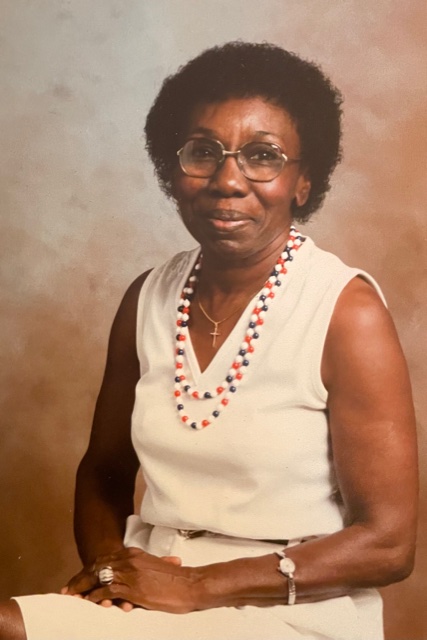 Esther Mae McNeill Huntley had a remarkable life before she passed away on January 11, 2021. She was born in Fayetteville, North Carolina, on May 7, 1921. In 1944, she graduated from the North Carolina Agricultural and Technical State University with a degree in Home Economics. While in college, she became a Zeta Phi Beta Sorority, Incorporated member, which was only the beginning of her leadership legacy.

After graduating from college, Ms. Huntley obtained a Head Start position in New York which provides early learning opportunities to children growing up in poverty. There she became a leader in the company, assisting with starting several facilities and implementing the Head Start program.

According to her obituary, she was a pioneer in childcare and politics. Ms. Huntley opened the first licensed daycare facility in Bladen and surrounding counties in 1957, and she became an influential black businesswoman.

According to the current Mayor of the Town of Elizabethtown, Sylvia Campbell, Ms. Huntley was the first black female to serve on Elizabethtown’s City Council in 1979, where she served two terms.

Mayor Campbell said, “I think she was a very smart lady and very interested in the community.

In remarks about Ms. Huntley being a trailblazer, Mayor Campbell added, “I think it was a proud moment for our town.”

Although the COVID-19 Pandemic has limited in-person gatherings, Ms. Huntley has been remembered in several services practicing the safety precautions over the past several days, including a parade. She was said to be a lady with integrity and remarkable character. Many of her past daycare children recalled her passion for education, travel, and community inspiring. They counted it a blessing to be cared for by Ms. Huntley and reminisced about the lessons they learned from her.

Her legacy lives on with her family and friends. The daycare she started is now owned by her granddaughter, Ilka Huntley McElveen, and continues to offer care and education to children under a new name, Kidz in Motion.

Her obituary at Newton’s Funeral Home states, “It was her belief that an education and reading was the key to success and every child deserves that chance!”

Ms. Huntley was the daughter of the late Rufus and Margaret McNeill of Elizabethtown, North Carolina.