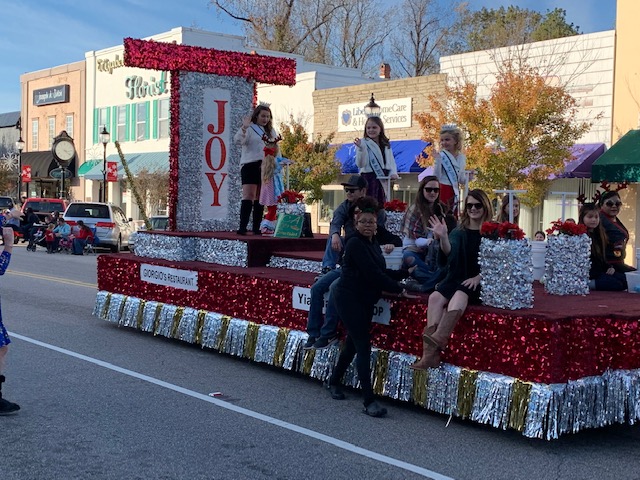 The traditional holiday parade will work its way through the streets of their hometown and end with the arrival of Santa Claus.

New this year, the Elizabethtown-White Lake Area Chamber of Commerce is hosting a community get-together in the Farmer’s Market following the parade. Children will be able to visit with Santa and get a signed football from the Murchison twins.

The festivities celebrate the start of the holiday season with several merchants offering Sunday shopping hours and special discounts.

The Chamber encourages residents to take advantage of the brand names and unique gifts available from stores like Amy’s, Fishers and the Ladies Shop, Leinwands, Ray’s, Yia Yia Gifts & More, Sassy Chick Boutique and Toddler & Teens Boutique. In addition, several crafts people and food vendors will be on hand at the Farmer’s Market on Sunday afternoon.

Entry applications for the parade are being accepted until Tuesday, November 26. Applications can be downloaded from the Chamber’s website: http://elizabethtownwhitelake.com/elizabethtown/elizabethtown-white-lake-area-christmas-parade/

For more information on the parade or festivities on Sunday, December 1, contact the Elizabethtown–White Lake Area Chamber of Commerce at 910-862-4368.