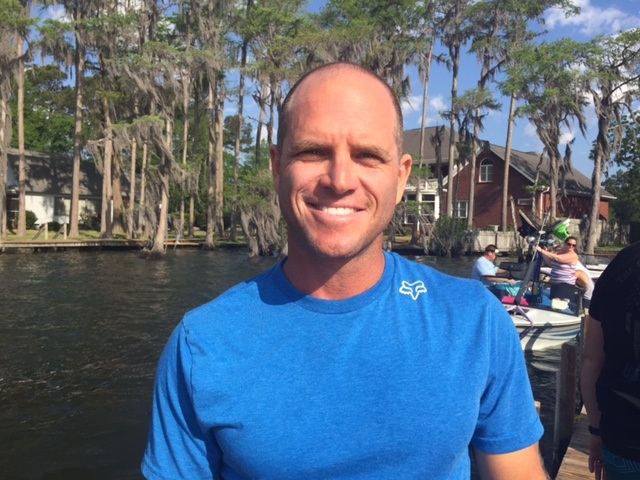 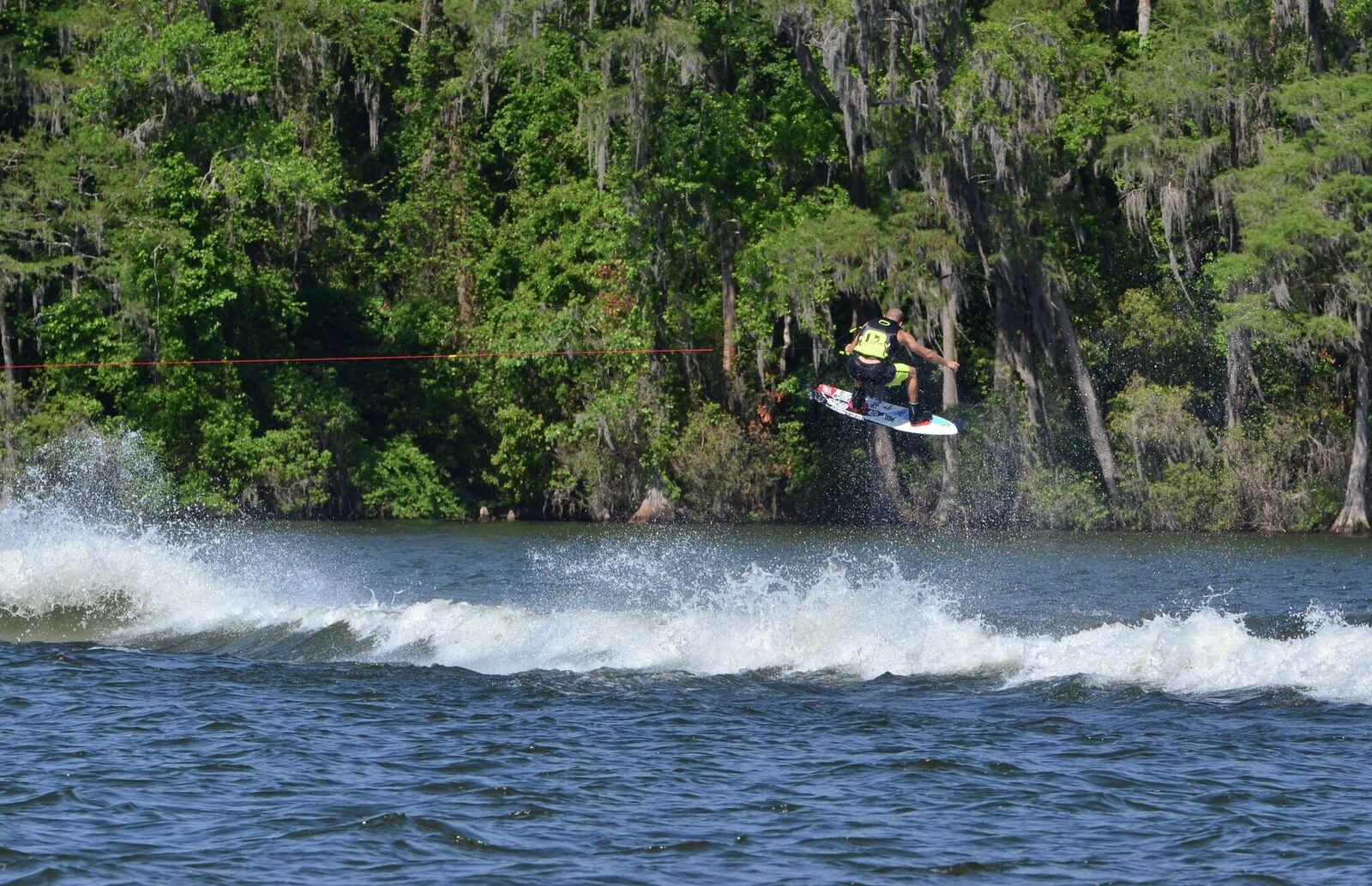 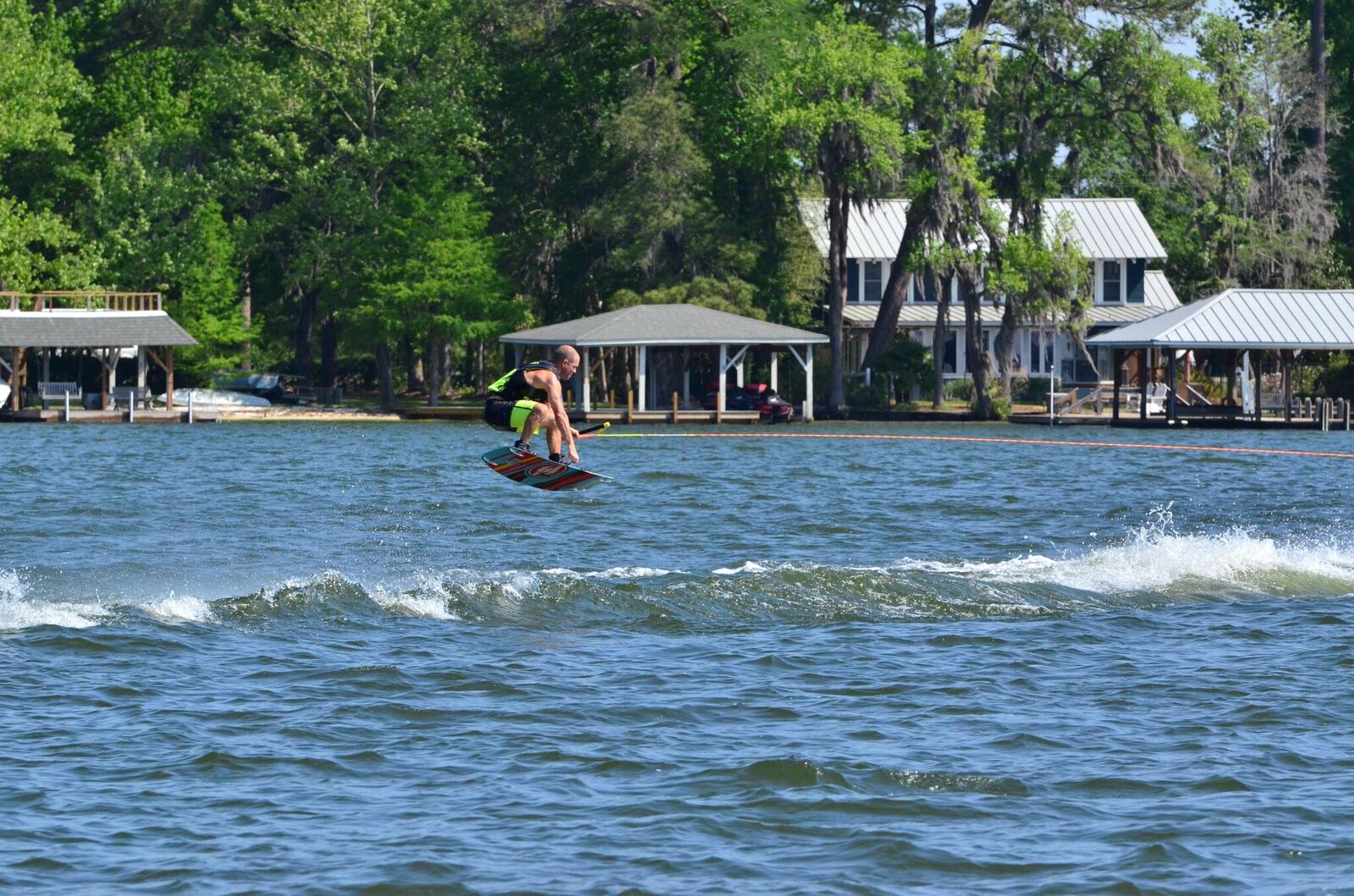 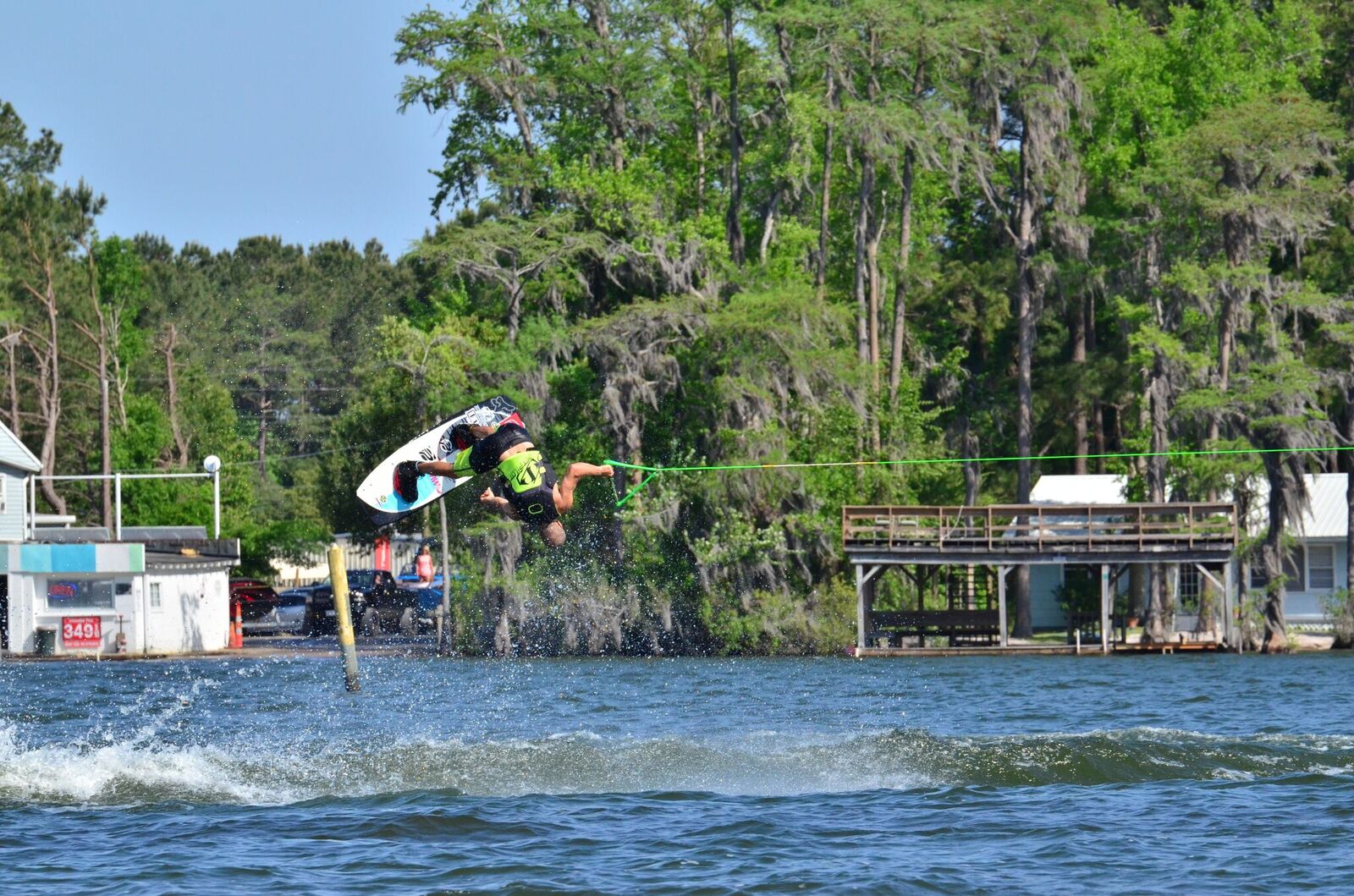 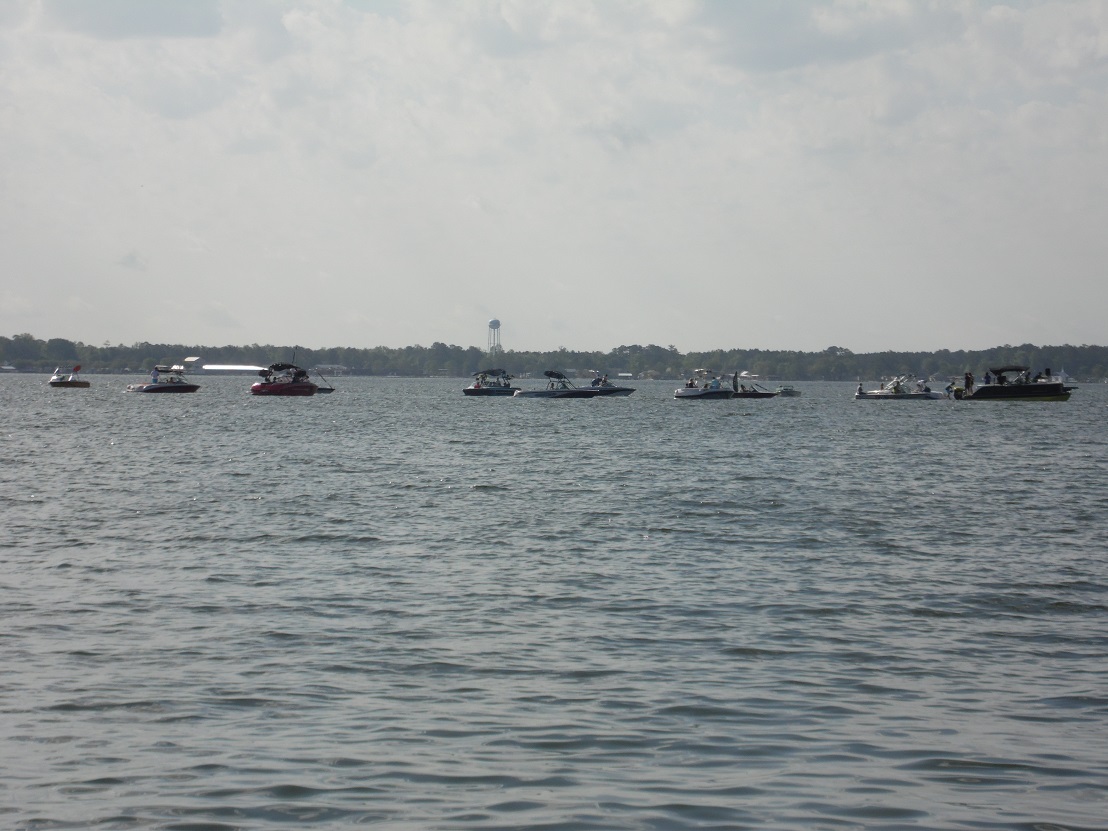 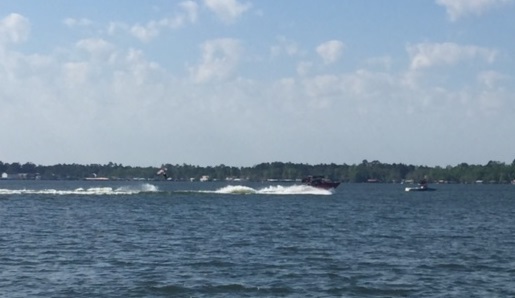 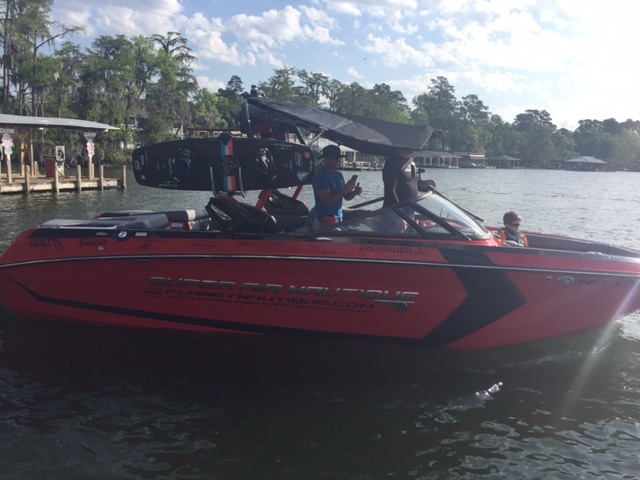 Professional Wakeboarder Shaun Murray set an unofficial world record on Saturday at White Lake by riding behind 46 Correct Craft brand boats. Information and documentation regarding Murray’s record attempt has been submitted to the Guinness Book of World Records and they are awaiting final word from the publisher. The world record attempt took place during the Correct Craft Owners’ Reunion which was held this past weekend at the lake.

Murray’s record attempt was to ride behind as many Correct Craft brand boats as possible and complete and inversion behind each boat–all in one day.  Townsend Link, one of the event’s many organizers said, “There was not a previous record.”

Murray’s interest in setting a world record at White Lake was inspired when he was asked to teach a wakeboarding class at the lake. He said he noticed the unusually large number of Correct Craft brand boats operating on the lake and decided it would be a good location to try for a world record.

To see other wakeboard records in the Guinness Book of World Records, click here.