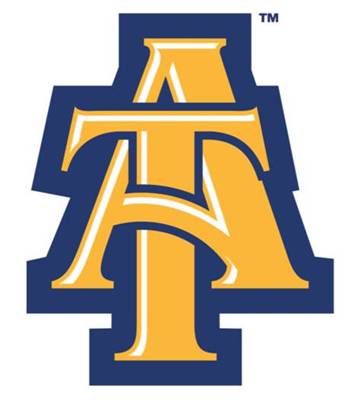 The tour, which will have about two dozen university participants, is designed to provide university leaders with opportunities to meet the leaders and residents of eastern North Carolina and to learn more about ways to strengthen existing community partnerships and ways to create new partnerships.
Media are invited to attend several stops on the tour:

 July 31, 10-11 a.m. – Vance County Farmers Market, 210 Southpark Dr., Henderson, Vance County. The tour stop at the farmer’s market visit will be attended by 2015 Small Farmers of the Year Louis Williams Jr. and Magnolia Williams, the owners of LouMag Farm in Vance County. The couple has
been farming for more than 40 years and has been a leader in selling directly to consumers.
The Vance County Farmers Market, which supports direct sales by local farmers to their neighbors, was made possible through the generous support of Vance County Farm Bureau, NC Tobacco Trust Fund Commission, NC Agricultural Development and Farmland Preservation Trust Fund and Vance
County government in partnership with NC Cooperative Extension, Vance County Center.

Ronald W. Simmons Jr., the 2018 Small Farmer of the Year, and his wife, Laurita, are the owners of the pastured pork operation Master Blend Family Farms. The farm near Kenansville includes an on-site general store that sells a variety of locally grown products in addition to pork.

Simmons started raising pigs in 2012 after consulting with James Hartsfield, an area farm management agent with N.C. Cooperative Extension in Duplin and Sampson counties. He credits Extension with helping his operation thrive.

Through making, tinkering and engineering, children and youths learn 21st-century skills and the value of “design thinking.” Since it was unveiled in October, Innovation Station has traveled to 18 counties throughout North Carolina, providing introductory and advanced STEM lessons for more than 2,000 children and youth in grades K-12.

The group will also include visits to downtown Henderson, Henry and Ardis Crews Micro Gardens in Henderson, Porter Farms in Hookerton, the Greene County Cooperative Extension Community Garden in Snow Hill, the Center for Environmental Farming Systems in Goldsboro, Tabernacle Holiness Church in
Riegelwood, and New Ground Farm in Pembroke.

The tour includes two of the university’s most distinguished leaders.
Harold L. Martin Sr., Ph.D., became the university’s 12th chancellor in 2009. The first alumnus to serve as the as the university’s chief executive, he brought more than 30 years of transformative leadership experience in higher education to the role.

Under Martin’s leadership, A&T has become one of the nation’s top producers of African American graduates in engineering, mathematics, statistics, agriculture, journalism, visual and performing arts, marketing and physical sciences. In 2015, the university earned the Community Engagement Classification from the Carnegie Foundation for the Advancement of Teaching. During Martin’s tenure, it has also grown its statewide economic impact to more than $1 billion and its regional economic impact to more than $700 million.

Mohamed Ahmedna, Ph.D., a renowned researcher and an A&amp;T faculty member from 2000 to 2010, became dean of the College of Agriculture and Environmental Sciences in October. As a researcher, he served as principal investigator (PI) or Co-PI on 29 externally funded research projects totaling more
than $26 million, and he authored or co-authored 212 peer-reviewed publications and abstracts.

Ahmedna worked as a science and technology fellow at USDA’s National Institute of Food and Agriculture in Washington beginning in 2017. Prior to that he was a professor of food science and nutrition at Qatar University, where he also served as associate dean for research and graduate studies
in the College of Arts and Sciences.