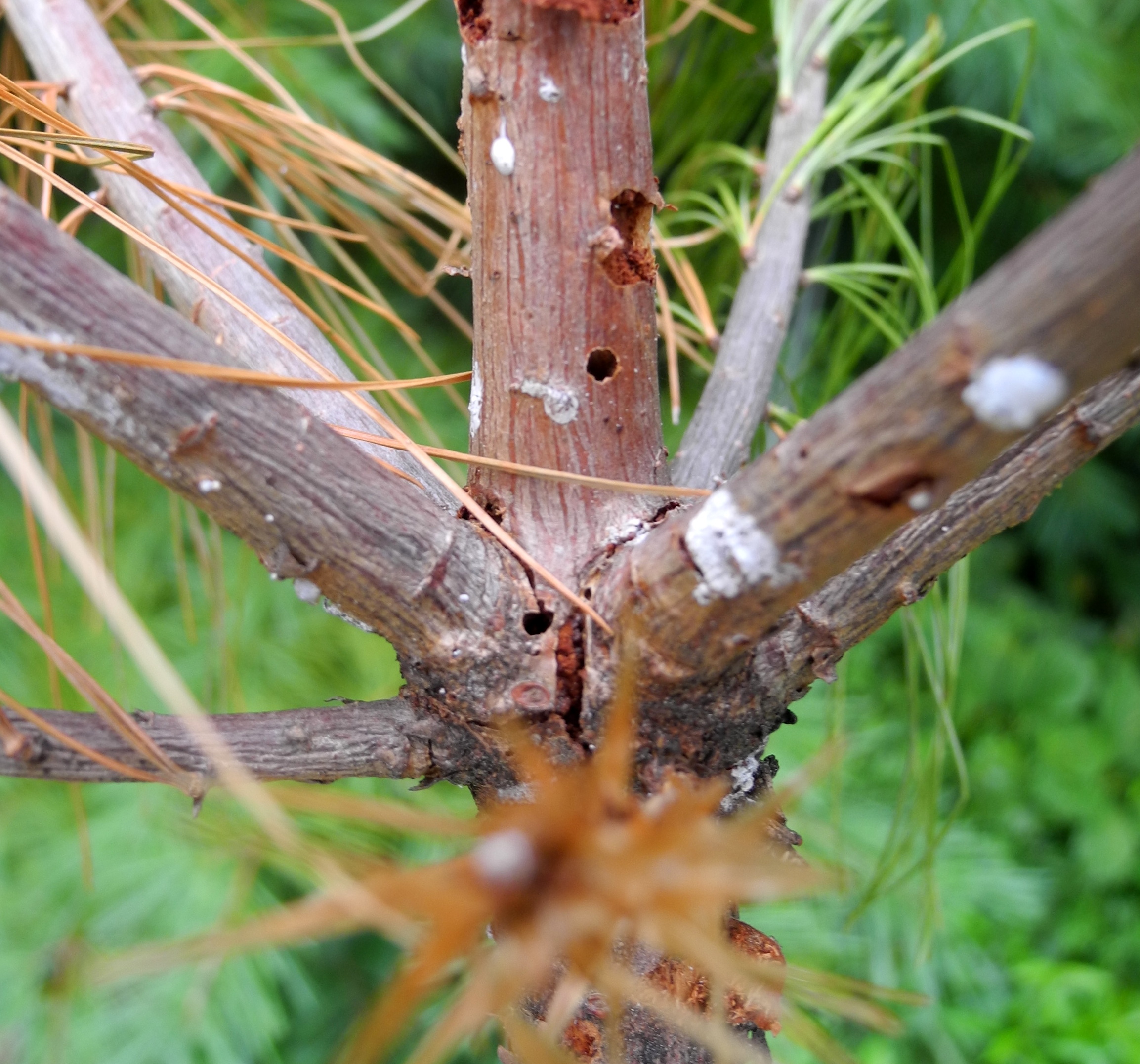 RALEIGH – The N.C. Forest Service is encouraging land owners in Western North Carolina to watch for signs of damage in eastern white pines following reports of declining health in some of those trees in Ashe, Haywood, Madison, Mitchell, Transylvania and Swain counties.

“We have gotten reports that some of these trees have branch dieback, crown thinning, diseased areas of dead tissue known as cankers, excessive resin outflow, and in the some cases, the trees have already died,” said Brian Heath, a forest health specialist with the N.C. Forest Service.

The underlying cause is a tiny scale insect, Matsucoccus macrocicatrices, which was first discovered in North Carolina in 2013, but has never before caused problems.

The Matsucoccus scale was first recorded in the southeastern U.S. in 2006 in Bath County, Va., on trees with lower branch dieback, cankers and some mortality. In 2012, a researcher noticed declining eastern white pine trees near a hemlock study site in northern Georgia and the Matsucoccus scale was subsequently identified. This tiny insect was previously only known to exist in Massachusetts, New Hampshire and parts of Canada.

Follow-up surveys found the insect in other southern states, including North Carolina in 2013, where it was discovered in Jackson, Macon, Madison and Transylvania counties, Heath said. Scientists are unsure whether this is insect has simply gone overlooked for years because of its tiny size, or if this represents a newly-expanded range for it.

The Matsucoccus scale is typically found under lichen, in branch crotches and embedded in cankers. While it has been associated with several fungal species, the one most commonly found with the scale is Caliciopsis pinea. This disease leads to the development of cankers from which large amounts of resin flows. Caliciposis pinea has been known to occur in North Carolina since the 1930s and most often affects dense stands, suppressed trees and trees on sites with poor soils.

The reported impact in North Carolina is scattered and appear to affect trees on the forest edge more frequently, Heath said. Reports from other states indicate understory trees and lower branches may be most at-risk. Landowners can contact their county forest ranger if they notice these conditions in eastern white pines.

Turnaround Times For Nematode Testing Expected To Be Long

Turnaround Times For Nematode Testing Expected To Be Long