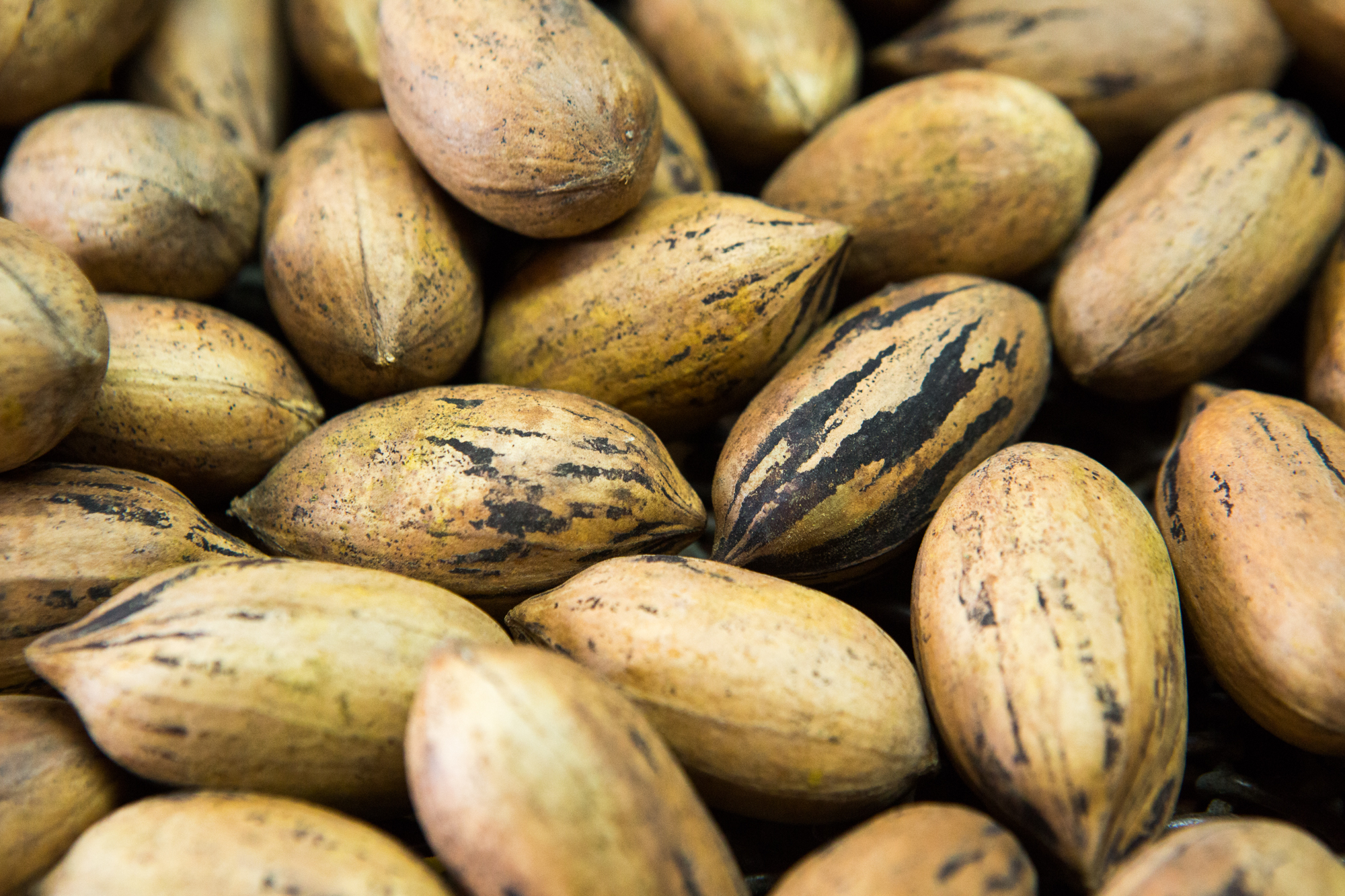 RALEIGH – After several years of weather-related setbacks, North Carolina pecan growers are reporting a strong crop. That is welcome news for farmers such as Tim Haithcock, who has been growing pecans for over 25 years.

“My trees have been heavy,” Haithcock said. “They are looking very, very good with plenty of pecans on every variety.”

Haithcock owns Indian Springs Pecans in Goldsboro. The 107-acre farm has about 30 acres of pecan trees as well as a nursery that grows trees for other commercial pecan operations. Haithcock attributes the good crop to adequate moisture and sunshine throughout the growing season. In addition, no major storms impacted eastern North Carolina during this year’s hurricane season.

Haithcock began hand harvesting early-variety pecans at the end of September. He plans to start full-scale harvesting in the coming weeks. North Carolina’s pecan season will ramp up in early November and run through the end of the year.

“Consumers should have no trouble finding North Carolina pecans this season,” said Agriculture Commissioner Steve Troxler. “Local pecans will be available in retail stores, at area farmers markets and directly on the farm. Wherever you shop, be sure to look for the Got To Be NC logo to know you’re getting a quality product from North Carolina farmers.”

North Carolina is one of the top 10 pecan-producing states in the nation. Local farmers grow between 4-5 million pounds of in-shell pecans annually. While pecan trees can be found across the state, most commercial orchards are in eastern and southeastern North Carolina. To find a local orchard near you, go to www.buyncpecans.com.