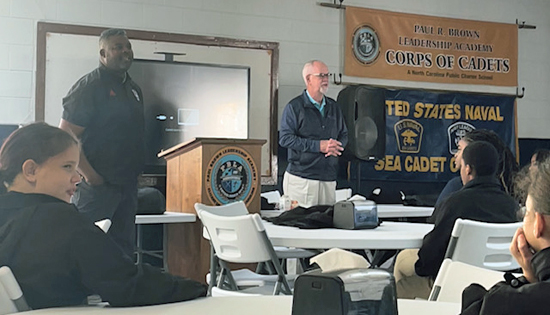 Al Byrd played football for N.C. State. The Smithfield-Selma High School graduate caught 37 passes for 467 yards and two touchdowns during the 1989-90 seasons, according to Sports-Reference.com, as the Wolfpack compiled consecutive 7-5 seasons under coach Dick Sheridan.

These days, the former wide receiver is back on campus serving as the Fellowship of Christian Athletes chaplain for the N.C. State football team. He has been in the position since 2013. 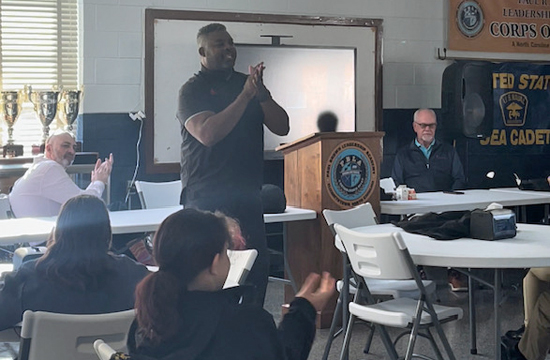 Byrd spoke to the student about the challenges they will face and about setting goals for now and in the future. He gave each student a $1 bill and challenged each one to keep it, don’t spend it, to serve as a reminder of the goals and challenges he gave them.

On the FCA web site, Byrd says “As a chaplain eight areas of ministry help to identify my role: coaches, players, coach+spouse, player+parents, support staff, volunteers, community churches, and financial partners. Through those relationships my sincere desire is to present the gospel of Jesus Christ to everyone associated with the program.”

Byrd was inducted into the Johnston County Public Schools Athletic Hall of Fame in 2016. 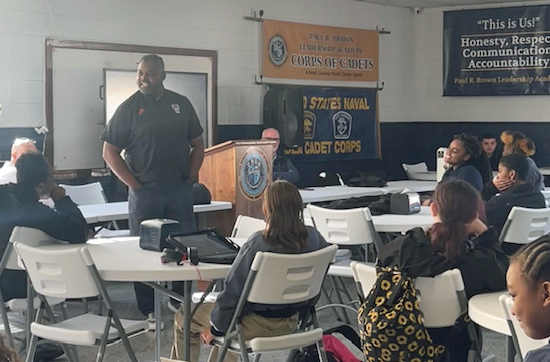 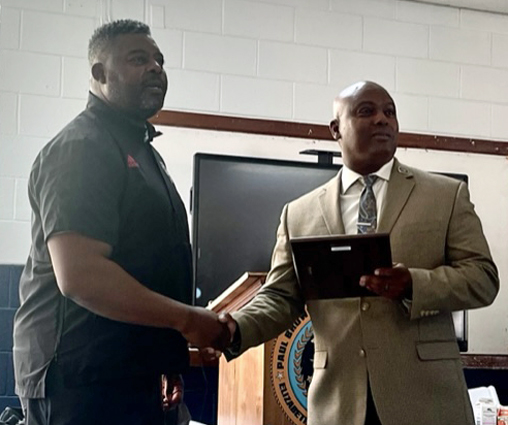 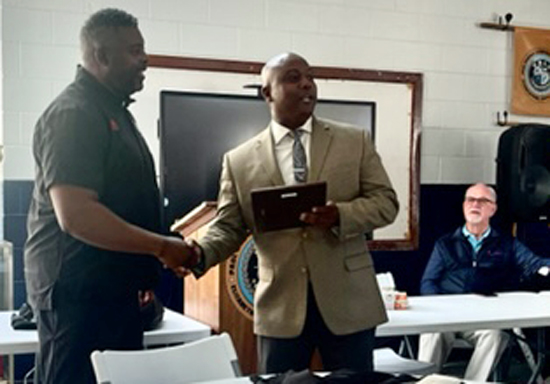 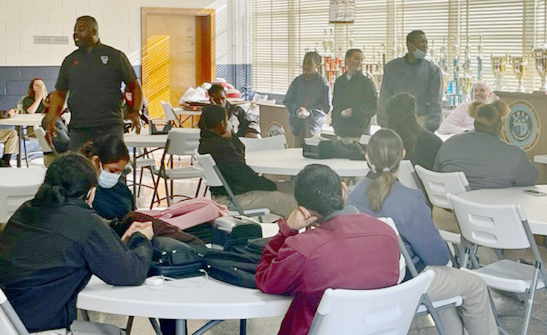 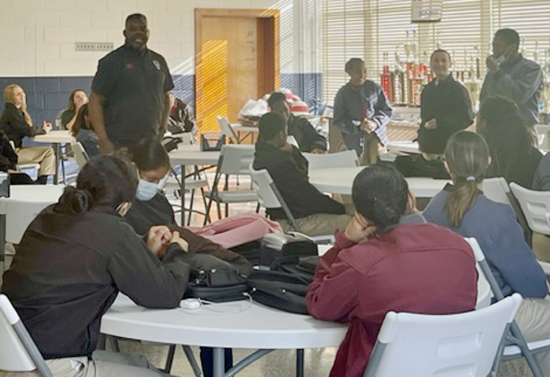 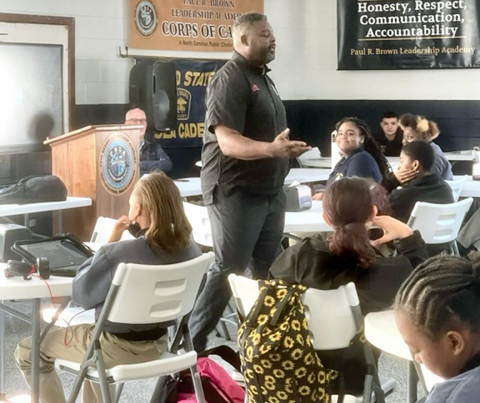 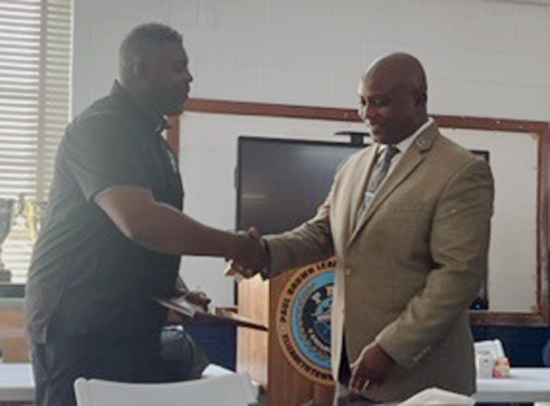 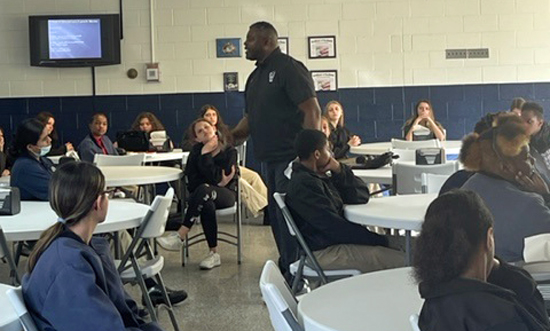 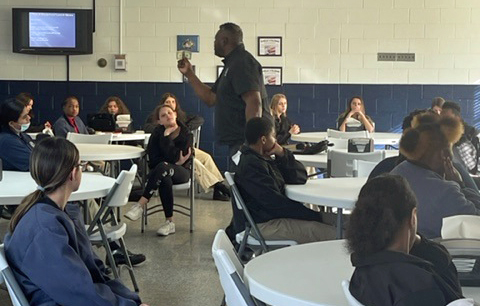