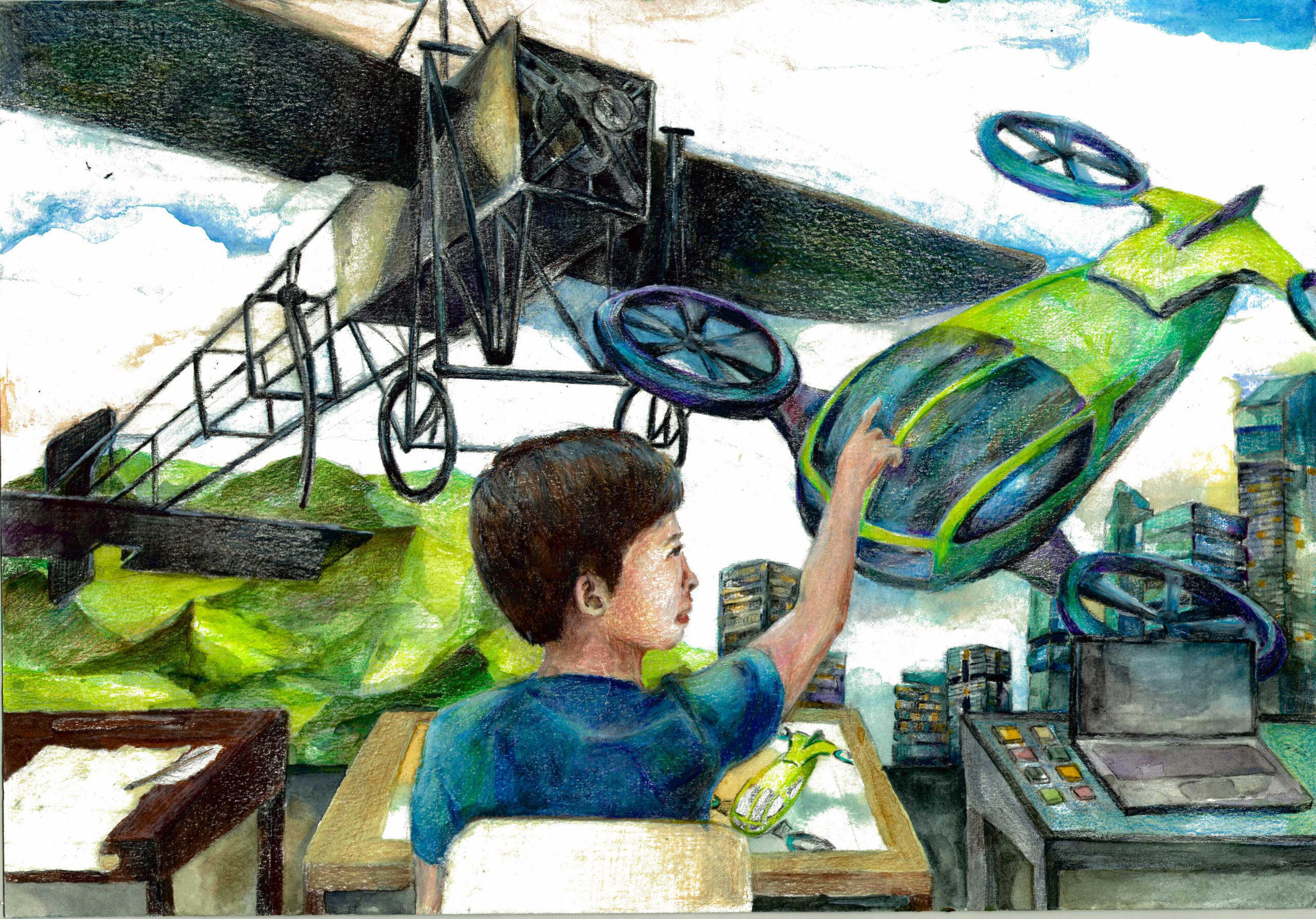 RALEIGH – Two North Carolina students are soaring after their art celebrating aviation earned them top honors in the 2020 National Aviation Art Contest and a chance to compete in an international contest.

After placing in the top three of the N.C. Department of Transportation’s State Art Contest earlier this year, both students’ paintings were sent on to the national competition hosted by the National Association of State Aviation Officials in Washington, D.C. Their art will now be sent to Switzerland to compete in the Fédération Aéronautique Internationale’s International Art Competition.

This year’s theme was “Flying Yesterday and Tomorrow.” NCDOT received 2,420 entries from 219 schools and 269 hometowns. A total of 5,816 students have participated in the N.C. Aviation Art Contest over the last four years. Artwork from all N.C. finalists can be found on the NCDOT Flickr page.