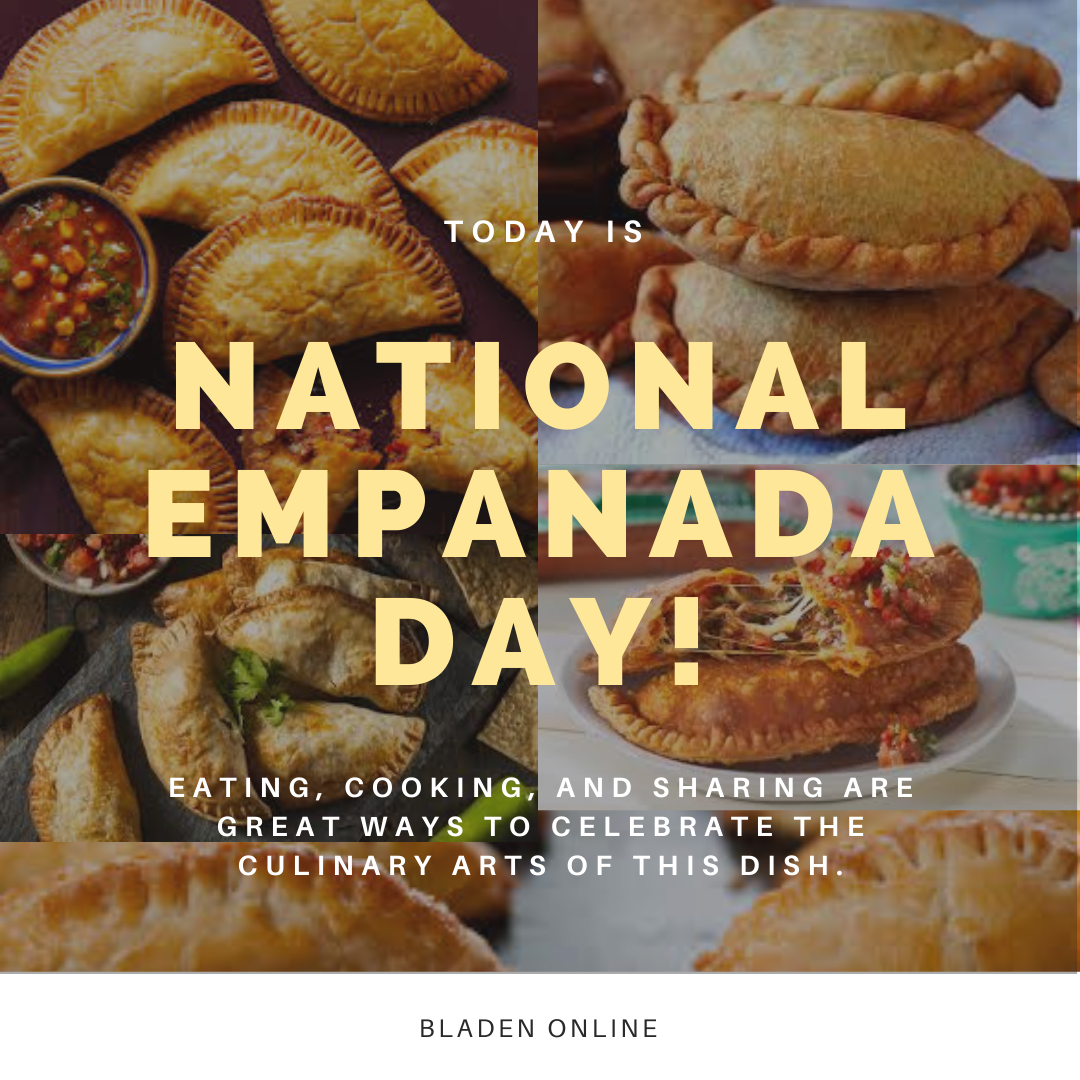 Today is the national empanada day, and it must be celebrated as it deserves. It can be with meat, chicken, cheese, mushrooms, seafood, mixed, even fruits, or whatever the palate decides. Eating, cooking, and sharing are great ways to celebrate the culinary arts of this dish.

The pie measures approximately 10cm, and its weight ranges between 120 and 150 grams. The color of this muffin is generally yellow. Further, the empanada is popularly known for its crescent shape.

The term empanada comes from the term “empanar,” which is cover something with bread. Nowadays, empanadas are found in many parts of the world. Depending on people’s tastes and traditions, each place offers a distinctive and particular touch in empanadas.

This food has its origin in Persia, centuries before Christ. The empanada was characteristic in ancient times for its flaky and filling consistency. The taste for this dish was that popular that it became recognized in Armenia, Morocco, and the Middle East. Moreover, people began to innovate in the empanada’s preparation, changing its filling on different occasions.

Later, as a result of the spread of Arab culture, the empanada’s preparation became popular in Spain. As popularity increased, this food underwent multiple types of transformations.

Finally, the empanada was brought and adapted to the continent of America from the Spanish conquest. Since then, the empanada has become known in countries such as Colombia, Mexico, Argentina, and Chile. These and many other places have made this culinary technique one of their most famous gastronomic performances and tastings.

An empanada is a thin dough of bread, broken or puff pastry. Additionally, empanada can be filled with a salty or sweet preparation. Also, the pie can be baked or fried.

Some examples of fillers may include red or white meat, fish, vegetables, or fruits. Many people like to add garnishes like cheese and some types of sauce to their patty.