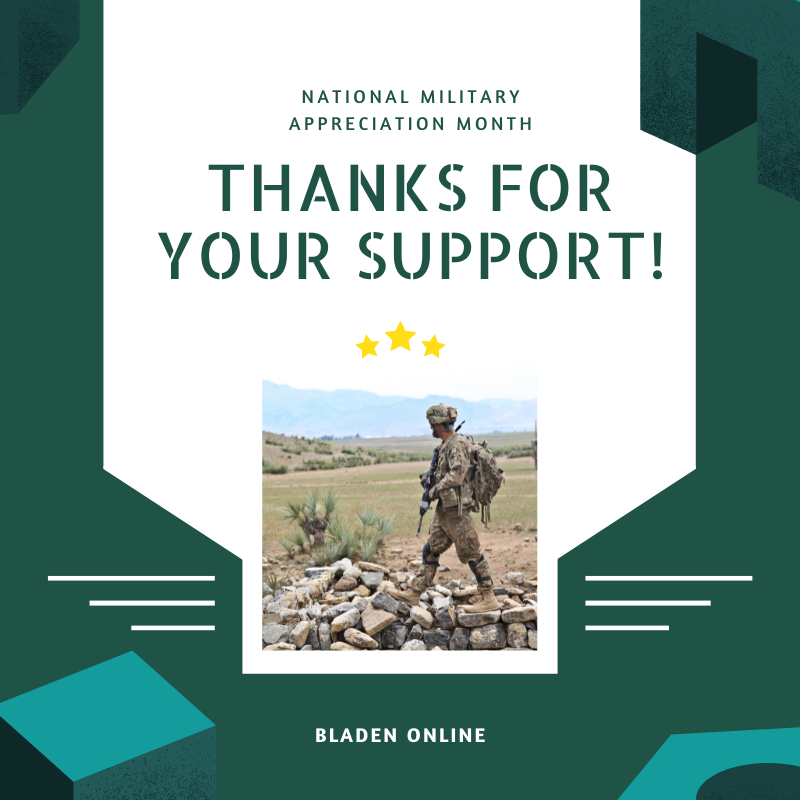 Military Service Members are those people willing to collaborate, defend and help, despite the circumstances. They are who we call heroes. Who we want to thank and recognize in May.

Hester Tire, located at 13442 NC-131 Hwy N in Bladenboro, also stated they would beat any price on tires for Military Service Members.

One of the most complex battlefields in our society is the Military. The effort and courage of the Military are a constant task.

Members of the U.S. Military are available worldwide. Its motto is to defend the interests and security of the nation. In May, we have the opportunity to learn about the military mission and its commitment to the community. We also have the opportunity to express our appreciation to the Military for their efforts. And not just to the Military, also their families. And to each person on the logistics team that has allowed them to fulfill their functions entirely.

As citizens and as human beings, it is essential to support each other and emphasize the importance of each in society. Day after day, the Military strives to resolve conflicts and maintain order. They are civilians who chose to do their one’s bit from another battlefield. The Military has been composed of essential components such as the oldest military forces, Army, to other ones like Marine Corps, Navy, Air Force, Space Force, Coast Guard, National Guard. Each part does aptly become trained and placed at the service of the nation.

Currently, in the United States, the Military is a volunteer force in its entirety. These people choose to enter the military ranks to prepare both physically and mentally against any threat. The mission of the Military is to protect the safety and lifestyle of citizens. In addition to serving the nation, the Military is leaders, they are citizens, and they are fellow Americans.

Defending the sovereignty and territorial integrity of the country is one of their primary duties; however, it is not its only mission. The Military conducts humanitarian missions and routine activities. In addition, some of its commitments include support for combat missions, humanitarian efforts, domestic emergencies, and national security operations.

Their mission is not only on land. They are also in the air and space service, and also above and below the water.

National Military Appreciation Month invites us to honor, remember, and appreciate the patriotism and dedication of our nation’s armed forces. The initiative to celebrate this month by the Military began as a simple idea. The goal was to bring together people from across the United States to recognize, honor, and celebrate the work of these citizens.

Congress officially designated the day in 1999. Since then, Military Appreciation Month is recognized each year in May.

According to the organization, Vehicles for Veterans, these are some of how people can show appreciation to the Country’s Military forces: