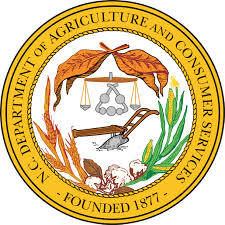 The North Carolina Board of Agriculture met recently and approved a referendum request from the N.C. Blueberry Council.

The Council had requested approval to conduct a referendum among commercial blueberry growers in 12 counties, including Bladen.  Growers will be voting to assess themselves to support research and education about blueberries.
According to various sources, the assessment rate would be 5.4 cents per 9 pound of fresh blueberries sold and 2.7 cents per 9 pounds of blueberries for processing.  The assessment would be in effect for crop years 2015 thru 2020, according to a Blueberry Council news release.
The referendum includes growers in Bladen, Brunswick, Columbus, Craven, Cumberland, Duplin, Jones, New Hanover, Onslow, Pender, Robeson, and Sampson counties.
According to published sources, any grower producing fewer than 10,000 pounds of blueberries that are sold locally is exempt from the assessment.
Julie Woodcock, executive director of the N.C. Blueberry Council, pointed out the fees growers will pay are not passed on to consumers.  Prices on blueberries are controlled by the market.
The referendum will be held in April.
In an earlier report, Woodcock reported the 2013 value of the North Carolina blueberry crop was over $70 million.  Last year, (2014) the volume of the crop was up 25 percent to 44 million pounds, the highest in the southeast except for Georgia.  Woodcock pointed out there was a lot of rain last year that affected the crop and reduced its value.
The North Carolina blueberry market, with a season from about May 15 to the end of July, has grown very quickly, according to Woodcock.
Share: