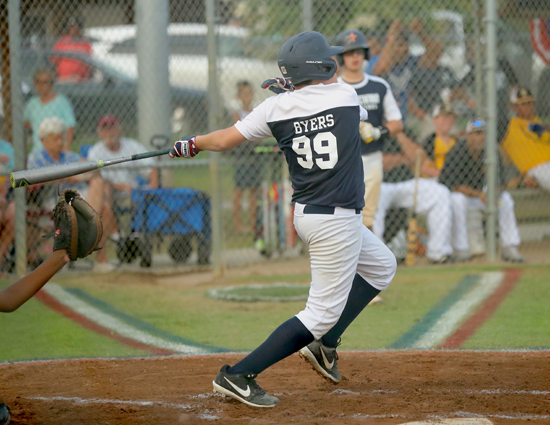 Elizabethtown, the last undefeated team remaining in the tournament, will play West Robeson Thursday night at 7:30. Fairmont will play Leland at 5:30. 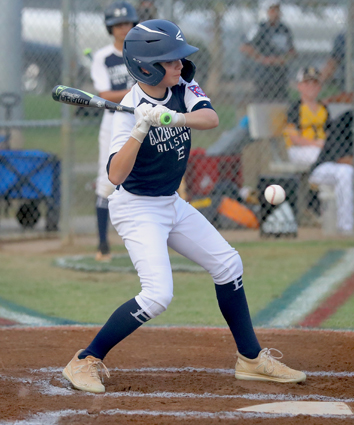 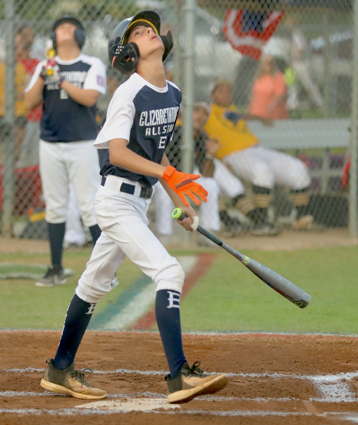 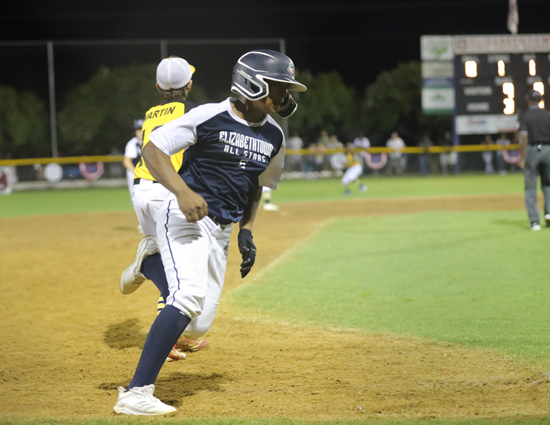 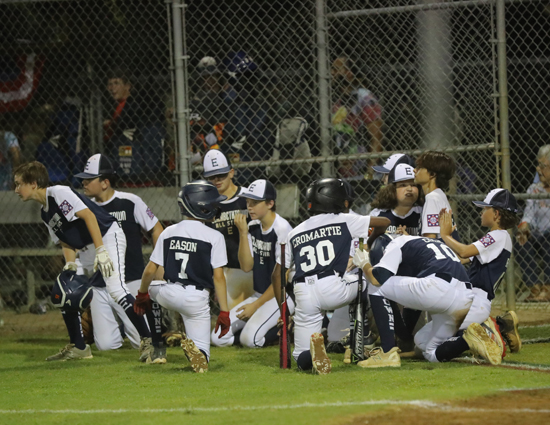 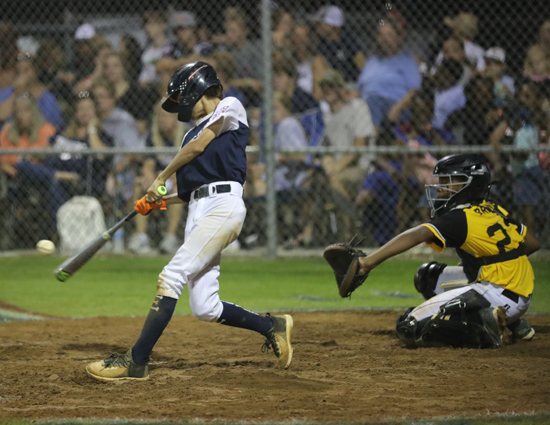 Collin Cole led off the game with a single to center field and came around to score on a pair of passed balls to give Elizabethtown an early 1-0 lead.

Fairmont rallied in the bottom of the inning. Pitcher Malik Singletary reached base on an error, Nishique McQueen rapped a single past shortstop, and Jamarion Brown vaulted Fairmont in front 3-1 with a home run over the left field fence.

Singletary kept Fairmont on top by hurling a pair of scoreless innings, before Elizabethtown exploded for 5 runs after 2 were out in the 4th inning. Byers crushed a solo home run over the left field fence, Josh Dawson walked, and C. J. McCracken walloped a triple to right field that tied the game 3-3.

Jayce Hatcher walked, and Eason ripped a single to left that scored McCracken with the go-ahead run. Easton Bostic reached base on an error that scored both Hatcher and Eason as the lead grew to 6-3.

Bostic slapped a single past 2nd that drove home Dawson and McCracken. Cole walked and Tatum cleaned the bases with a double to center field that stretched the lead to 14-3.

Tatum batted 3-for-4 with 2 doubles, 4 runs batted in and a run scored to lead the winners at the plate. McCracken was a perfect 2-for-2 with a triple, an RBI and 2 runs scored. Byers walloped the home run and a double, had 2 RBIs and 2 runs scored.

Dawson slugged the RBI double and scored 2 runs. Cole, Eason and Bostic smacked 1 hit each. Cole scored 3 runs, Eason scored twice, and Bostic and Hatcher scored 1 run each. Bostic had 2 RBIs, and Eason had an RBI.