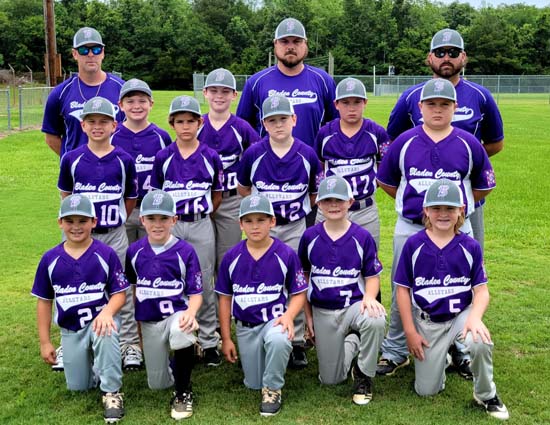 NORWOOD – Bladen County scored 4 runs in each of the last 3 innings to close out a 12-2 mercy rule victory over Fairmont Saturday in the opening round of the North Carolina Dixie Youth Baseball Minors (AAA) State Tournament.

Gauge King, Brooks Carroll and Keithan Russ drew walks in the Bladen 4th inning. Gauge King and Carroll both stole home as Sawyer King walked. Gause smashed a single to left-center field as Russ and Sawyer King scored to push the lead to 8-0.

Fairmont sliced the lead to 8-2 in the top of the 5th inning.

Corben Chadwick laced a single to right-center to begin the Bladen 5th, and Gauge King knocked in Chadwick with a double to left-center. Dalton Ammons and Carroll drew walks, and Gauge King and Ammons both scored. Carroll later scored on Russ’ ground ball to end the game on the run-rule.

Ammons started on the mound for Bladen and pitched 3 scoreless innings allowing only 1 hit. Gauge King, Sawyer King and Gause all pitched in relief for the winners.