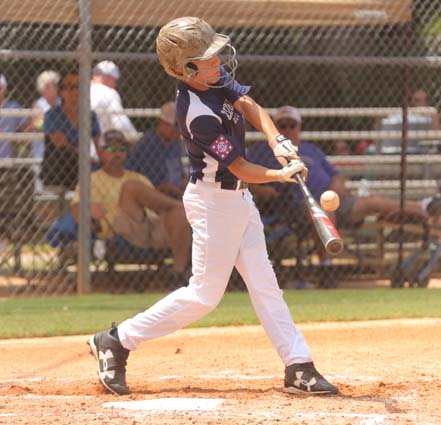 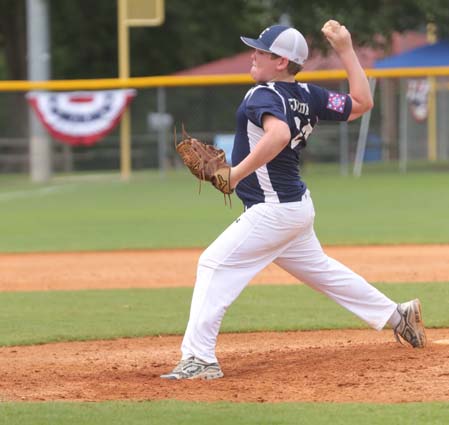 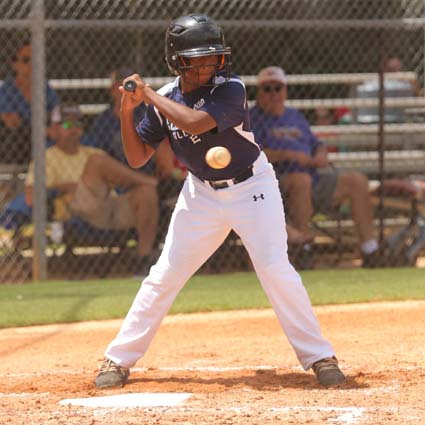 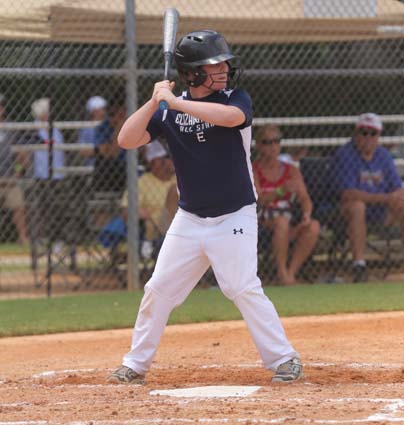 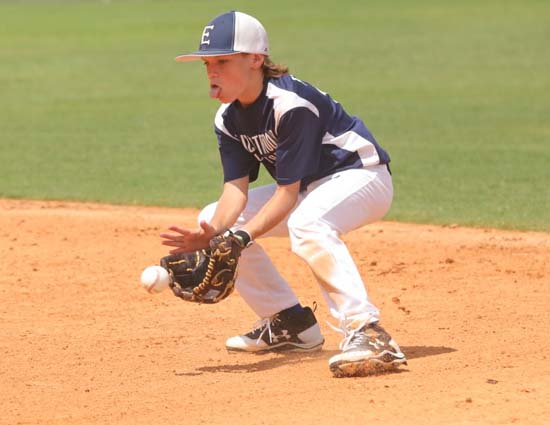 LELAND- Elizabethtown pounded out 19 hits and rolled to an 18-3 victory over Dunn Wednesday in the North Carolina Dixie Youth Baseball State Tournament.

With the victory Elizabethtown advances to the ‘Final Four’ and will play unbeaten South Park Thursday at 2 p.m. An Elizabethtown victory Thursday would leave 3 teams in the tournament and all 3 would have one loss.

Garrison Tatum drew a lead-off walk, and Evan Pait lashed a single to right-centerfield in the top of the first. Ty Mathis then blasted a 3-run home run that scored Garrison Tatum and Pait.

Dunn answered with two home runs sandwiched around a walk to tie the game 3-3 in their half of the first.

Elizabethtown exploded for 9 runs in the second inning. Hunter Elks smashed a double to leftfield to start the rally, and Weston Hatcher knocked him in with a single to leftfield. Destin Montgomery swatted a single to rightfield, and Nathan Howell walked.

Ryan Johnson hammered a 3-run homer that scored Pait and Mathis ahead of him. Walker Ward yanked a single to rightfield, and walks to Coleman Tatum, Tyler Johnson and Carson Gooden forced home Ward and pushed the lead to 12-3.

Mathis batted 4-4 with a home run, 5 runs batted in and 4 runs scored to lead the winners attack. Ryan Johnson finished 2-2 at the plate with the 3-run homer. Pait was 3-4 with a double, 3 runs scored and 2rbi’s.

Ward also batted 3-4 with 2 rbi’s. Garrison Tatum finished 2-3 at the plate with a double and 3 runs scored. Elks slammed the double, and Coleman Tatum, Gooden, Hatcher and Montgomery added a single each.