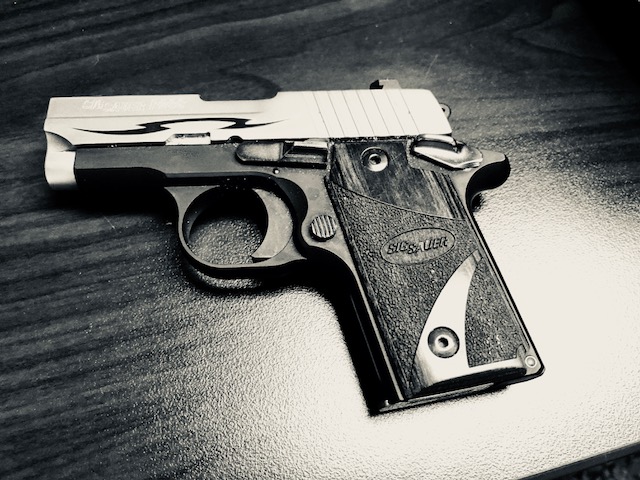 A proposed bill aimed at curbing gun violence in North Carolina is now being reviewed by the Judiciary Committee in the NC House.  NC House Bill 86 was proposed by Democratic Representatives Christy Clark, Marcia Morey, Pricey Harrison, and Shelly Willingham.

The purpose of the NC House Bill 86 is to restrict gun use and reduce gun violence. The bill proposes a 72-hour waiting period before a purchaser can take delivery or possession of a firearm, it requires anyone purchasing or possessing an assault rifle to be over the age of 21, it requires anyone purchasing or possessing a long gun or hand gun to be 18 years of age,  and it will also prohibit the sale or possession of bump stocks or trigger cranks. The bill also includes language regarding the proper storage of firearms.

The bill passed its first reading in the General Assembly in February and was referred to the Judiciary Committee for review and that is where it currently remains.

The bill also seeks to revise the reciprocity law for concealed carry permits. The bill specifies that the NC Justice Department will maintain communication with their counterparts in other states as to whether North Carolina residents may carry a concealed weapon in their state based on the fact they have a North Carolina Concealed Carry Permit.

NC Rep. William Brisson said, “I haven’t seen much support for it other than the anti-gun lobby.”

Rep. Brisson, who represents NC House District 22, said that he didn’t think House Bill 86 was one he could support. He added he would have to see if the bill makes it to the House floor. Rep. Brisson explained that numerous bills which are proposed often are sent to various committees in the General Assembly and never make it back to the House floor for a vote.

“It may get through the Judiciary Committee but it will then have to go to the rules committee,” said Brisson. “I don’t foresee it going anywhere.”

He added that he does not support any House bill that will take guns away from the citizens.

Brisson stated, “It doesn’t sound like anything I can support.”

He explained there are several new members of the legislature that are proposing new bills which that are being assigned to various committees to be reviewed. Many of the bills will be reviewed and amended before returning to the House floor.

Democrat Marcia Morey told the Daily Tar Heel that the Democratic members in the NC House are trying to reduce gun violence in the state.

House Republican Representatives Larry G. Pittman, Larry W. Potts, and Keith Kidwell introduced NC House Bill 61 which seeks to expand North Carolina’s Concealed Carry Law to allow individuals who meet certain criteria to carry a concealed weapon under certain circumstances without having a permit. Currently, under North Carolina law, a person must have a concealed carry permit issued by their county sheriff’s office in order to carry a weapon that is concealed.

Rep. Morey told the Daily Tar Heel that other states are working to curb gun violence and it is time for North Carolina to join them in reducing gun violence among the state’s residents.  According to the Center’s for Disease Control in Atlanta, Ga, in 2016, the latest for which data was shown, North Carolina had 1,409 firearm-related deaths for a rate of 13.7 percent and the US death firearm death rate was 11.8 percent or 38,658 deaths. The CDC ranks North Carolina as 21st overall for gun-related deaths.