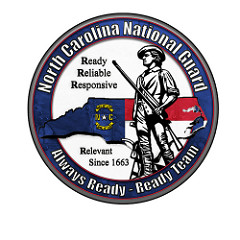 RALEIGH, N.C. – North Carolina Army National Guard Sgt. James Allen Slape, 23, of Morehead City, was killed in Helmand Province, Afghanistan on October 4, 2018, as a result of wounds sustained from an improvised explosive device. According to the Department of Defense, the incident is under investigation. Slape was promoted to the rank of sergeant posthumously.

“We are deeply saddened by the news of Sgt. James Slape losing his life while serving our Country,’ said Maj. Gen. Greg Lusk, Adjutant General of the North Carolina National Guard. “We honor his courage, his selfless service and we extend our deepest sympathy to his family, friends, and fellow Soldiers as we hold them firmly in our hearts and prayers during this difficult time.”

Sgt. Slape’s unit deployed to Afghanistan in support of Operation Freedom’s Sentinel and Resolute Support, in April 2018. The unit is scheduled to return to the U.S. in the spring of 2019.

When told of the news of Sgt. Slape’s death in combat, the Governor of North Carolina, Roy Cooper stated, “National Guard members step up and answer the call to service wherever they are needed, whether at home to help during a natural disaster or overseas to protect our national security. They leave their homes, their families and their jobs and put their lives on the line for us. On behalf of the people of North Carolina, I honor the service and sacrifice of Sgt. James Slape and offer our deepest sympathy to his loved ones and his fellow soldiers.”

Sgt. Slape is the 26th North Carolina Army National Guard Soldier to be killed in action, since September 11, 2001.

The Slape family requests that members of the media respect their privacy as they go through this difficult time.