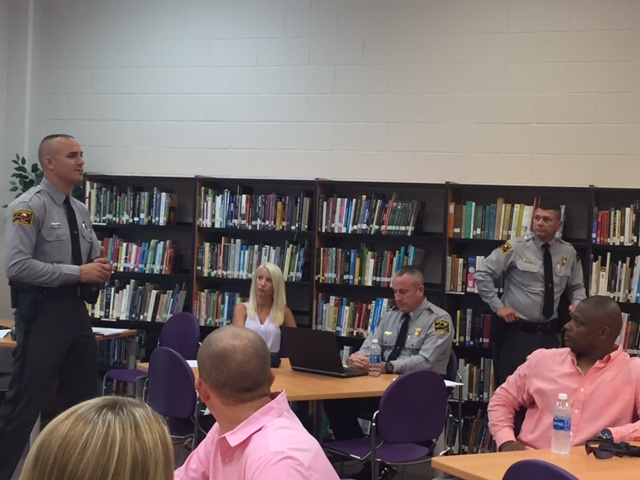 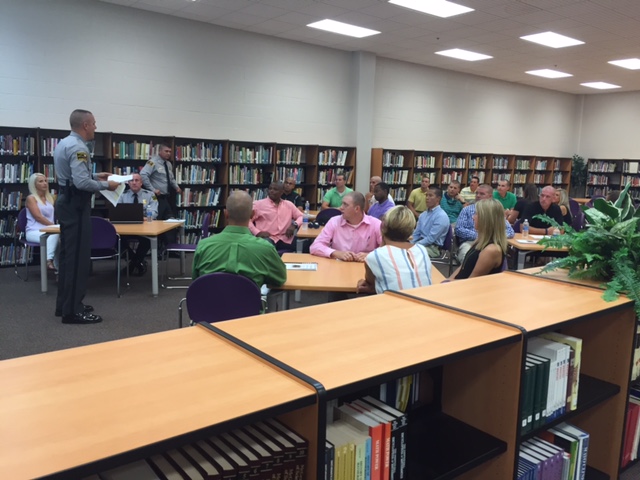 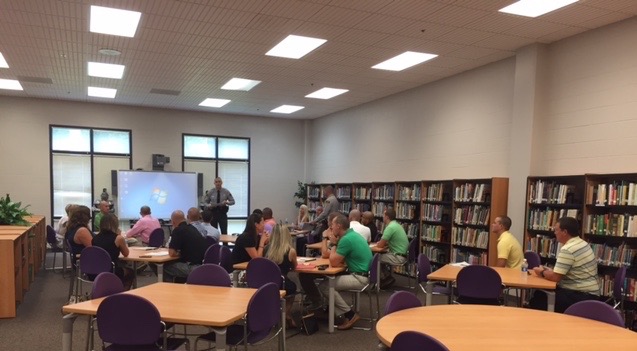 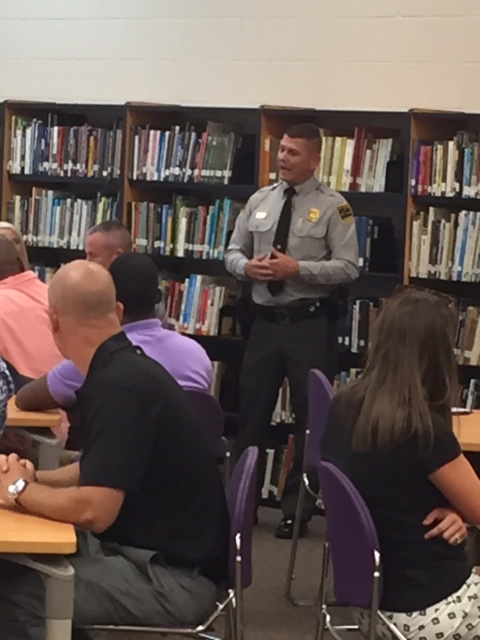 The NC Highway Patrol held a recruitment meeting on Tuesday afternoon at West Bladen High School for candidates that will be entering the upcoming Highway Patrol School which is slated to begin on Sunday.

NC SHP Recruiter Andrew Pait said the session is to better prepare the recruits for the challenges that will lay ahead of them during Highway Patrol School. Pait said many cadets tend to resign and when the instructors would talk with them about their reasons for leaving, Pait said the answer was always, “I wasn’t prepared.”

He explained that Highway Patrol School is very strict and very disciplined.  “They (the cadets) don’t realize just how tough it will be,” said Pait.

To combat this, Pait said they created the information session to try and help the cadets and their families to better understand what will take place and what they will experience. For example, he said that no cell phones are allowed and there is no television. Pait said that during Highway Patrol School the cadets are on a strict schedule and their time is basically managed for them from 5 a.m. until 10 p.m. During that time, the cadets are involved in physical training, classroom work, learning driving skills, firearms training, etc.

He said another aspect of the information session is to talk with the spouses or whomever is supporting the candidate at home. Pait said the goal is to let the families that will remain at home know what  they can expect and what they can do to help their loved one while they are in school.

Pait said the goal of the information session is to have a higher number of cadets who stay and complete the training. He said it is a lengthy process from applying to actually being chosen to attend Highway Patrol School. Pait said the application itself takes anywhere from three weeks to one month to complete. As part of the application process the applicant must complete a PT assessment that includes the Cooper Fitness Test and a flexibility test. The applicants must also complete a written test and if they successfully complete all of that, they must then pass a polygraph. The applicant must also undergo a thorough background check.

Pait said this particular group of cadets either have prior law enforcement work experience or they have completed Basic Law Enforcement Training and earned their certification.

He related that the first week he was at school, it was “the longest week of my life.” Capt. Batchelor added, “It would have ben easy to quit and go back to the little town where I grew up.”

He told the group that they will experience difficult days while in school but the reward is when they have completed all of the requirements and they get to wear the uniform of the NC Highway Patrol and drive the black and silver patrol car each day they are on duty.

Kyle Matthews of Wilmington was attending the session. He formerly worked with the Wilmington Police Department. He said that becoming a Trooper has been a goal of his since childhood. He described the experience thus far as “good.”

“I just want to further my career by working for the NC Highway Patrol,” said Inman.

Both said that they are looking forward to their time in Highway Patrol School.